MAILROOM LOCKDOWN: Two incendiary packages arrived at state offices on Thursday — possibly from someone who doesn’t like seeing road signs asking people to report suspicious activity. The package for Gov. Martin O’Malley that was received in Annapolis, and the package for Transportation Secretary Beverley Swaim-Staley received at DOT headquarters in Hanover caused alarm and a statewide mailroom lockdown, but no injuries, reported Tricia Bishop, Nicole Fuller, Annie Linskey and Nick Madigan of the Baltimore Sun. The Capital reports that workers exposed to the packages were sent to the emergency room as a precautionary measure.

The Post’s Maria Glod, Ovetta Wiggins and John Wagner reported that no threats have been made to any state officials.

The Associated Press article, which ran in The Daily Record, states that the FBI’s joint terrorism task force is assisting in the investigation.

The Sun’s Scott Calvert reported on the statewide mailroom shutdown, and his colleague Annie Linskey reports on O’Malley’s schedule, which was relatively unchanged by the package. Felicia Howard and Abby Rogers of MarylandReporter.com report that the General Assembly also kept its cool — largely because members haven’t arrived in Annapolis yet. Despite the road closing and police activity to clear the building where the package was received, The Sun’s Andrea Siegel reports that the incident was fairly low key and many in Annapolis didn’t know it was going on.

The Sun has a photo gallery of the day’s events.

WBAL was on the scene, as was ABC2, WBFF, and WJZ. Joel McCord and news analyst Fraser Smith talk about the scare on WYPR.

While there was no harm done by the two packages, the state has been on high alert, shutting down streets in Baltimore and a section of I-95 in Howard County to examine packages, a team of reporters from WBAL wrote.

NO PENSION SHIFT: O’Malley assured county leaders attending the Maryland Association of Counties conference on Thursday that he will not shift the pension burden for teachers — currently paid for by the state — to county governments, reports The Sun’s Julie Bykowicz.  O’Malley said that the pension system is in need of other fixes, but counties will be in no better position to shoulder the costs than the state, reports MarylandReporter.com’s Len Lazarick. The AP story, run by WTOP, indicates that O’Malley plans to improve the funding level within the system and ask for larger contributions from members. The governor went on to warn the local leaders that his budget will contain many painful cuts, and the bottom line, reported The Post’s John Wagner, is that no one will be happy.

SMART GROWTH: Although Maryland has focused on Smart Growth for the last 13 years, a new study finds that the policies and laws put in place to further it have had little impact on suburban sprawl and congestion, reports The Sun’s Timothy Wheeler.

PRAISE FOR COLMERS: The opinionators at The Sun roundly praise outgoing Secretary of Health and Mental Hygiene John Colmers for his effective management of the department and progress it has made under his leadership.

CONGRESSIONAL CONSTITUTION READING: In its first full day of session, the U.S. House of Representatives read the U.S. Constitution. Rep. Elijah Cummings questioned why some passages that have been eliminated by amendments — like counting slaves as three-fifths of a person — were eliminated, while Rep. Donna Edwards participated in the reading, reported the Sun’s Matthew Hay Brown.

HIGHEST PAID LOBBYISTS: Just in time for the General Assembly session to begin, the Sun put together a list of the 10 highest paid lobbyists and indicated who they’re working for. The Sun’s Andy Rosen blogs about the background of the lobbyist receiving the most — attorney Joel Rozner, making about $1.3 million.

GAY MARRIAGE: Morgan Meneses-Sheets, the head of gay rights group Equality Maryland, tells The Post’s Mike DeBonis that she believes 2011 is the year gay marriage will become law in Maryland.  She also told The Sun’s Annie Linskey that Allan Kittleman’s proposal to establish civil unions falls short of their goal to establish a same-sex marriage law.

O’MALLEY INAUGURATION: A scaled-down celebration — full of circumstance but without a lot of pomp — is planned for O’Malley’s second inauguration on Jan. 19, reports Liam Farrell of The Capital.  The Boonsboro High School band, which was invited to be in the inaugural parade that usually happens — but O’Malley scrapped for budget reasons — is “taking it in stride,” reports The Herald-Mail’s Andrew Schotz.

2011 SESSION PREDICTIONS: An analysis of the likely issues to come up in the 2011 General Assembly by the Daily Record’s Nick Sohr crystalize around one thing: the state’s budget woes.  The Daily Record’s Steve Lash writes about two other things that may happen quickly: allowing gay marriage and repealing the death penalty.

The $1.6 billion budget hole will challenge business leaders’ agenda in the 2011 session, Kevin James Shay reports in the Gazette.

Alan Brody in the Gazette reports on the gloomy budget scenario facing the legislators.

LEE, RASCOVAR: Yet again the words of wisdom from Gazette columnists Blair Lee and Barry Rascovar have broken links.

HEALTH CARE REFORM: Maryland has less to do than other states to prepare for federal health care reform, and The Daily Record’s Ben Mook writes that lawmakers will begin drafting the framework for it in the 2011 General Assembly session. 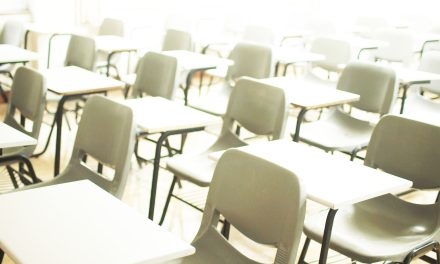