CORRECTION: With a slow economic recovery, increases in retirement costs and the end of federal stimulus funds, Maryland is facing a $1.6 billion budget gap and a $2.1 billion structural gap for fiscal year 2012, analysts from the Department of Legislative Services told a joint General Assembly hearing on Wednesday.

Warren Deschenaux, director of policy analysis for the DLS, said that the $2.1 billion gap is not guaranteed: It could get smaller depending on factors such as the new revenue projections due next month or revenue growth rates, which are exceeding expectations in the first four months of fiscal 2011.

However, he said, even if more money comes in, a large budget gap still will be there.

“When you’re starting at a number like $2.1 billion, getting a couple hundred million are nice, but it doesn’t mitigate the dimension of the problem,” he said.

The joint hearing included the Spending Affordability Committee, Senate Budget and Taxation Committee, House Appropriations Committee and the House Ways and Means Committee — which will be figuring out how to plug the financial hole in the next legislative session.
Coming up short

There is no single overriding reason why such a large budget gap is projected. It is a combination of many factors, including the nationwide economic recession and slow recovery, increases in funds to pay into the pension system and the end of federal stimulus funds — which brought hundreds of millions of federal dollars to the state for education, corrections and Medicaid.

Overall revenue growth is still projected, but spending is expected to outpace it.

The analysis assumes that there are no salary increases or cost of living adjustments for government workers, and that furloughs will continue. Also, it considers that public higher education will still be funded at the same level per student as it is this year.

The area that requires the most new spending – referred to as “the 800-pound gorilla for growth” by budget analyst Mary Clapsaddle – is in medical assistance. The state’s costs in this area are projected to increase nearly $1.2 billion. The bulk of that increase is because the state must pick up more slack when federal matching funds decrease 12 percentage points, from 62% to 50%. However, Clapsaddle said there are also large budgetary increases projected in rate hikes and enrollment.

The state contribution to employee pensions is also set to skyrocket. According to figures Deschenaux shared earlier Wednesday with the Employees’ and Retirees’ Pension and Benefit Sustainability Commission, pensions are set to increase 10% annually from 2012 to 2015. General fund revenues are only projected to increase 5% each year.

To offset stimulus fund losses for education, the state is expecting to increase its aid to public schools by $135 million, an increase of 2.4%. Expected state aid to schools in 2012 is more than $5.8 billion – or more than 88% of the total aid given to county and local programs.

Exacerbating the loss of stimulus funds is the state’s slow economic recovery. Analyst Theresa Tuszynski said while the news looks deceptively positive – fiscal 2010 revenues were $184 million above estimates – total revenues are still shrinking. The state finished 2010 2.4% below where it was at the end of FY 2009. However, Tuszynski said that compared to the first four months of fiscal 2010, revenues in the current fiscal year have increased 4.2%. And for fiscal 2012, analysts are projecting a total 3.6% increase in all revenues.

The current recession, which “officially” ended last June, left the state with a deep loss in jobs. Maryland has a year-to-date unemployment level of 7.4%. The number of jobs is slowly on the upswing, but analysts do not predict that the numbers will be back to normal levels until 2013 or 2014.
The squeeze will continue

The state is stretched thin in most other places as well. In the current fiscal year, more than a third of the total revenues from general obligation bonds have been programmed for specific items in the operating budget. These funds are filling gaps, including nearly $177 million to replenish fund balances in several capital program accounts and $102 million to replace shortages in revenues – as in transfer taxes. Also, almost $44 million has gone to capital programs that traditionally run out of the General Fund.

Bond money availability does not get better. For the coming fiscal year, most of the bond funds is already obligated, with only about a quarter of it — around $239 million – available for other uses.

Analyst Dylan Baker looked at executive department positions and found that the state has already cut its personnel budget appropriately. About 93% of all full-time positions are filled. Of the 7% that are empty, most of the positions have been frozen or eliminated through attrition; there are only 122 job vacancies actually funded in the budget.

And while new revenues from slot machine gambling are expected to add more than $1 billion to the budget by 2015, that money is growing relatively slowly. With just two of the five permitted facilities slated to be in operation this fiscal year, the state is looking to take in only $132 million this year. The figures assume that the Anne Arundel casino will not be in operation until November 2012, a Baltimore City casino will open in July 2013, and there are no revenues projected at all from the Rocky Gap casino, which has received no bids to date.

Leaders from both parties said that it is time to take some action. However, with a pledge from Gov. Martin O’Malley and legislative leaders not to raise taxes in 2011, what will be done remains unclear.

“It is going to be very, very difficult to come up with $2 billion in cuts,” said Senate President Mike Miller.

Two other commissions are looking at ways to change factors in the budget, and are due to issue recommendations at the end of the year. The Business Tax Reform Commission is completing two years of studying how to fairly tax corporations, and will issue its recommendations next month. The Public Employees’ and Retirees’ Benefit Sustainability Commission is also evaluating pension and benefits for state employees and retirees, and will make recommendations on potential reforms.

The Spending Affordability Committee will meet again on Dec. 16 – a day after the Board of Revenue Estimates is scheduled to have a new financial projection for the fiscal year.

The report from the Department of Legislative Services is available here. 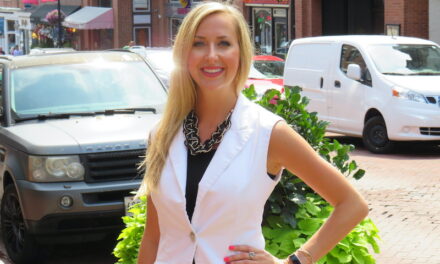 Locklair: ‘We need to help women succeed and feel safe’ in the workplace

Analysis: GOP responds to State of the State before it’s given