FOLLOW THE MONEY: The Washington Post’s Aaron Davis and Luke Rosiak take a close look at who funds the race between Gov. Martin O’Malley and former Gov. Bob Ehrlich, and finds that Baltimore is no longer the epicenter for campaign cash. There’s a nifty Google-aided map that helps you pinpoint where the money came from and how much was donated. Scroll below it to see different ways to sort the data.

BIG DO-OVER: Brian Shane of the Salisbury Daily Times reports on the Big Do-Over: The gubernatorial race is the same, but the issues are bigger.

2 HOPEFULS/2 MARYLANDS: As the race for governor draws to a close, Ehrlich and O’Malley — the two major gubernatorial candidates — are largely focused on winning over two different Marylands, John Wagner and Aaron Davis report for the Post.

AGENDA SETTING: Whoever wins the governor’s mansion will not only set the state’s agenda for the next four years, but also will carry the fortunes of his party, Liam Farrell reports for the Annapolis Capital.

SUN FOR O’MALLEY: In a lengthy editorial on Saturday, the Baltimore Sun joins the Washington Post in endorsing O’Malley for governor.

DAILY TIMES FOR EHRLICH: He became the fall guy in his first term as governor, but Ehrlich has supported the Lower Shore and should be returned to Annapolis, writes the editorial board for the Salisbury Daily Times.

MORE FOR EHRLICH: With what it calls “significant reservations,” the editorial board of the University of Maryland’s Diamondback endorsed Ehrlich. And the Washington Times, of course, endorsed Ehrlich for governor.

O’MALLEY UPBEAT, GROUNDED: For all the uplift of the song O’Malley uses to introduce himself — Bruce Springsteen’s “In the Land of Hope and Dreams” — the candidate who emerges to its thumping chords is a grounded one, disciplined and detail-oriented, writes Jean Marbella of the Sun.

EHRLICH HAS FIRE: Ehrlich stirs up the fire in his belly in his attacks on O’Malley, writes the Sun’s Childs Walker

O’MALLEY AT PATCH: Patch also did video interviews with O’Malley, but the sound quality in the final three is so poor, you can’t hear his answers. You’ll be less frustrated if you just read the fact-checks in the text that accompanies Part III and Part IV.

LAST MINUTE STUMPING: O’Malley and Ehrlich use the airwaves to offer their closing arguments. View the ads in the Sun. The two candidates spent the weekend courting those last minutes votes, WBAL-TV reports.

Julie Bykowicz and Annie Linskey of the Sun report that Ehrlich and O’Malley spent the weekend in a final push for votes crisscrossing the state — O’Malley headlining events and Ehrlich taking a more low-key approach, popping up at others’ events. At a Saturday morning event, former Democrat Gov. Marvin Mandel showed up to back Ehrlich, writes John Wagner of the Post.

JUVIE SERVICES: Alexis Gutter of Capital News Service reports in the Daily Record that the troubled Department of Juvenile Services continues to be a sore spot for both gubernatorial candidates. Each as governor has found its problems difficult to deal with.

RELIABLY BLUE: Jon Aerts of Capital News Service writes in the Annapolis Capital that the election is unlikely to change Maryland‘s political makeup. Republicans will continue to see an uphill fight in Maryland, a reliably blue state, writes Frederick Kunkle of the Post.

KATIE & KENDEL: Ann Marimow of the Post profiles the careers and personal lives of Katie O’Malley and Kendel Ehrlich, whose backgrounds should have drawn them together but their politics set them apart. There’s a nice photo gallery by photographer Mark Gail accompanying the article.

AD FATIGUE: Marian Norris said as she cast her ballot at the Harford County Public Library, “I’ve stopped watching the local news because of them.” She of course was referring to campaign ads, which have pummelled the airwaves, writes Ben Pershing of the Post.

OVERSEAS EXTENSION: A federal judge has ordered the state of Maryland to extend the deadline for accepting overseas ballots by 10 days — from Nov. 12 to Nov.22, the Associated Press reports. The Daily Record’s Brendan Kearney reports that the suit was brought by the Miltary Voter Protection Project and an unnamed Maryland National Guard soldier.

EARLY VOTING: Statewide, early voting drew more than 200,000 voters, Annie Linskey blogs for the Sun. Well over twice as many people took advantage of early voting for this week’s general election in Baltimore County compared to those early voters in the September primary, Steve Schuster reports for Patuxent Publishing.

The editorial board of the Frederick News Post says that no matter the reasons behind pushing for early voting, the process seems to have caught on.

VOTER QUESTIONS: Washington County elections officials are fielding a variety of questions from people trying to figure out if they’re registered to vote, where they should vote and whether they can have assistance, writes Julie Greene of the Hagerstown Herald Mail. The Salisbury Daily Times attempts to help its readers by answering those questions and more in this article on voting information.

VOTER SMARTS: Columnist Tim Rowland of the Hagerstown Herald Mail offers a glimpse at what Washington County voters should look for on Wednesday from Tuesday’s election.

GO VOTE: Editorial writers for the Salisbury Daily Times write that the only views that count at this juncture are those of the voters. So vote!

FOOD DRIVE AT POLLS: Carroll County Democrats have coordinated another food drive for this year’s general Election Day Tuesday, but organizers say candidates from both parties are offering their help in carrying it out, reports Carrie Ann Knauer of the Carroll County Times.

MIKULSKI CRUISES: The campaign of U.S. Sen. Barbara Mikulski, who’s on the way to tie the longevity record in the Senate, is on cruise control, Paul West reports for the Sun. But Brian Shane of the Salisbury Daily Times writes that in this election, Eric Wargotz is offering her a challenge.

THE OTHER REMATCH: The governor’s race isn’t the only rematch on Tuesday’s ballot. Eastern Shore voters will have the opportunity to again decide whether they want Frank Kratovil or Andy Harris to represent them in Maryland’s 1st Congressional District, Brian Shane of the Salisbury Daily Times reports. GOP Chair Michael Steele came to his old stomping grounds of Maryland to get out the vote for Andy Harris, reports WBAL-TV.

Steele wheeled his “Fire Pelosi” bus tour into Maryland and joined three congressional candidates in trying to rev up GOP supporters, reports the AP’s Brian Witte in the Capital.

Here’s Andrea Siegel’s story on Steele’s visit for the Sun.

GETTING SILLY: Brian Hughes of the Washington Examiner writes that both the Kratovil and Harris campaigns are devising new, far-fetched attacks against the other side, showcasing their desperation to win the Eastern Shore seat, analysts say. Kratovil and Harris ads aired 6,405 times in seven weeks, Christopher Dean Hopkins blogs in the Post. Scroll down to watch those ads one more time!

DAILY TIMES FOR KRATOVIL: The Salisbury Daily Times says Kratovil should be returned to U.S. Congress.

TAX INCREASES IN 2011?: Members of the General Assembly discussed the very real possibility of using tax increases and funding cuts next year to close the budget gap, reports Barbara Pash for MarylandReporter.com.

FRESH PG CHAPTER: Miranda Spivak of the Post reports that Prince George’s County is poised to usher in a new political order with the election of a new county executive, county council, state’s attorney, sheriff and dozens of General Assembly members.

AMBULANCE FEES: While volunteer ambulance workers want to continue their runs for free, Montgomery County says their in nothing free about the service. It spends more than $14 million a year for gas, fire engines, utilities and other expenses related to the volunteer system, writes Michael Laris of the Post.

BALT CO SPENDING: The Sun’s Arthur Hirsch writes that the election debate resounds with Republicans claiming that Baltimore County spends too much money while Democrats argue that its fiscal health is strong.

BAILEY BAIL OFFER: Steven Schuster of Patuxent Publishing follows up the Sun story about the withdrawal offer from Baltimore County State’s Attorney candidate Steve Bailey, who said he would drop the race against incumbent Democrat Scott Shellenberger with just days to go before the election IF Shellenberger would agree to take a voluntary pay cut and change to a 401K plan from his current pension.

SLOTS VOTE: Suzanne Collins of WJZ-TV looks at the contentious slots issue and why it just may come down to the very last vote.

Erin Cox of the Capital writes that the fate of Maryland’s largest and most lucrative casino rests in the hands of Anne Arundel County voters. Depending on whom you ask, Question A can deliver salvation or destroy a community.

CORDISH IN VIOLATION? Members of a group opposing the slots referendum are seeking a review of their opposition‘s recent campaign tactics, believing that The Cordish Cos. have violated election law with forms of bribery, Elisha Sauers reports for the Capital.

BAY CLEANUP PLAN: State officials briefed business leaders Friday afternoon on the ongoing efforts to meet federally mandated Chesapeake Bay cleanup goals, which will impose limits on nutrient runoff from future development. Maryland was the only jurisdiction of the seven within the bay’s watershed to submit a “watershed implementation plan” to the EPA by the Sept. 1 deadline that met statewide limits for nitrogen, phosphorous and sediment pollution, reports Jeff Newman of the Gazette. 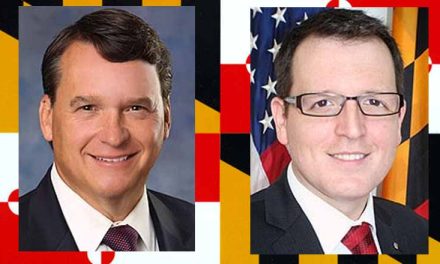 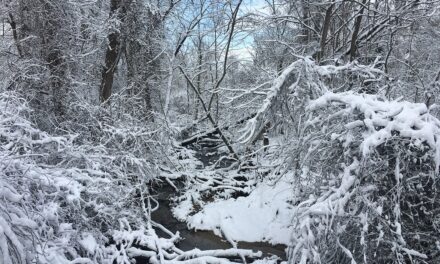