FINANCE REPORTS: Gov. Martin O’Malley ponied up about $10,000 for a campaign trail recreational vehicle and $1,189 for Amtrak trips. Former Gov. Bob Ehrlich doled out about $20,000 for a fashion show that doubled as a fundraiser and $3,000 for helicopter travel, all this according to their final pre-election finance reports, Julie Bykowicz and Annie Linskey report for the Sun.

EHRLICH SET SIGHTS: Although he is down in the polls — by 14 points according to two — Ehrlich is focusing on cutting the state sales tax and halting plans for a costly light-rail line in the Washington suburbs on his first day after being reelected, writes John Wagner of the Washington Post.

ON THE POLLS: Melinda Roeder of WBFF-TV interviews O’Malley and Ehrlich on the two recent polls and their attempts to rally their bases to get out to vote.

JOBS NUMBERS: Ehrlich and O’Malley are both wrong if they think the jobs numbers have anything to do with their leadership or should inform how anybody should vote next week. It’s the economy that makes the governor, not vice versa, writes Jay Hancock of the Sun.

O’MALLEY IN HARFORD: Ehrlich stumped there over the weekend, now it’s O’Malley’s turn: He’ll be in Harford County this morning.

FACT CHECK 2: Ann Marimow of the Post reports O’Malley stretches truth on the Ehrlich lobbyist label, but the criticism sticks.

LG HOPEFULS: The two major candidates for lieutenant governor failed to share the stage, or even the room, during a forum hosted last week by the Maryland Municipal League. They had requested to speak separately, writes Sarah Breitenbach of the Gazette.

Kratovil was really down in the polls; now he is tied with Harris. Josh Kurtz of Center Maryland ponders whether he could win.

UNLIMITED SPENDING: This year’s midterm elections mark the first since the Supreme Court decision allowing corporations and unions to spend unlimited amounts of money on political advertising.  Marc Steiner, of WEAA-Radio, discusses with James Browning, executive director of the Mid-Atlantic region of Common Cause, how the new spending has affected campaigns across the country.

ASK A POLLSTER: Want to chat with Sun pollster Steve Raabe of OpinionWorks? He’ll be taking questions in a live chat at noon here. You can also submit questions beforehand.

EARLY VOTING: In the two days of early voting, 787 Democrats and 684 Republicans voted in Frederick County, as well as two Green Party voters, four Libertarians, 200 unaffiliated voters and one voter marked as “other,” reports Meg Tully of the Frederick News Post.

MIKULSKI-WARGOTZ: While it wasn’t a full-fledged debate, U.S. Sen. Barbara Mikulski, who is way ahead in the polls, and challenger Eric Wargotz met for 30 minutes at Maryland Public Television to discuss the issues, Paul West reports for the Sun. Here’s a little more information on the uneventful MPT “debate” from West’s blog.  If and when a video link is posted, we’ll post it for you. In the meantime, here’s a photo gallery from Amy Davis of the Sun.

WARGOTZ ADS: Wargotz is finally hitting the airwaves, blogs Paul West of the Sun. You can view the campaign ad here.

SNOOZER RACES: Bringing humor into the fray, Jenny Rogers of TBD.com offers readers the most boring congressional races in Maryland and Virginia, and why they are snoozers.

CARROLL RACES: The candidates running to represent Carroll County in the General Assembly agree the 20% sales tax increase that passed in 2007 should be lowered, but differ about how or when it should be done, reports Adam Bednar of the Carroll County Times.

HARFORD RACES: In an attempt to help Harford voters differentiate between the contenders in the various races, including House of Delegates and state Senate, it asked the candidates to spell out their differences.

ON SPARROWS POINT: The Baltimore Brew asked Holt and Kamentz their views on the future of the Sparrows Point steel mill. Read their answers here.

POLLITT FOR WICO EXEC: Wicomico voters elected Rick Pollitt their first county executive in 2006. Despite rocky times, he deserves a second term, the editorial board for the Salisbury Daily Times writes.

CAPITAL ENDORSEMENTS: The Capital editorial board endorses the two incumbents for Arundel state’s attorney and sheriff.

SLOTS SIGNS: While experts say emotions rarely run high over ballot questions, each side in the slots question says it has lost countless signs to vandals in the tight ballot fight over whether to allow a slots parlor by Arundel Mills mall. Andrea Siegel writes the story for the Sun.

JUDGE PREVAS DIES: John Prevas, the chief judge of the Baltimore Circuit Court, died Monday evening after being taken to Mercy Hospital earlier in the day by an aide, Liz Bowie of the Sun reports. 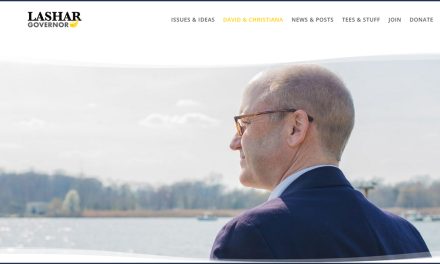