DC-AREA ISSUES: Robert McCartney, Metro columnist of the Washington Post, looks at the issues pertinent to Washington area Marylanders in the race for the governor’s mansion, including paying for Purple Line light-rail service between Bethesda and New Carrollton and fixing Prince George’s hospital system.

SCHOOL FUNDS: Republican Bob Ehrlich says he would discontinue funding a budget mechanism that provides money to localities where education is more expensive. Facing criticism that he has promised tax cuts that would blow a hole in the state budget, Ehrlich said that not funding the program would yield significant savings. The Associated Press’s Brian Witte reports the story in the Salisbury Daily Times.

POST POLL:  Aaron Davis of the Washington Post takes a closer look at the Post poll that shows Gov. Martin O’Malley leading Ehrlich by 11 percentage points. Ehrlich says that the Post poll is “so far out of whack” with any other public or private survey he has seen this election season, John Wagner of the Post blogs. Pat Warren of WJZ-TV interviews the two candidates on the poll. Here’s Julie Bykowicz’s blog on that poll. Nick Sohr of the Daily Record also weighs in.

ECON REPORT FLAP: O’Malley’s labor secretary said it was his idea to seek the removal of all online traces of an internal economic report that he said was mistakenly posted on the department’s website, reports the Associated Press’s Brian Witte in the Annapolis Capital. The Sun’s Jay Hancock blogs that the labor secretary is concerned more about spin than fact.

DEBATE DEBATE: The two rivals running for governor say they’re eager to debate, but the campaigns continue to squabble over which format best suits their candidate’s strengths, reports Alan Brody for the Gazette.

R FOR R: John Wagner of the Post blogs that Ehrlich has the backing of former New York Mayor Rudy Giuliani in his comeback bid. Julie Bykowicz of the Sun blogs about Guiliani’s endorsement while reminding that NYC Mayor Michael Bloomberg, a former GOPer, endorsed O’Malley.

BLOOMBERG IN TOWN: When Bloomberg comes to Maryland today to formally endorse O’Malley’s re-election bid, he’ll do it at a Bethesda-based business with the slogan “Be Real. Get Honest,” writes Laura Vozzella of the Sun.

GOV IN DRIVE: After an announcement about 11 new jobs coming to a GM transmission plant in White Marsh, O’Malley hopped into a Chevy Volt for the TV cameras, which is unusual since he has had drivers for many years.

PETTIGREW REPLACEMENT: Maryland’s Green Party has nominated Kenniss Henry to replace her daughter, Natasha Pettigrew, on the ballot for U.S. Senate against Barbara Mikulski. Pettigrew died earlier this month after a sports utility vehicle struck her while she was cycling in Prince George’s County, the Sun’s Julie Bykowicz blogs.

KRATOVIL-HARRIS: Paul West blogs for the Sun that the Democratic Congressional Campaign Committee has issued an attack ad for U.S. Rep. Frank Kratovil that portrays Andy Harris as out of touch with with voters in the district.

MD SENATORS LOSE: More incumbent state senators in Maryland lost their primary elections than in any of the 43 states electing their senates this year, according to a study by Ballotpedia, Len Lazarick reports for MarylandReporter.com.

MOONEY VOWS: Sen. Alexander Mooney promises his campaign against former Frederick city Mayor Ronald Young for the District 3 seat in the Maryland Senate will not be underhanded, nasty or personal — a promise he has yet to deliver on, Sherry Greenfield reports in the Gazette.

STULL OUT: State Del. Paul Stull has been officially defeated in the Republican primary for his Frederick County District 4A, reports Meg Tully of the Frederick News Post. A recount puts challenger Kelly Schulz ahead by six votes.

SLOTS VIEWS: With Maryland’s first casino opened, strong majorities of voters say that they consider the state’s embrace of slot-machine gambling a good thing and that the revenue will bolster the state’s ailing budget, a Post poll has found. The Post’s John Wagner, Ann Marimow and Kyle Dropp report the story.  Editorialists for the Capital say that the new slots era will bring money as well as headaches. John Rydell of WBFF-TV looks at Baltimore city’s attempt to get slots.

HANG UP, DRIVE: Kellie Woodhouse of the Columbia Flier reminds readers that tomorrow, the state bans the use of handheld cellphones while driving in an effort to reduce the number of distracted driving deaths. Liam Farrell reports on the new law for the Annapolis Capital. The Gazette’s Liz Skalsi reports that many Prince George’s residents approve of the new law. While Heather Keels of the Hagerstown Herald Mail reports that locals are skeptical that the ban will work.

STATE PENSION: The state’s public employee pension system, reeling from recent investment losses, is not well positioned to recover, according to a pair of independent reports released Wednesday, Nick Sohr reports for the Daily Record.

CITY ED REFORM: A landmark teachers union contract will put Baltimore at the forefront of school reform efforts nationally and radically change how teachers are paid, opinionaters at the Sun say. WBAL-TV’s Tim Tooten reports on where the money will come from to fulfill the contract. Karen Parks reports the story for WBFF-TV.

AMBULANCE REFERENDUM: Maryland’s highest court has reversed a lower court decision and ordered that a referendum on a Montgomery County ambulance fee be placed on the Nov. 2 ballot, Michael Laris blogs for the Post. For the fuller story, click here. 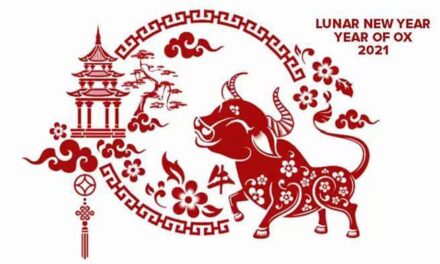