After scrutiny from the Board of Contract Appeals and being pulled from meeting agendas twice, the Board of Public Works on Wednesday unanimously approved a $190 million contract for HMR of Maryland to continue managing the Charlotte Hall Veterans Home until 2014.

MarylandReporter.com’s Barbara Pash reported on the controversy in June.

Located in St. Mary’s County, Charlotte Hall is Maryland’s only state-run home for veterans. It is under the jurisdiction of the state Veterans Affairs Department, but the federal government pays for the bulk of its services. Last month, it housed 405 residents. It has been operated by HMR — Health Management Resources- Government Services, based in South Carolina — since 2002.

When HMR’s initial contract ran out, companies bid on the next five years of operating the facility. Two bids were considered: HMR’s and the lower bidder, Mid-Atlantic Health. After those bids were evaluated and HMR was named the preferred contractor, Mid-Atlantic filed a protest with the Board of Contract Appeal. Mid-Atlantic claimed that the state did not consider a U.S. Justice Department report detailing major problems with patient care at a facility HMR runs in Alabama.

The Board of Contract Appeals dismissed the protest with prejudice – meaning it cannot be filed again – in July. The Board of Public Works, which approves government contracts, had it on Wednesday’s agenda.

Comptroller Peter Franchot, part of the three-member board, asked Charlotte Hall Director Sharon Mattia what she thought of HMR.

“We’re very pleased with how they treat residents and the staff,” she responded. After further questions from Franchot, she said the department is happy with how the home has been run.

Although Mid-Atlantic’s bid was $900,000 less – about 3% of the entire contract – Mattia said that HMR was found to be more qualified and more experienced with this type of facility.

“They did a wonderful job, and their technical proposal was outstanding,” she said.

HMR’s new contract officially begins on Oct. 1. Once the contract term is up, HMR can renew for two years. 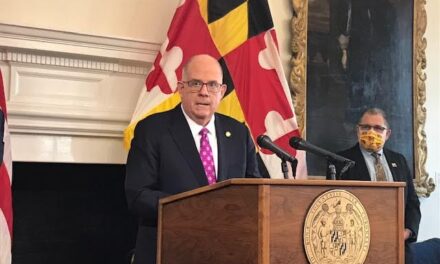 Analysis: So what are the other AAA states?