Despite an overall decline in revenues, there was reason to celebrate at Wednesday’s Board of Public Works meeting.

“The good news is that we managed to outperform the catastrophic revenue projections that we were living under by more than $180 million,” Comptroller Peter Franchot said.

Revenues are still down for county governments as well. In the August income tax distribution to counties released by the comptroller this week, most counties received less money last month than in August 2009 based on projected tax collections.

No longer called a surplus, the state’s fund balance of $344 million, by law, goes into the state’s “rainy day fund.”

Franchot urged officials to look at the budget situation realistically.

“This is not just great, but it brings a great sense of relief to us because the figures have been truly devastating,” Franchot said. “But we need to keep this in context: despite the fund balance, we finished Fiscal Year 2010 with a revenue growth of negative 3.7%. That’s the third-worst finish in 40 years.”

Franchot said continuing this growth is not enough by itself to pull the state out of the current recession. In order to get back to pre-recession revenue levels, the state would need to grow revenues by 14 percent for the next four years, he said.

Gov. Martin O’Malley touted the numbers as the result of the state’s steady job growth over recent months.

“It’s time for Maryland to step up and be a leader and start the nation’s recovery,” O’Malley said.

Foster agreed that the increases can be attributed to job growth and an uptick in economic activity. In late spring, tax collections increased across the board. Between April and June, she said, $109 million more than expected came from individual income taxes. Corporate income taxes beat projections by $28 million, and sales taxes were $41 million over expectations.

“This is very encouraging, very positive news,” she said, showing the beginnings of real economic recovery.

The Board of Revenue Estimates, chaired by Franchot, will be meeting later this month to retool its projections for the current and future fiscal years. The board meets several times a year to revise budget numbers and projections based on actual finances and economic trends. 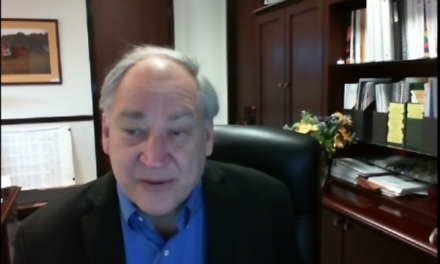