About $2.8 million in real estate transfer taxes and fees were being directed to the wrong accounts by the Maryland judicial system because of uncertainties about monitoring and administering two funds, an audit of the state judicial branch found.

Chief Legislative Auditor Bruce Myers said that while the misdirected funds are a problem, it doesn’t make a large difference to the state’s bottom line.

“These are all government funds, so they are going to one state location versus another,” Myers said. “It’s not like the funds are missing.”

Legislative auditors found the problems with the two funds as well as two issues about handling of state credit cards and equipment in their report on the judiciary released Tuesday.

In his response to the audit, Chief Judge Robert Bell said that the court system would follow the audit’s recommendations, but the comptroller’s office is in a better position to manage the transfer tax distributions.

Because of incorrect calculations, about $1.5 million in property transfer tax revenues collected by the Circuit Court clerks were improperly transferred to the Department of Natural Resources’ Program Open Space during the last three fiscal years. Those funds should have gone instead to the Maryland Agricultural Land Preservation Fund. Transfers were also not made in a timely manner in 2007, the audit found.

Because of the decline in real estate sales in recent years, revenues have gone down in the funds to purchase open space and development rights to farmland.

Auditors also found that the Real Property Records Improvement Fund collected $1.3 million in interest that should have instead gone to the General Fund because of improper accounting methods.

As for the transfer tax funds, Bell wrote that his branch of government “lacks the legal authority to undertake the aforementioned distributions that rightly is the responsibility of the Comptroller’s Office” – which is also better able to monitor legislated changes to how the funds should be used, he said.

The audit also found that stricter policies needed to be put in place for use and cancellation of government credit cards, and that inventory control of equipment needed to be tightened.

The judiciary was last audited in 2007, and that report found 12 areas where the judicial system needed to make improvements. They rectified 11 problems; the only remaining issue was the timing of transfer tax distributions. Myers said the law that governs those distributions is confusing due to changes in the formula. 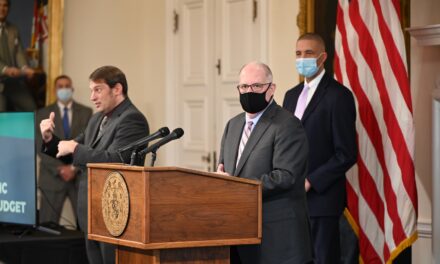