RACE TO THE TOP: Maryland will get $250 million in federal Race to the Top money to improve schools. Liz Bowie covers it in the Sun,  as does The Washington Post.

Carroll County schools will get $500,000 as part of the Race to the Top grant, Christian Alexandersen writes in the Carroll County Times. Here’s localized Race to the Top coverage in the Hagerstown Herald-Mail and the Salisbury Daily Times.
WBAL TV has video coverage, as does WBFF Fox 45 and WJZ. There’s audio from WBAL radio.

The feds’ $250 million grant to Maryland schools, which will be used to implement reforms to improve the performance of students and teachers, may be difficult to achieve, particularly when it comes to evaluating teachers, reports Len Lazarick for MarylandReporter.com.

HARASS SUIT: Anne Arundel County Exec John Leopold, who is seeking re-election, is hit with a $300,000 sexual harassment, discrimination and workplace retaliation lawsuit from a former employee, reports Erin Cox of the Annapolis Capital. This is the 3rd time in two years that such accusations have surfaced, reports Nicole Fuller of the Sun. Ben Nuckols reports the story for AP, WBAL TV’s Barry Simms has a video report, as does WBFF and WJZ

STEELE YES, REPORTERS NO: Len Lazarick blogs for MarylandReporter.com that when Michael Steele is the “special guest” at political fundraisers, reporters aren’t.

O’MALLEY LEAD: John Wagner of the Washington Post writes that Bob Ehrlich is dismissing a new poll that shows incumbent Gov. Martin O’Malley with a 6 point lead by saying it should be taken no more seriously than if “a couple of old staffers” of his had published it.

EHRLICH CREDIBILITY: Lt. Gov. Anthony Brown questioned the credibility of ex-Gov. Bob Ehrlich’s promises about veterans and highway money without a plan to pay for them, Dave Collins reports on WBAL TV with video.

PENSION TAX: Ehrlich says he would seek to exempt the pension income of Maryland military retirees from taxation, which would cost the state $37 million, blogs the Post’s Aaron Davis and John Wagner.

SLOTS HISTORY: The Capital’s Liam Farrell looks back at why the General Assembly had to make slot parlors conform to local zoning or risk dramatic political failure.

INCUMBENT CASH: Incumbency doesn’t mean cash. Sarah Breitenbach reports for the Gazette that in at least the Montgomery County primary contests, challengers have more cash on hand to spend than sitting Maryland senators.

VAN HOLLEN CHALLENGE: U.S. Rep. Christopher Van Hollen’s seat is considered safe by political analysts, but that has not stopped seven candidates from four political parties from challenging him, reports Benjamin Ford of the Gazette.

MoCO CAMPAIGNS: At the Montgomery County Agricultural Fair, fair-goers can get a brochure for virtually any candidate on the local ballot, but not a sticker is in sight, writes Sarah Breitenbach of the Gazette

CRAIGSLIST: Attorney General Doug Gansler and AGs from around the country are demanding that Craigslist take down its Adult Services ads, WBFF reports.

WRITE-INS: If you write in Mickey Mouse on your ballot, election officials won’t even count your vote, explains Kevin Spradlin in the Cumberland Times-News. Write-in candidates must file with the state or local Board of Elections.

FREDERICK COMMISSIONERS: Candidates for Frederick County commissioner discussed a range of issues at a forum, Meg Tully reports in the Frederick News-Post.

SENATE CANDIDATES: Candidates for state Senate in Frederick County asked each other tough questions on campaign contributions, abortion, and the knowledge and experience they have for office in a forum, Meg Tully reports in the Frederick News-Post. 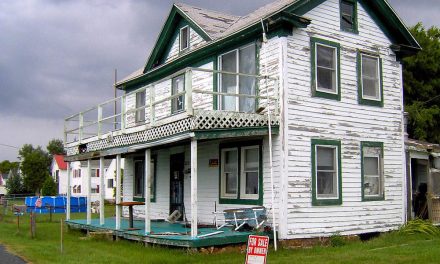