Megan@MarylandReporter.com
Second of a three-part series

Officials at the Comptroller’s Office say that there is little intentional misuse of the cards, despite audits of 10 state agencies in the past year that have found occasional abuse of state-issued credit cards, resulting in the firing or resignation of several state workers.

The cards themselves look a lot like regular Visa cards, as the illustration shows. They are the same size and shape as a consumer card, with a number, name, and expiration date printed on them.

These bright red cards stamped “official use only,” however, have built in restrictions. Spending limits are set in the policy guidelines and the cards won’t work at several types of merchants — such as restaurants serving alcoholic beverages. Individual cards also will not work for travel arrangements; just one travel card is issued per agency.

A detailed set of guidelines sets out the process for applying for, obtaining, using, and documenting purchases made with the cards.  The guidelines are periodically revised by a steering committee made up of staff from the Comptroller’s Office, the Board of Public Works, the University System of Maryland, and the departments of Budget and Management, General Services, and  Transportation.

In one widely quoted example from 2007, former state Labor Secretary Tom Perez authorized the use of credit cards for purchases of supplies such as copy paper at the department’s Cumberland office after he found that the paper was being shipped at great expense from the Baltimore headquarters.

When a state employee uses a card, it sets off a long chain of scrutiny. First, the employee must save receipts from the purchase, and submit those receipts with a statement verifying that the purchases on the monthly card statement are correct and accurate, Mueller said. The receipts and the statement are given to a supervisor, who also checks to make sure that all purchases are allowable and properly documented, and then to someone who is responsible for all of the cards at the agency.

The transactions are also checked by the General Accounting Division before they move to the Fiscal Department, which actually pays the bills from each department’s separate account. If an agency does not comply with all of the checks and balances, its card privileges are suspended until its system is corrected, Mueller said.

The long process has some built-in checks. One is called a questionable purchase review, which is often initiated in the General Accounting Division when something strange appears on the cards. For example, according to Christine Feldmann, the comptroller’s deputy communications director, agencies like the agriculture and the state police departments have animals, so a transaction involving a veterinarian is not strange. A charge for a veterinarian at the Department of Aging, on the other hand, would raise red flags.

Inquiries into questionable transactions led to the recent firing of a Coppin State University employee who used his state credit card for personal purchases, Feldmann said.

Agencies are sometimes asked to do self-audits of their programs, providing the comptroller’s office with details about their guidelines and purchases, Mueller said. Each month’s transactions also go to the Office of Legislative Audits to be scrutinized there.

(If any reader is familiar with abuse of state credit cards, please contact us confidentially by e-mailing Megan@MarylandReporter.com or calling 301-401-5880. The Office of Legislative Audits also has a Fraud Hotline “to facilitate the reporting of allegations of fraud, waste, or abuse of state government resources.”)

Tomorrow: What happens when cards are misused

Analysis: If governor wants mandate relief, he should treat the legislature as an equal partner 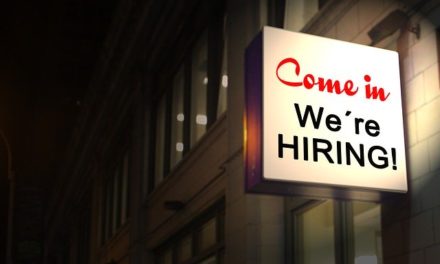