SLOTS TRIAL: An Anne Arundel County Circuit Court judge ruled that developer David Cordish’s attorneys could not bring in a handwriting expert to testify that signatures on a petition to bring the issue of slots at Arundel Mills mall to referendum were forged, Steve Lash reports for The Daily Record. The Baltimore Sun’s Nicole Fuller writes that the judge said the testimony is beyond the scope of the proceeding because the case is to be handled as a judicial review of an administrative agency. Dave Collins has a video report with WBAL-TV.

CECIL SLOTS: Gov. Martin O’Malley visited a Cecil County building yesterday that will house the state’s first slots parlor weeks before Election Day, highlighting the debate over casinos between O’Malley and ex-Gov. Bob Ehrlich, John Wagner reports in The Washington Post. Ehrlich criticized O’Malley’s execution of slots and has said he would fast-track the parlors if elected. Annie Linskey has the story in The Sun.

FAILING SCHOOLS: MarylandReporter.com’s Erich Wagner reports that failing schools in Maryland that replaced most of their staff in an effort to improve have not been able to attract and retain effective teachers, according to a new report.

SCHOOL CORE STANDARDS: Maryland became one of the first states to endorse academic standards to unify reading and math instruction, which will require new teacher training and standardized tests, Michael Birnbaum writes in The Post. And the state hopes it will help solidify its bid for federal Race to the Top money.

RACE TO THE TOP: The state school board is expected to vote Wednesday to approve the state’s application for $250 million in federal grants, Liz Bowie writes in The Sun. But teachers unions across the state are opposed to the provision that teachers be evaluated in part on students’ test scores.

BIOTECH CREDIT ONLINE: The Baltimore Business Journal’s Scott Dance writes that the state Department of Business and Economic Development has moved the application for the biotech investment tax credits onto the Internet. In previous years, investors camped outside DBED’s headquarters for days waiting for the application.

MAINTENANCE OF EFFORT: The state school board agreed to waive Montgomery and Wicomico counties’ maintenance of effort requirement for next year, Adam Pagnucco writes at Maryland Politics Watch.

BICKERING CAMPAIGNS: An editorial in The Sun writes that the gubernatorial candidates are “bickering” over non-issues. The editorial tells Republicans and Democrats to move on to things that voters care about, instead of in-kind campaign donations, campaign solicitations to state email addresses, and 32-square-foot Ehrlich signs. 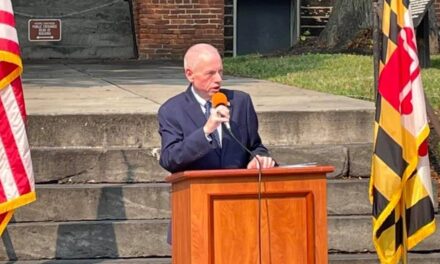