The state authority tasked with finding a buyer for the county-owned Prince George’s County health care system will recommend this week that the troubled facilities stay in public hands for now, the panel’s chairman said.

The Prince George’s Hospital Center and two other associated hospitals rely on $12 million in state money and $9 million from the county to operate each year. The Prince George’s County Hospital Authority was set up by the General Assembly in 2008, after the system nearly shut down due to financial difficulties.

“The basic premise was that you could sell the assets but it won’t improve health care, so what would high quality health care look like?” Glover said. “There were people willing to do more creative things if the health care model was different, so what we’re working through now is just that.The authority members are saying, ‘Oh my god, now that we’ve raised this question, we’ve got so many different ideas.'”

Dr. Donald Shell, Prince George’s County’s health officer, said he was unaware that the authority had shifted gears from sale to improvement of the system. Shell agreed that the county needs to improve its health care infrastructure to better provide for its residents, regardless of their insured status.

“There are almost 900,000 people [in Prince George’s County],” Shell said. “A lot of people have insurance, about 150,000 don’t have insurance, and another 100,000 are under-insured. In public health, we’ve been working to build a safety net infrastructure, and regardless of what [the authority] does, it’s going to require a safety net in place.”

The report will now do two things, Glover said. First, the authority will make recommendations on what the county’s health care system needs to do, in addition to a possible road map for the county to follow to achieve those goals. He declined to provide more detail on its contents.

Although the report will not specify a buyer for the system, Glover said the county likely must replace Dimensions Health Care Systems, the company that currently operates the Prince George’s Hospital Center, the Laurel Regional Hospital and other local health facilities.

“In any case, almost any proposal will require a transition,” Glover said. “I can’t guarantee it, but it’s reasonable to assume” that will be the case.

Shell said as the government moves to implement the recommendations of the authority, county hospitals will need to work closely with the county health department to ensure the health care infrastructure improves for all residents.

“It’s critical for public health care to work with the Prince George’s Hospital Center,” Shell said. “We need to coordinate our resources to make sure everybody has access to quality health care.” 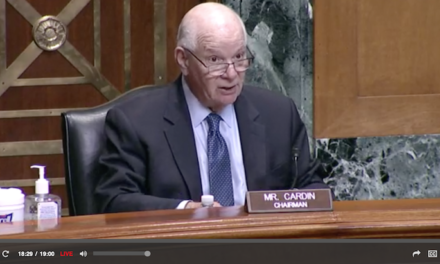