Today we have the settlement of the Chesapeake Bay Foundation’s lawsuit against the EPA, and Gov. Martin O’Malley says some slots parlors will be running by the end of the year. And Maryland is one of the few states to have increased visitors in 2009.

CHESAPEAKE BAY SUIT: The Chesapeake Bay Foundation announced that it settled a lawsuit against the Environmental Protection Agency, just ahead of the EPA’s finalization of its restoration strategy, the Associated Press reports. The settlement requires the EPA to issue a pollution “budget” for the bay and hold states accountable for reducing pollution to new limits, Tim Wheeler writes in The Baltimore Sun. Bill Myers has the story for the Washington Examiner and Barry Simms has a video report for WBAL-TV.

SLOTS: Gov. Martin O’Malley said Maryland will have two if its five slots parlors open by the end of the year, Robert Lang reports for WBAL Radio.

EFFICIENCY: MarylandReporter.com’s Nick DiMarco writes that the state has been too slow in spending federal stimulus dollars put aside for weatherization, potentially hindering plans to make thousands of homes more energy efficient, according to a liberal-leaning state watchdog group.

TOURISM: Maryland was one of five states in the U.S. to see a rise in the number of visitors in 2009, Edward Gunts reports in The Sun. Leisure trips to the state were up 5.2 percent, while there was a 3.3 percent decrease nationwide.

IGNITION INTERLOCK: Convicted drunk drivers who accidentally set off their ignition interlock system might get another chance to drive home that night, provided they’ve had mouthwash instead of bourbon, Erich Wagner reports for MarylandReporter.com.

DEATH PENALTY: Sixty percent of Marylanders favor the death penalty, and 32 percent oppose it, according to a new Washington Post poll reported by John Wagner. He writes that people still prefer the use of life imprisonment without parole. The numbers haven’t changed much over the past three years.

CRIME PREVENTION: Aaron Davis in the Post writes about why the grisly Baltimore killing of a pregnant woman, allegedly by her boyfriend, may highlight a breakdown in O’Malley’s crime prevention initiative.

PRESS PASS: Blogger and former County Attorney Jay Liner has gotten press credentials for his blog, The Baltimore Organ, after setting off a legal battle with the state earlier this year. Bryan Sears with Patuxent has the story. 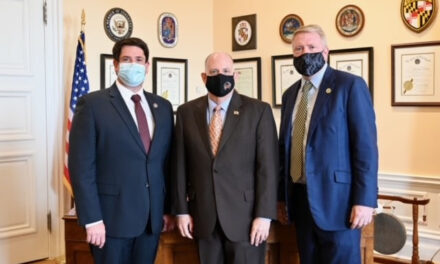