Some confusion in Md. on federal health reform

The state is taking the first steps in implementing the federal health care reform bill, but officials are still struggling to get clarification on many parts of the new law.

The state faces big challenges in putting the controversial law in place, though. Issues lie not only in understanding the the Patient Protection and Affordable Care Act, signed by President Barack Obama in March, but also in the lack of guidance from the federal government on what the state should do. Panelists also struggled with how to quickly expand access without breaking the bank.

Lt. Gov. Anthony Brown, the council’s co-chairman, said the group’s recommendations will create the “blueprint” for the state’s health care policy as the federal law goes into effect over the next several years.

“Coordinating is important,” Brown said, “so that we are most effective and efficient in implementing these measures in Maryland.”

But in going over provisions of the federal legislation that have already taken effect or go into effect in the next year, members discovered a roadblock in the lack of instructions from the federal Department of Health and Human Services (HHS). Beth Sammis, acting commissioner of the Maryland Insurance Administration, said she was unsure how the federal government would determine a person’s insurance plan to be a “grandfathered” one, and therefore not subject to some reforms to the health insurance market. These include required coverage of preventive services and emergency care.

“We don’t have any guidance on what would be considered a grandfathered plan,” Sammis said. “We expect directions to come from HHS late this summer.”

“A lot of things aren’t very specific in the law,” Folkemer said.

And Maryland Health Insurance Plan executive director Richard Popper said that HHS has yet to release the applications states need to be considered for inclusion in the new federal high risk insurance pool. Those may arrive by the end of the month.

Nonetheless Sammis said there are some advantages to the way HHS is rolling out its plans.

“In this one instance, since there’s so much national attention, we’ll be able to plan ahead of the actual rule [being announced],” she said. “We can be a bit more flexible than we typically are.”

Members also began discussing how best to keep costs down while putting the system into place quickly and expanding access.

John Colmers, secretary of the state Department of Health and Mental Hygiene and co-chairman of the council, said keeping costs down is integral to the council’s goals.

“Areas I would hope would be part of the conversation are ways that we implement the law and ensure Maryland is best prepared [to do so],” Colmers said. “You can’t do it efficiently if you don’t consider cost containment.”

But Sammis countered that the council has a time crunch, with some provisions already in place and others scheduled to take effect by 2011.

“We should worry about implementation now, and leave cost containment for next year,” she said.

Brown laid a middle ground, arguing that part of the council’s role is to determine what is important and needs consideration, and when.

“I understand the point that we need to say, ‘What are the immediate implementation-supporting tasks we need to address?'” Brown said. “You want to defer the cost containment effort, but you can say in the timeline when we’ll take up these decisions that there’ll be a big push for cost containment in [a certain] year. By July 15, we just need to decide when to take things up.” 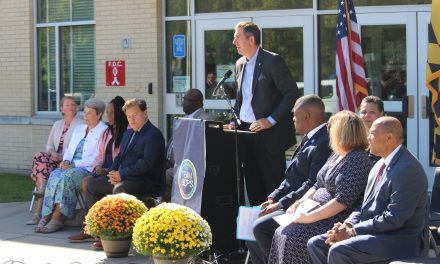