Today we have more looks back at what passed and what didn’t during the legislative session, Ehrlich criticizes O’Malley over the session, and the state prepares to apply for Race to the Top money.

MEDIATION: Nick Sohr at The Daily Record takes a look at a couple of measures approved in the closing hours of the legislative session. Homeowners will be able to request mediation with lenders, and the state will be able to recover fraudulent Medicaid claims though civil suit. Joel McCord has an audio report on the new Medicaid fraud law for WYPR.

Aaron Davis and John Wagner write for The Post that both Ehrlich and O’Malley were eager to use the session to craft “campaign sound bites.”

PENSIONS: Bryan Sears has a wrap-up for Patuxent Publishing of the legislative session, and what it means for Baltimore County. County Executive Jim Smith praised the decision to study state pensions instead of shifting the cost to the counties.

PUBLIC DEFENDER: The General Assembly approved legislation Monday increasing the size of the board overseeing the state public defender from three to 13 members, Steve Lash writes for The Daily Record. The new law comes after the firing of former Public Defender Nancy Forster last August by a 2-1 vote.

DISPARITY GRANTS: The Maryland Association of Counties Conduit Street blog has a run down on disparity grant funding as passed in the budget, including a breakdown by jurisdiction.

HEAVY LIFTING?: A Baltimore Sun editorial called this year’s legislative session “Ho-hum government,” avoiding a lot of heavy lifting. It argues that lawmakers patted themselves on the back over bills that should have passed anyway.

RACE TO THE TOP: State education officials put forth a 257-page proposal outlining how Maryland could become eligible for millions of dollars in federal education funds through President Obama’s Race to the Top competition, Michael Birnbaum writes in The Washington Post. WBAL-TV has a video report summarizing the plan.

COSTLY BILLS: Hayley Peterson writes for the Washington Examiner that Republican leaders argue that legislation passed this year will cost taxpayers in the long-run, despite the lack in formal tax or fee increases.

FINAL MINUTES: Nick Sohr at The Daily Record writes for his Eye on Annapolis blog that the House was without legislation for much of the final 10 minutes of session, so Speaker Mike Busch found himself thanking staffers and state troopers in an attempt to “run out the clock.”

SESSION WRAP-UP: For a wrap-up of the legislative session with WNAV’s Kenny Burns that aired Tuesday evening, MarylandReporter.com Editor Len Lazarick got together with Maryland Public TV’s Lou Davis and Doug Tallman of The Gazette. 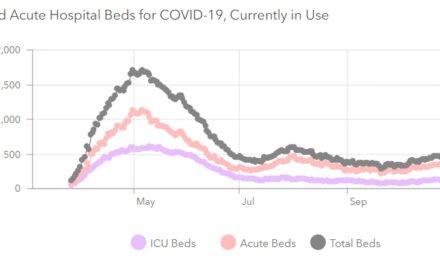