TRANSIT FARES: Raising fares now on the MTA, as some lawmakers want to do, would be a tax on the working poor, a Sun editorial argues.

WMAR (ABC2) reporter Roosevelt Leftwich reports that lawmakers are asking the Maryland Transit Authority for a 30 percent increase in fares, which would come close to $100 a month for riders.

FUNDRAISING: The Sun’s Annie Linskey posts a tongue-in-cheek blog entry for Maryland Politics about a report suggesting, gasp, Democrats have more power in Annapolis than Republicans.

CANDIDACY: Political newcomer Brian Murphy, a Republican, says he’s a “credible” candidate for governor, writes John Wagner in the Washington Post’s Maryland Politics blog. He told the Post Monday that he “won’t be deterred” if he has to face Ehrlich in a GOP primary.

SELF-DEFENSE: The Senate passed a piece of legislation on Monday that would protect victims of a crime from lawsuits if they used deadly force against an attacker under certain circumstances, according to this Associated Press story, posted by WTOP.

BUDGET ROUNDUP: Lawmakers can only agree on one thing when it comes to the budget: no new taxes, reports John Rydell for WBFF (Fox). He compiles a list of where the House and Senate stand on major budget issues as the legislative session inches to a close.

CONGRESS: Republican Sen. Andy Harris has already set a term limit for his anticipated time in Congress, according to Paul West for The Sun.

SALVIA: The Senate unanimously passed a bill Monday restricting the sale of salvia, a hallucinogenic herb, to people under the age of 21, according to this Associated Press story, posted by WMAR.

CENSUS: The House and Senate have passed bills saying that prison inmates will be counted as residents from their hometowns and not where they currently reside for the 2010 Census. Cumblerland Times-News reporter Kevin Spradlin has the story.

BUDGET PROPOSAL: Lawmakers are asking for $1.5 million for a new secure treatment center for people who are found incompetent to stand trial or in need of a pretrial psychiatric evaluation, according to this Associated Press story, posted by the Washington Examiner.

FEDERAL BUSINESS: In her Sun column, Marta Mossburg argues that Maryland’s reliance on the federal agencies and government contracts is bad for the economy.

SLOTS: In an attempt to “entice” slots vendors to Allegany County, the Senate passed a bill that would grant them 35.5 percent of gaming revenues over the course of five years, according to this Associated Press story, posted by The Daily Record.

PRIVATE SCHOOLS: Michael Birnhaum for the Washington Post reports a major shift in public money to private school education could be taking place. 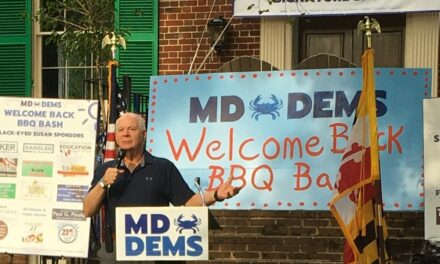