Today’s roundup includes coverage of Baltimore Mayor Shelia Dixon’s resignation and the kickoff for George Owings III as he campaigns for governor.

Baltimore Mayor Shelia Dixon has agreed to resign from office by Feb. 4. Julie Bykowicz of The Baltimore Sun writes that it’s part of a deal where Dixon will recieve probation and could keep her pension and possibly a clean record. Brendan Kearney has The Daily Record’s take. Blog Maryland Politics Watch posts the seven-page plea agreement. Donna Marie Owens with WYPR has an audio report on the story.

Angela Jackson of WBAL radio has reaction from some Baltimore residents and Kelly Swoope with ABC2News has reaction from area lawmakers. Robert Lang with WBAL Radio reports that despite Dixon’s resignation, she could run for elected office again as early as 2015. Julie Scharper of The Sun writes that Dixon’s predecessor, City Council President Stephanie Rawlings-Blake faces some big challenges as the incoming mayor. David Collins at WBAL TV charts Dixon’s political rise and fall.

There’s plenty more on The Sun’s homepage, including opinion and multimedia pieces. The Baltimore Business Journal’s version is here. Marc Steiner at WEAA had some of the first rumblings of the Dixon news.

A U.S. District Judge has dismissed the city of Baltimore’s lawsuit against Well’s Fargo, Tricia Bishop with The Baltimore Sun reports. The judge said said it was “not plausible” that the bank triggered millions of dollars in damages because of increased foreclosures though racist predatory lending. Barbara Grzincic with The Daily Record writes that the judge is giving the city the option of narrowing its complaint or appeal.

The governor will decide who will replace Del. Richard Weldon Jr. Andrew Schotz of The (Hagerstown) Herald-Mail reports the Republican central committees of Washington and Frederick counties met last night but couldn’t agree. Meg Tully of the Frederick News-Post writes that the meeting went late. Frederick County Republicans defended their closed-door selection process to Sherry Greenfield in The Gazette.

Michael Dresser at The Sun writes that design and construction of the proposed Red Line rail project in Baltimore could create 10,000 jobs. He gets the figures form a city-sponsored report by the University of Baltimore.

MarylandReporter.com’s Len Lazarick has an overview of the state’s fiscal situation, taxing issues and where Howard County stands in his regular column for The Business Monthly.

Daniel Valentine with The Gazette writes that state Sen. Anthony Muse, a Democrat from Fort Washington is pushing a bill to prevent community college board members from seeking office.

Del. Alfred Carr, a Montgomery County Democrat, plans to introduce bill that would impose a 5 cent fee on disposable shopping bags, according to David Sherfinski at The Washington Examiner.

Allegheny Energy and American Electric Power are before the Public Service Commission asking for approval of a major power line they see as critical to the region’s electric infrastructure, Ed Waters Jr. reports in The Frederick News-Post, but opponents of the project are “out in force.”

In Delaware, a report is calling for two new casinos to compete with expanded gambling in Maryland and Virginia, James Merriweather of The News-Journal writes. 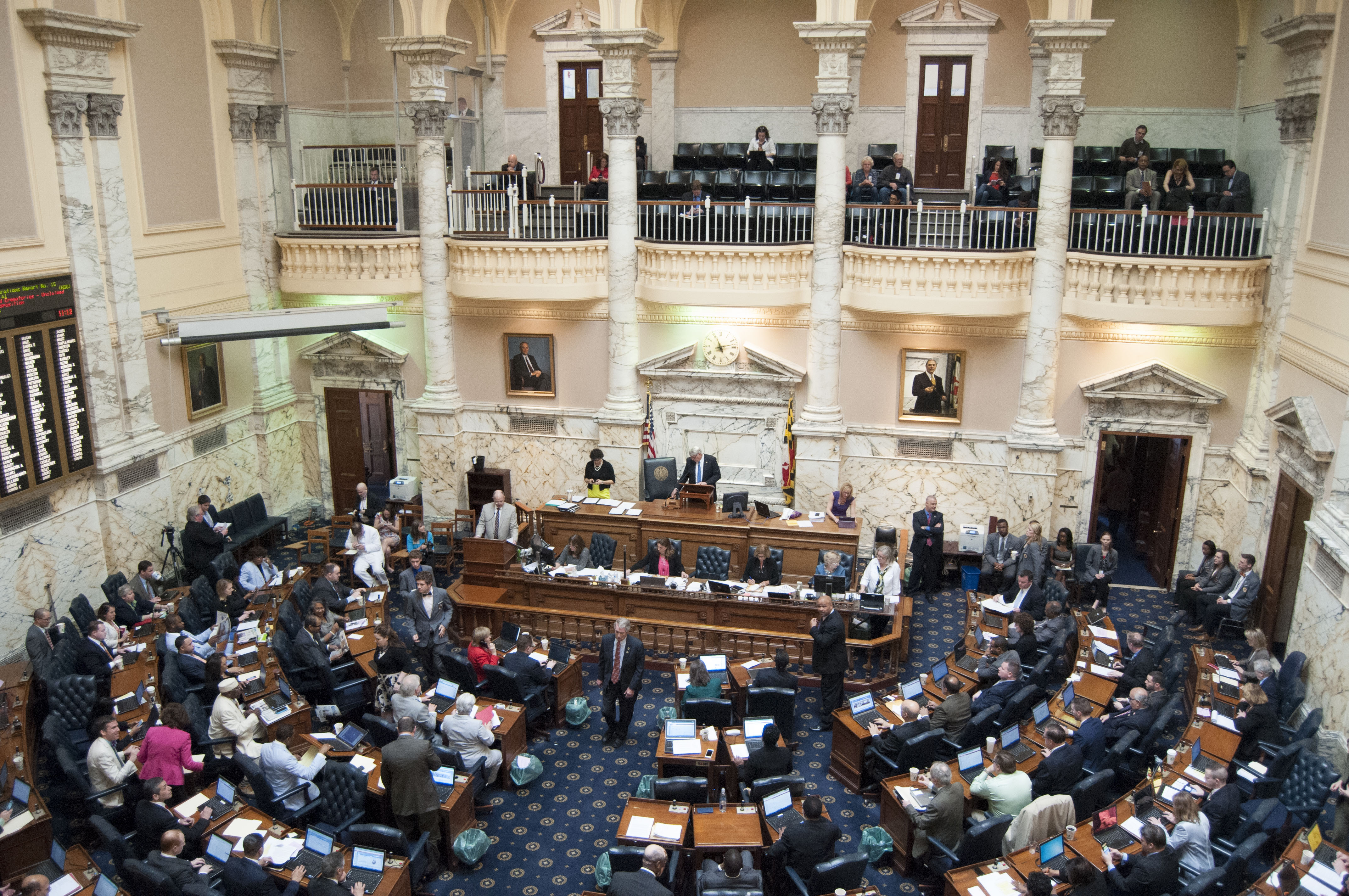