The beginning of 2010 has brought a bunch of links about the coming November elections, with lots of coverage of Gov. Martin O’Malley’s re-election bid, and a roundup of what else is competitive.

Though the former Republican Gov. Bob Ehrlich hasn’t said whether he’ll run again, John Wagner at The Washington Post points out that O’Malley could face both primary and general election challengers from the Ehrlich administration.

Greg Latshaw at The (Salisbury) Daily Times has an interview with Kratovil about his first year in office.

Adam Bednar of the Carroll County Times writes that few local lawmakers are sweating the deadline to raise campaign funds before the General Assembly session. He also has a list of campaign war chests from around Carroll County.

A Sunday editorial in The Sun calls for more transparency in state government, and especially for General Assembly votes.

Del. Heather Mizeur and a representative from Common Cause make similar arguments in the Post.

Laura Smitherman at The Sun has a piece about the pay raises being considered for the state’s elected leaders. She writes that raises might be linked to economic indicators or state employee pay raises. MarylandReporter.com has covered this issue over the past several weeks.

Schotz also has a roundup of who is running for office and who isn’t in Washington County. A highlight: House Minority Whip Christopher Shank is taking on Sen. Donald Munson in a Republican primary.

The Post has a take on Shank’s challenge, and also reposts the text of his Facebook announcement.

Larry Carson at The Sun writes that calls for an alcohol tax hike are not gaining traction with Howard County lawmakers.

The opening of the Intercounty Connector is the biggest transportation story coming up for the D.C. region in 2010, Robert Thomson writes in The Post. He’s also got a roundup for 2009.

Scott Dance at The Baltimore Business Journal has a rundown on two economic assistance bills being pushed by the Department of Business and Economic Development.

Pepco is looking for a 2.5 percent rate increase that would take effect in Maryland in July, Hayley Peterson writes in The Washington Examiner.

Inside Charm City posts the calendar for this year’s General Assembly session. 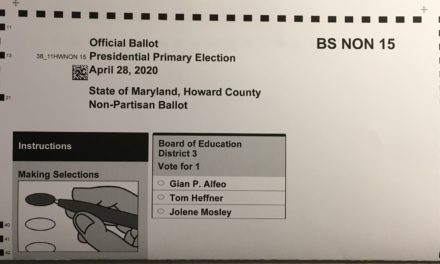