Though there’s still support for electric re-regulation among Maryland lawmakers and in Gov. Martin O’Malley’s administration, it appears unlikely that any new proposal can move forward next year unless a key House committee changes its leanings on the issue.

O’Malley and some members of the Senate said Wednesday that they continue to support a more heavily-regulated market, in which the Public Service Commission would have additional control over the development and sale of electric supply in Maryland, but O’Malley conceded the legislature is likely not ready to pass such a change.

Without the support of the House Economic Matters Committee, it does not appear that legislation can move forward next year. The committee met this week with suppliers to discuss making consumer electric markets more competitive. Committee chairman Dereck Davis, D-Prince George’s, said he is more focused on measures to strengthen the competitive environment, and does not personally support re-regulation.

O’Malley said his energy initiatives this year will likely focus on renewable energy, rather than re-regulation, though he still supports it. An administration-backed re-regulation bill passed the Senate this year, but it was rejected by the House committee.

He said the Public Service Commission has some control over the supply markets, after legislative changes in past years, but the state should ultimately move toward stronger regulation.

“That might be the route we have to go for awhile, as the legislature becomes more comfortable with the conclusion that we’ve already reached” O’Malley said. “The only way over the long term we’re going to smooth out the bumps is if we have a degree of regulation in a prospective way on the residential side.”

There is still support for the bill in the Senate, and backers are hoping O’Malley decides to push for a change in position in the House. Under deregulation, passed in 1999, state utilities like Baltimore Gas and Electric were forced to sell their power plants to companies whose supply business was not regulated by the state. Utilities continue to own transmission lines.

Those suppliers were supposed to compete with each other to lower prices, but nearly all customers stuck with the standard service offered by traditional utilities since rates were frozen for several years. Though supply prices have dipped recently, many have questioned whether deregulation was worthwhile since about 4.3 percent of residential customers have switched.

“If he doesn’t push it, then I don’t think it’s going to pass the House,” said Sen. Thomas “Mac” Middleton, D-Charles, chairman of the Finance Committee, which reviews energy policy. He said he believes the bill would pass the Senate again if the House approved it.

“I don’t think anybody in the Senate’s mind is going to change,” he said.

Sen. James Rosapepe, D-Prince George’s and Anne Arundel, was one of the first backers of re-regulation last year and has been an outspoken critic of the existing system. He said he is also hoping O’Malley will get behind a re-regulation push.

“I’m obviously very supportive of scrapping deregulation,” he said. “I would hope that the governor would come in with a strong proposal, and one that we could support. That would be my preference.” 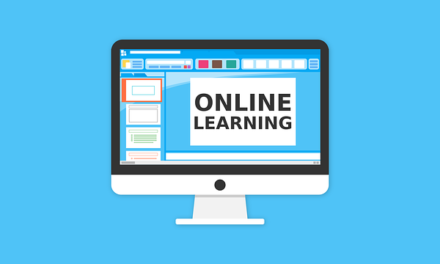