Democrat Josh Cohen took the Annapolis mayoral race by a 235-vote margin last night over Republican Dave Cordle. Though the results won’t be official until absentee ballots are canceled, The Capital points out that Cordle would have to take virtually all of them to win.

Nicole Fuller in The Baltimore Sun points out that Cohen’s victory could break the Anne Arundel County Council’s stalemate on zoning for a slots proposal at Arundel Mills mall. Cohen’s seat on the council will become vacant, she writes, and that may lead to the choice of a pro-slots candidate by other council members.

Jean Cryor, a longtime Montgomery County politician and former editor and publisher of The Gazette, died last night at 70. She was a sitting member of the county planning board and had been a three-term state delegate, the county delegation’s only Republican until she was ousted by Democrat Craig Rice in 2006. The Gazette reports.

The state Department of Human Resources is pushing for an update of the state’s child support guidelines, which are based on economic data from the 1970s, The Post’s Donna St. George reports, as does Julie Bykowicz in the Sun.

Maryland will use federal stimulus dollars to monitor hand-washing in hospitals, the AP’s Brian Witte reports in a story that gained national attention.

Our own Len Lazarick has a report on some House of Delegates races in Howard County in his monthly column in The Business Monthly. The incumbents don’t seem too worried.

Sarah Longwell, managing director of the American Beverage Institute, writes in The Sun that a mandatory breathalyzer ignition guard for drunk driving offenders would be overkill. Some groups are pushing for such a change in response to a hit-and-run that killed a Johns Hopkins student last month.

The Greater Greater Washington blog reports that the Prince George’s County Council has updated its transportation plans to include the extension of the Washington Metro’s Green Line to Fort Meade.

According to the AP, The Sun and other papers owned by Tribune Co. are going to stop using AP copy next week to see if they can live without it. Last year, the company gave the required two-year warning that it might stop using the wire service.

The Daily Record reports that the Federal Reserve Bank of Maryland found business activity up in the state last month.

The Port of Baltimore broke a record this year for the number of cruise ship passengers using its facilities, Scott Dance reports in the Baltimore Business Journal. Port officials have been pushing cruise traffic, and the state has planned its highest number of sailings ever this year.

The Baltimore County Council has approved a contract to run speed cameras at 15 county locations, writes Bryan Sears with Patuxent. 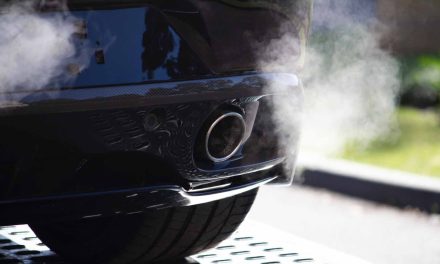