VETO OVERRIDE EFFORTS: Senate President Mike Miller said Tuesday that he has enough votes to override at least one of Gov. Larry Hogan’s 2015 vetoes, and his office said efforts are under way to restore all six measures that the governor rejected after the legislature approved them, Josh Hicks and Ovetta Wiggins report in the Post. Multiple overrides at the start of the 2016 legislative session would send a clear message to the first-term Republican governor that, despite high approval ratings across the state, his power remains limited by the Democratic-controlled General Assembly.

MILLER QUESTIONS PORTER TRIAL VENUE: Senate President Mike Miller is second-guessing a judge’s decision to keep the trial of a Baltimore officer charged in the death of Freddie Gray in Baltimore. Miller told WBAL-AM that he believes the the trial of Officer William Porter, which ended in a mistrial last week, never should have been held in the city., Michael Dresser of the Sun reports.

FRANCHOT ON LIQUOR MONOPOLY: Bill Turque of the Post writes that this hasn’t been the best couple of weeks in Montgomery County for Maryland Comptroller Peter Franchot. First, his agency acknowledged that it mistakenly sent millions of dollars in local income tax revenue to Montgomery municipalities instead of the county government. Then, in a widely distributed letter, Senate President Mike Miller denounced him as a publicity hound who enjoys “basking in the glow of press releases while ignoring your constitutionally mandated duties.” So it’s not surprising that Franchot decided to pivot back to what he believes is a popular issue: ending Montgomery’s monopoly on alcohol sales.

HOTTEN SWORN IN: Judge Michele D. Hotten stood at the lectern in the ornate chamber of the House of Delegates on Tuesday and fought back emotions as she thought back on the road that led her to become Prince George’s County’s first African American and first woman to serve on Maryland’s highest court, writes Ovetta Wiggins in the Post. 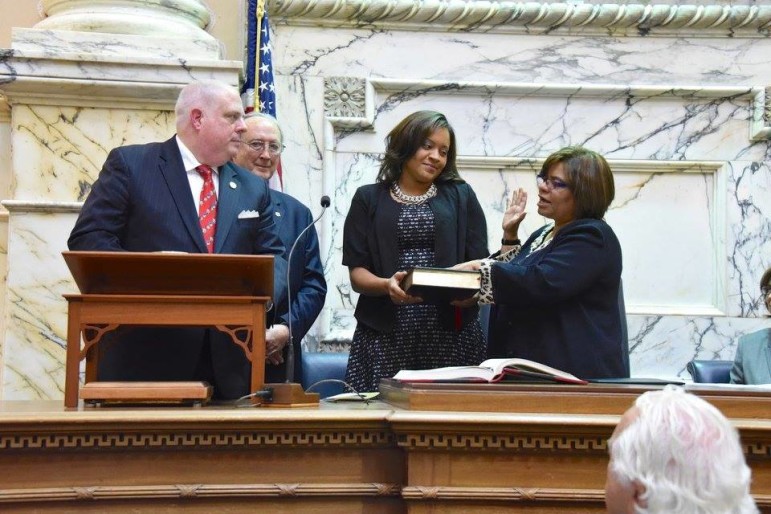 LEGGETT ON MONTGOMERY’S FISCAL FUTURE: Montgomery County Executive Ike Leggett sat down with Bethesda Beat Monday, mostly to make his case for why the county shouldn’t give up its control of alcohol distribution and retail liquor sales. But Leggett, now approaching the second year of his third term as county executive, also went into detail about the political challenges of seeking a property tax increase he has long warned could be coming next year. Aaron Kraut reports the story for Bethesda Beat.

BALTIMORE CITY RAISES: The paychecks of Baltimore City’s elected officials — including Mayor Stephanie Rawlings-Blake, City Council President Jack Young and Comptroller Joan  Pratt — are about to get bigger. On Wednesday, the city’s Board of Estimates, which includes those three officials, is set to approve pay raises for themselves and the members of the City Council, Luke Broadwater of the Sun reports.

ENERGY STRIPS MD. RIGHTS ON CONOWINGO: An energy bill moving through Congress could strip Maryland of its rights under the Clean Water Act to require a permit for Exelon Energy Corporation to operate the Conowingo Dam, which discharges 40% of all the nutrient and sediment pollution into the Chesapeake Bay from the Susquehanna River. Dan Menefee of Kent Guardian writes in MarylandReporter.com.

Debts put some Marylanders in jail