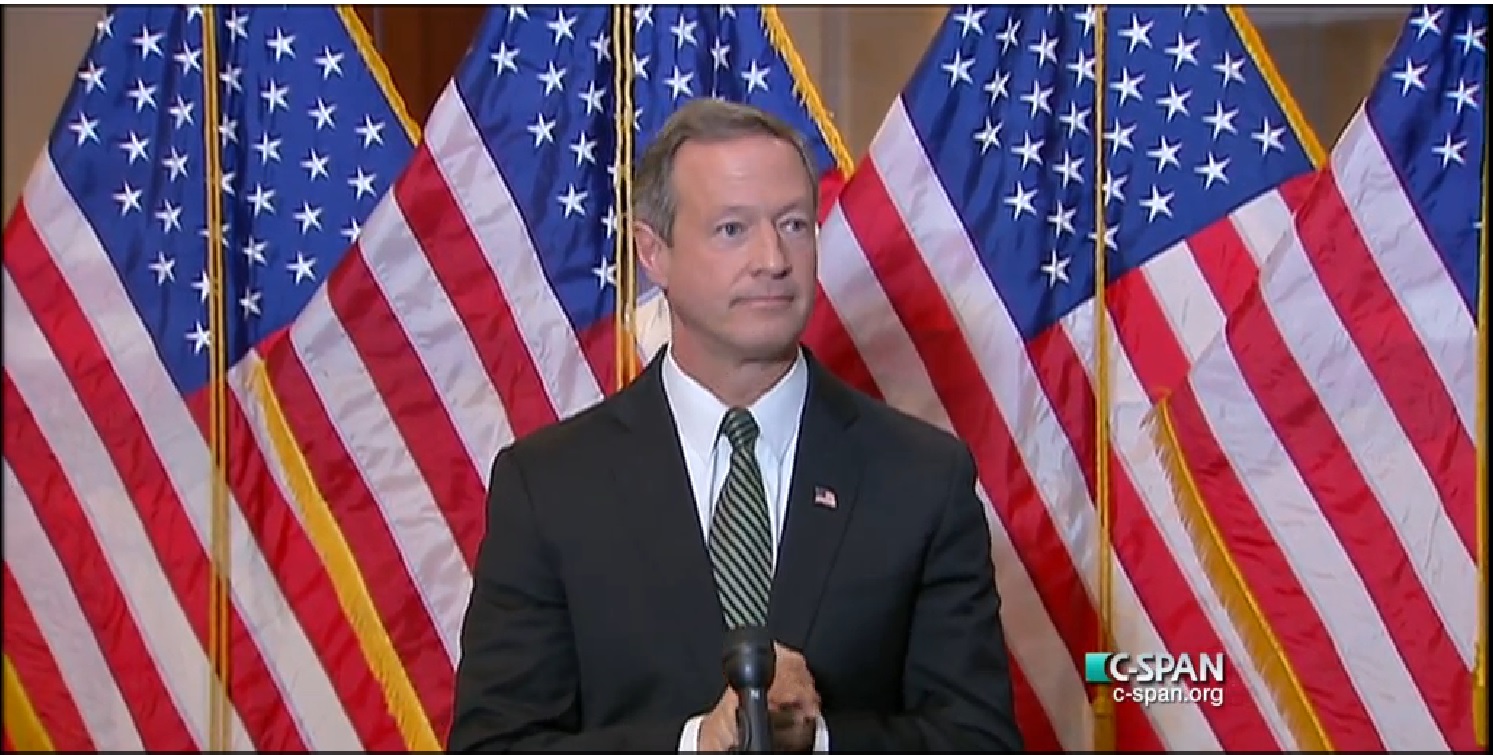 Martin O'Malley on C-SPAN after speaking to House Democrats.

Above: Video clip of Martin O’Malley from C-SPAN after talking to House Democrats

WASHINGTON–Former Maryland Gov. Martin O’Malley met with the U.S. House Democratic Caucus on Capitol Hill Tuesday morning in an effort to earn more support for his presidential run as he continues to struggle in the polls.

Democratic frontrunner Hillary Clinton has been endorsed by 38 senators and 144 House members, including every Democrat in the Maryland delegation.

“I certainly asked all the members if I could not today be their first choice, if I could today be their second choice and I look forward to their support in the future,” O’Malley said in a press conference after the meeting. “So I don’t expect any endorsements today but I do expect endorsements later in this process once the people start to decide.”

Speaking to reporters, O’Malley drew a contrast between himself and the two Democratic frontrunners on economic policy, trying to position himself between Clinton and Sanders, a self-described Democratic Socialist.

“The economy we build is a product of the choices we make,” O’Malley said. “Between the sort of crony capitalism and Wall Street capitalism, an economy by the few and for the few, and the proven failure that is socialism, there is a better way forward and it is fair market American capitalism where, when people work hard, they are able to get ahead.”

“Not only was he well-received, he received a standing ovation and quite a bit of applause. And so he’s considered a great friend, a great Democrat, and one of the best governors we’ve seen in quite some time,” Becerra said in a press conference after the caucus meeting. “All of us were thrilled and pleased that he took the time to visit with us and give us more words about his leadership and what he would do for this country.”

O’Malley has been endorsed by one member of Congress, Rep. Eric Swalwell of California, a University of Maryland College Park alumnus.

“What I most admire is his perspective as someone who is willing to, day in and day out, make the case literally doorstep to doorstep, main street to main street, across Iowa and New Hampshire and he believes that the time he puts in now will pay dividends come January and February,” Swalwell told reporters after the meeting.

Business groups ask candidates not to sign pledges before the election