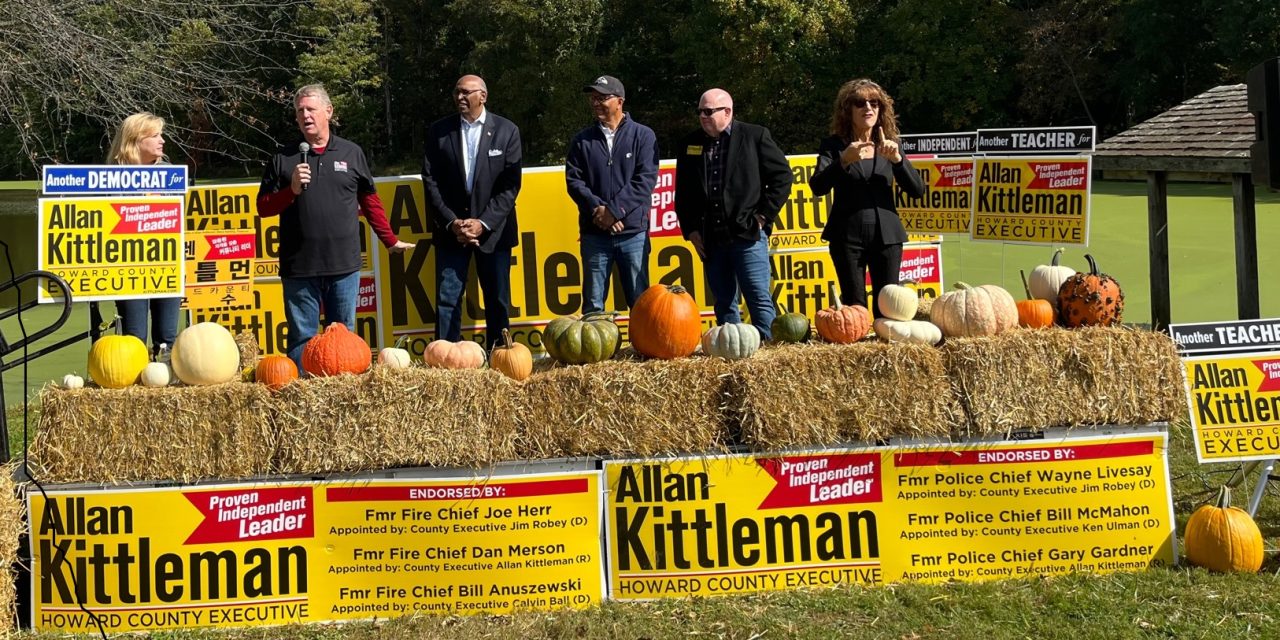 An earlier version of this column appears in the December issue of The Business Monthly serving Howard and Anne Arundel counties.

Is Howard County Blue or Purple? The results of the November election say it is definitely Democrat Blue.

Neighboring Anne Arundel County still swings slightly Purple but is trending Blue. It reelected the incumbent Democratic County executive, but gave a higher percentage of votes to statewide Republicans than its neighbors, and elected a fair number of Republican legislators, including three of seven County Council members.

With the help of a slice of Montgomery County, Howard County voters have left Republicans in a sorry state. There will now be just one Republican official left standing in Howard out of 22 elected county officials and representatives – County Council member David Yungmann in the mostly rural west.

Del. Trent Kittleman, widow of Bob Kittleman, the first Republican ever elected to the legislature from Howard 40 years ago, narrowly lost in her reelection to a third four-term. “I’ve been in politics 55 years, and this is a sad thing we’re going through in this country,” Trent Kittleman told me 10 days after the election as her election night victory slipped away.

None of these results was apparent even a week after the election, when this column was originally written, then rewritten when Republican victories on Election Day dribbled away as mail-in ballots were counted.

This kind of slow, dribbling defeat in many races undermines confidence in the results, though there is no evidence that the counting was flawed. It was just slow.

Democrats Natalie Ziegler and Chao Wu captured both delegate seats in 9A, Wu defeating Trent Kittleman by a mere 114 votes out of 66,000 votes cast. Just four years ago, before the 2018 election, District 9 was represented by three Republican delegates and a Republican senator. The legislature’s 2021 redistricting lopped off the heavily Republican slice of Carroll County and added more Democrats from Montgomery County. Now the three delegates and a senator are all Democrats.

The new district lines clearly helped Democratic state Sen. Katie Fry Hester keep the long-held Republican seat she had flipped four years ago, despite an aggressive and well-funded campaign by Del. Reid Novotny. She got 58% of the vote, winning with an 8,500-vote margin. That margin came from early voting, mail-in and provisional ballots.

Early voting and balloting by mail carried Democrats to victory in both Howard and Anne Arundel counties. Republicans tended to vote more on Election Day, as they had been urged to do. In many places, they didn’t show up.

In the key rematch for county executive, pitting Democratic incumbent Calvin Ball against Republican former executive Allan Kittleman, there were almost 23,000 fewer total voters than cast ballots in 2018. Despite that lower turnout, Ball clobbered Kittleman by more than 27,000 votes (59%) compared to his 8,000-vote margin of victory (52%) over Kittleman four years ago.

Kittleman got into the race convinced residents were unhappy with Ball over crime, taxes and schools. Overall, they were not unhappy, despite Kittleman’s persistent campaign to increase negative opinions about Ball. Kittleman will keep his lucrative state job adjudicating on the Worker’s Compensation Commission.

If a mild-mannered, mainstream, demonstrably competent and fairly moderate Republican like Kittleman cannot succeed in Howard County, who can? (Democrats would argue that Kittleman doesn’t deserve the moderate label. Ball’s advertising painted him as an extremist.)

Similarly, in Anne Arundel County, there were 12,000 less votes cast in the race for county executive, but incumbent Democrat Steuart Pittman increased his margin of victory to 16,000 votes (54%) over Republican Jessica Haire versus his 10,667 margin (52%) over incumbent Republican Steve Schuh in 2018. Redistricting helped Republicans lose one of their 15 state Senate seats in Anne Arundel and a delegate seat as well.

A key measure of the Howard County electorate this year was the vote on the single local ballot question that sought to overturn the law backed by Ball and the Democratic County Council majority. Should Howard become a sanctuary county and ban the use of county resources and personnel to assist federal immigration enforcement?

And they overwhelmingly backed the four Democratic incumbents on the County Council, who won by 66% to 76%, and one, West Columbia’s Deb Jung, had no Republican opponent at all. The GOP’s Yungmann got 52% of his western Howard district.

What of Gov. Larry Hogan’s endorsement and fundraising support? The popular Republican governor did TV commercials and fundraising events for Allan Kittleman and Del. Novotny. As the 2018 election had shown, Hogan has no coattails, even when he is on the ballot. His consistent polling popularity is non-transferable.

Republicans in Howard County are where they were 40 years ago.

Unlike its neighbor, Howard was never really a swing county. Since charter government began in 1970, it has only had two Republican county executives (though conservative Democrat J. Hugh Nichols switched parties at the end of his second term to run for governor.)

Anne Arundel goes back and forth. Seven of its 10 county executives since 1965 were Republicans.

In this year’s statewide races, even the controversial candidates at the top of the ballot — Trump-endorsed Dan Cox for governor and Christian constitutionalist Michael Anthony Peroutka for attorney general — faired far better than they did in Howard and other Democratic jurisdictions. Republican Barry Glassman, the Republican Harford County executive running for comptroller, got 47% of the vote against Democrat Brooke Lierman in Anne Arundel. But many mainstream Republicans believe that Cox and Peroutka suppressed the vote elsewhere. Cox, for instance got only 27% of the vote in Howard County, compared to 33% statewide and 43% in Anne Arundel.

In the 1990s in Howard County, through strong organizing and recruiting efforts by Republicans – the Kittlemans (Bob, Allan and Trent), Joan Athen, Bob Flanagan, Gail Bates, Marty Madden, Charlie Feaga, the McCabes, Dennis and Sandy Schrader and many others — they actually won not just the executive spot, but a majority on the council, two of the three Senate seats, and most of the courthouse officers. But that is nearly three decades ago, when Howard County was a third smaller in population and less racially and ethnically diverse. The 2020 Census found Howard County’s population was 328,000 and the White population (not including Hispanics or Latinos) dropped below 50% for the first time, as the number of Black, Asian, Latino and mixed-race people grew.

Those are among the factors that have turned Howard County blue. 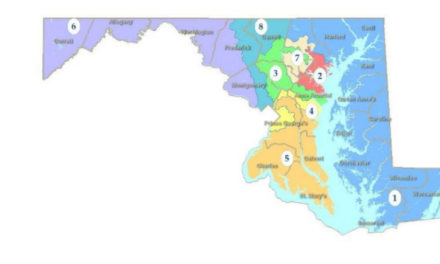