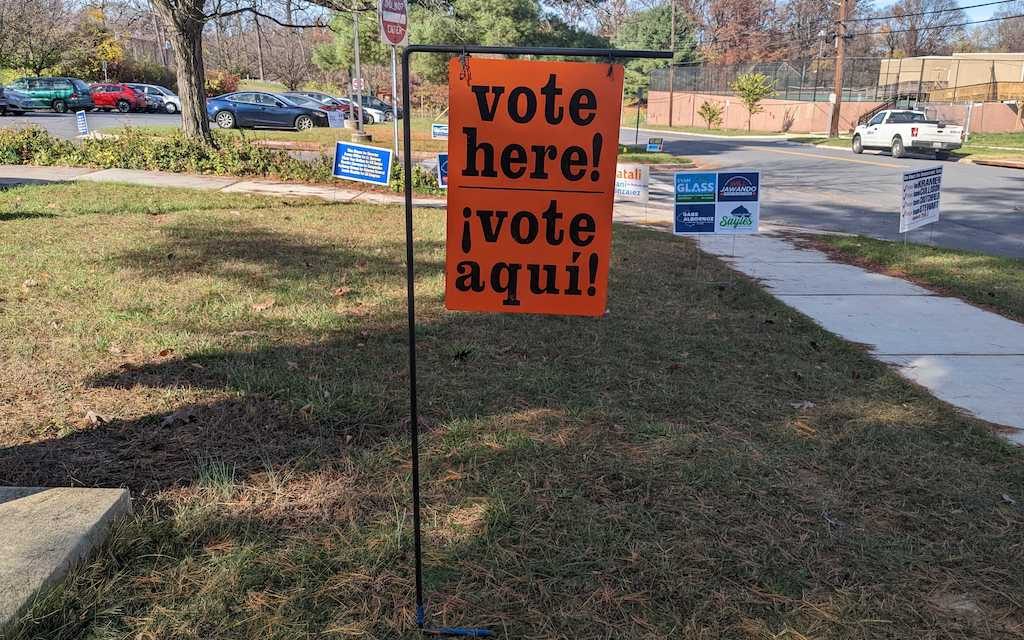 Listen to this article
By KATE SELTZER, HUNTER SAVERY, DESTINY HERBERS and NOLAN CLANCY
UPPER MARLBORO, Md. – Maryland voters participating in the first major election since the Jan. 6 insurrection are expressing concerns about the state of American democracy, but what Democrats and Republicans worry about differs significantly.

“I do believe that democracy is at stake. I think we’re going down the wrong road and I think we’re going to continue going down that wrong road, perhaps during my lifetime. I hate to think of it,” said Mary Ann Bailey, a 79-year-old retired school administrator from Upper Marlboro. Although she voted for Democrats across the ballot this year, she said she had split her votes across party lines in past elections.

Bailey is not alone.

An August 31 Quinnipiac University poll found that 67% of Americans are concerned that the nation’s democracy is at risk of collapse, which is a nine-point jump from January 2020.

That concern is shared equally among Democrats and Republicans, although they may have different ideas about what constitutes threats to democracy. In the poll, both 69% of Republicans and 69% of Democrats worried that democracy is in danger of collapse.

Democrats and Republicans may share a general concern about the state of democracy, but they find different reasons to worry, said Pippa Norris, a comparative political scientist at Harvard University.

Thomas McKenzie, a 62-year-old contractor and plumber from Upper Marlboro, expressed concerns about the integrity of the 2020 presidential election, although investigations have found no evidence of large-scale voter fraud. He voted for Republicans across the ballot Tuesday.

Beyond election concerns, McKenzie pointed to the First Amendment as an element of democracy under fire.

“Interfering with free speech can pretty much put an end to (democracy). And It’s been interfered with quite a bit,” McKenzie said.

“Our country is facing one of the most difficult crises in its history, ”Malaga said. “Women’s rights are being taken away, we’re no longer a country that believes in facts, the amount of misinformation being disseminated is concerning and startling. People should be paying attention because it’s dangerous.”

If American democracy is in danger, it’s not alone.

Experts from organizations like Freedom House, a nonprofit that researches democracy, civil liberties and political rights around the world, have been sounding the alarm about a rise in attacks on democratic institutions around the world for the past decade. Freedom House’s most recent “Freedom in the World” report found that in 2021, a total of 60 countries suffered a decline in democracy; only 25 countries improved.

Norris said that there are cracks beneath the surface of countries that have been democratic for a long time, including the United States. She said the problems with democracy are often in a country’s norms and institutions, things like the “media, freedom of the press and of expression, political rights and questions about the independence of the judiciary.”

“Often the reason for (democratic erosion) is a disjuncture, a lack of congruence between democratic cultures and democratic institutions,” she said. “The U.S. has always had somewhat weak institutions in the sense that we have constitutional rigidity. It’s very, very difficult to amend the Constitution in accordance with changing times.”

Most constitutions last for about 17 years on average; the U.S. Constitution is over 230 years old.

“If there’s a problem, for example, about the role of the president or the way in which we have run elections or any other sorts of powers of the legislature, other countries have often gone through some periodic reviews to improve and update their constitution, but the ways in which the United States has been much more rigid than others involves requiring both a two-thirds majority in the House and the Senate, and then the two-thirds majority in the states,” Norris said.

Because the Constitution is so difficult to amend, U.S. institutions are reliant on informal democratic norms, like the idea that politicians most of the time compromise with the intent of coming to an agreement.

Norris said this approach used to work, when political parties served as umbrella organizations that brought in a wide coalition of people and interests. But increased political polarization has eroded that norm.

Isaac Alex, an 81-year-old contractor from Upper Marlboro, is a registered Republican who voted for Democrat Joe Biden in the presidential election because Trump “talked too much trash.”

“When the Republicans are in power, I can get money to borrow,” he said. “I can go to a bank and have a loan. When the Democrats were in power, all hell broke loose. That’s the way I look at (the midterm elections).”

Alex also thinks “democracy is very jittery right now, because we don’t know where we’re going. The economy is not good, even though there’s jobs.”

“Party polarization in a two-party system is extremely problematic, particularly when you can’t change the rules of the game,” she said.

Despite some of what Norris calls red blinking warning lights, voter confidence remains relatively high, according to Lisa Bryant, a professor of political science at California State University, Fresno. Most people – around 85% – think their vote was likely counted correctly.

“At the local and state level, (voter confidence) is still pretty high,” said Bryant. “We don’t really see sort of a significant change until you get to thinking about all votes nationwide being counted correctly. And even then, the majority (64%) of people say that they think that they were counted correctly.”

Bryant said voter confidence dipped in both the 2016 and 2020 elections.

In 2016, “Trump had a lot of rhetoric around sort of individual voter fraud that undocumented people were filling out ballots or people were duplicating votes,” she said. “Hillary Clinton talked about election fraud in a very different way. She talked about election tampering, and most of the time thinking about external forces, like the Russians, trying to tap into our election systems and change election results or make the equipment malfunction. Both of those things can contribute to seeing a decline in voter confidence.”

“I’m worried sick,” said Bailey. “The hatred, the violence, the lack of respect. The way people at the top instigate. I could go on and on about our former president.”

In 2020, voter confidence dipped again particularly among Republicans because of the “Big Lie,” which speaks to rampant voter fraud and the idea that the 2020 election was stolen, Bryant said. Nonetheless, she remains confident that elections are functioning as they should.

“I think our elections will be fine,” she said. “I think the results are solid. I think we’re running better elections than we ever have before, especially because they’re under scrutiny and they’re under a very watchful, suspicious eye. That means the clerks have made things more transparent. They’ve made better documentation of everything that happens. So they can show exactly what they do.”

The problem, Bryant said, is getting people to believe in the integrity of elections.

“If people want to believe that there’s foul play, they might just automatically discount or discredit the evidence you show them that there wasn’t,” she said. “So I think that’s actually where the biggest threat to our democratic system, to our republic lies, is that people have really just moved away from believing anything.”

Norris said although normal public policy debate is to be expected, the level of threat to democracy today goes beyond that.

“When you can’t agree on the basic rules of the game, and you don’t know how to reform them, and the institutions don’t allow you to reform them, that’s when you’re heading for trouble,” she said. “And sometimes it seems to me that America is rather like the Titanic heading for the iceberg. We can see the iceberg, and it won’t hit in 2022. But gradually, the risks just get much, much greater as we approach 2024.” 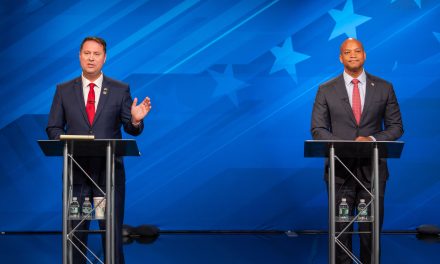 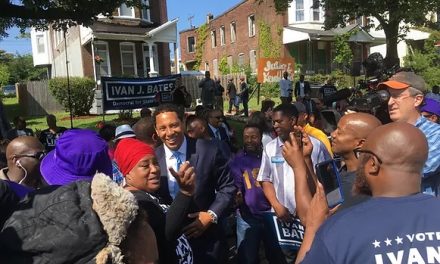