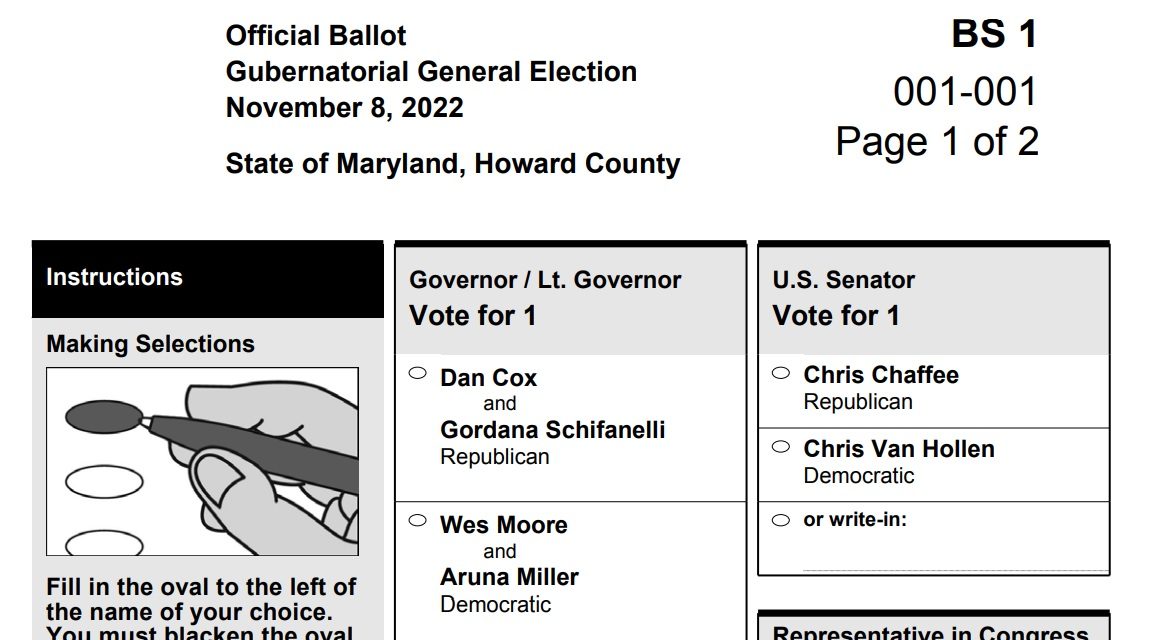 BETTER FUNDED DEM TRIES TO TAKE DOWN MD’S ONLY GOP HOUSE MEMBER: Heather Mizeur’s campaign for Maryland’s First Congressional District seat has raised $1,570,809 so far, more than any of the last four Democratic candidates who came before her, according to Federal Election Commission records. House election analysts, however, only give her a slim chance to unseat Republican incumbent Rep. Andy Harris in November. He has held the seat since 2011 and has raised $955,507 so far in his campaign for reelection, according to the FEC. Nolan Clancy and Courtney Cohn/The Capital News Service in Maryland Reporter
NEW MOVE OVER LAW GOING INTO EFFECT: Starting Saturday, Maryland drivers will be required to slow down or move over when passing any stopped cars displaying warning signals, officials said. Violators will face a $110 fine and add a point to their driving record. Drivers in the state also will be required to use rear-facing seats for children under 2 years old. Sean Salai/The Washington Times

AGING WATER SYSTEM BLAMED FOR BOIL ADVISORY: Baltimore officials identified a likely cause of the E. coli contamination that left much of West Baltimore under a water boil advisory earlier this month, pointing to a series of failures stemming from the city’s aging water infrastructure. Adam Willis/Baltimore Banner

HOUSE DEMOLISHED DUE TO SINKHOLE LEAVES FAMILY HOMELESS, WITHOUT CITY HELP: When a massive sinkhole struck North Avenue, Quentin Bell’s house and possessions were destroyed. But now insurance isn’t covering any of his loss, saying that it is the city’s fault. Rebecca Pryor/WBFF

JOHNS HOPKINS PRIVATE POLICE FORUM SHUT DOWN AGAIN: Another attempt at holding a town hall meeting on a proposal to form a private police department at Johns Hopkins University, ended the way a similar meeting ended a week ago. “Shut it down,” protesters cried.  Jeff Abell/WBFF

UNINSURED CHILDREN WHO CAN’T AFFORD SHOTS WON’T BE COUNTED FOR FUNDING FORMULA: When every public school in the state on Friday morning takes an official count of how many students are sitting in their classrooms, they won’t be counting the children whose parents don’t have health insurance and can’t afford to have their kids immunized against standard childhood diseases, such as mumps and measles, quickly. Free city health department appointments aren’t available for weeks, and without being counted, the schools will lose crucial funding for those students. Liz Bowie/Baltimore Banner

NICE BRIDGE DEMOLITION CHALLENGED IN COURT: A new federal lawsuit asks a judge to halt the imminent demolition of the historic Harry W. Nice Bridge because its replacement lacks a bicycle and pedestrian path that state officials originally pledged to include. Madeleine O’Neill/The Daily Record