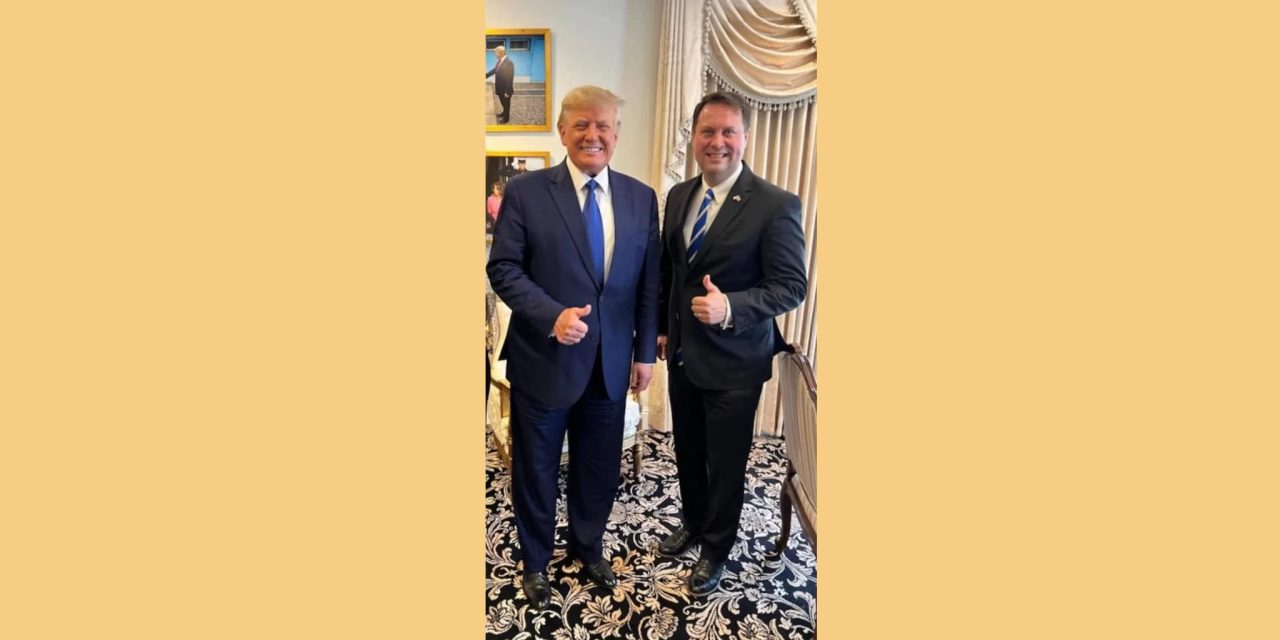 SIMONAIRE, OTHER REPUBLICANS DODGE ENDORSING COX: The top Republican leader in the Maryland Senate declined to endorse his party’s nominee for governor on Tuesday as Republicans continue to grapple with far-right conservative Dan Cox at the top of the ticket. Senate Minority Leader Bryan Simonaire, speaking about the need to break Democrats’ supermajority control in the Legislature, said he was solely focused on the candidates for state Senate and had no plans to endorse any of the statewide nominees. Sam Janesch/The Baltimore Sun.

ELECTIONS BOARD DELAYS OK OF BALLOTS: The Maryland State Board of Elections voted to delay by two days approval of the ballots that voters will see on Election Day. The reason? Two simmering ballot-access cases that are scheduled to be resolved on Wednesday. Bruce DePuyt/Maryland Matters.

HOGAN BACKS GLASSMAN FOR COMPTROLLER: Harford County Executive Barry Glassman announced Tuesday he has received an endorsement from Gov. Larry Hogan in the race for state comptroller. “I can’t think of another leader in Maryland who has done a better job at watching out for the taxpayers and representing everybody, whether they are Republicans or Democrats or independents, than Barry Glassman,” Hogan said in a video statement. Jason Fontelieu/The Aegis.

MOBILE SPORTS BETTING EXPECTED BY END OF 2022: By the end of this year, Maryland gamblers may be able to place mobile sports bets. The arrival of online sports gambling has been more than two years in the making, but as recently as last month, a 2022 launch didn’t seem likely. Hayes Gardner/The Baltimore Sun.

OPINION: MARYLAND CONGRESSIONAL DELEGATES MUM ON STOCK TRADING: Over the course of this year, the glaring lack of congressional ethics rules has become painfully obvious to the American public, and legislation to rectify this has overwhelming public support. Yet as legislative efforts to hold members of Congress to the same standard applied to federal workers have stalled in Congress, the majority of Maryland’s elected representatives in Congress have been conspicuously absent from the efforts to bring some parity to this system. Dylan Hedtler-Gaudette/MarylandReporter.

B’MORE UNDER ‘BOIL WATER’ ORDER: City officials were awaiting water testing results Tuesday evening that could shed light on the extent of an E. coli and coliform contamination that has left thousands of West Baltimore residents on a boil water advisory since Monday. Adam Willis, Emily Sullivan and Penelope Blackwell/The Baltimore Banner.

OPINION: A BAD IDEA FOR ARUNDEL SCHOOL BOARD: Anne Arundel County is less than six years into the process of electing members of its Board of Education, but not Del. Sid Saab wants to dilute the voice of the voters by adding two appointed positions who will be accountable to nobody. Not the voters. Not the other board members. Not the parents. Not teachers. Nobody. Brian Griffths/The Duckpin.

ARUNDEL FLAG BAN BILL REPLACED: Anne Arundel County Council Republican Nathan Volke of Pasadena withdrew a controversial bill Tuesday night that would ban all flags other than the county, state and federal flags from flying on county flagpoles or being displayed in county buildings. He replaced the bill at Tuesday’s council meeting with one that would prohibit the county from allowing individuals or groups outside government to fly flags on county flagpoles. Dana Munro/The Capital Gazette.

SEN. YOUNG PENS BOOK ON TIME AS MAYOR: State Sen. Ron Young — who is set to retire from politics when his state Senate term ends in January 2023 — took the time to preserve in writing the defining period of his political career: his 16 years as Frederick’s mayor. Jack Hogan/The Frederick News Post.

BYRON WARNKEN, BELOVED UB LAW PROF, DIES AT 76: Byron L. Warnken, a beloved longtime University of Baltimore School of Law professor whose students never forgot him or he them, died Monday at his home in Owings Mills after a long illness. Warnken was 76. Steve Lash/The Daily Record.