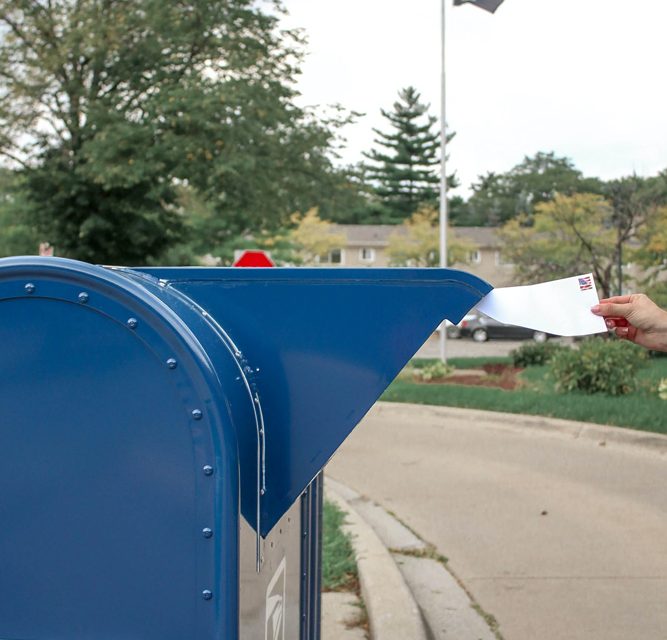 Marylanders have eagerly embraced the use of mail-in ballots. Photo by Element5 Digital from Pexels

MARYLANDERS EMBRACE VOTE BY MAIL: Changes about who can vote and how those people can cast ballots have continued in Maryland since the passage of the federal Voting Rights Act in 1965. In the past two years, since the COVID-19 pandemic, more voters in the Free State have been making their choices via mail-in ballots. Almost 500,000 mail-in ballots were sent to voters who requested them this year. The trend toward mail-in balloting showed up in counties across the state during the July primary.Mike Lewis/The Hagerstown Herald Mail.

COULD HOGAN WIN PRESIDENTIAL HOME-STATE PRIMARY? If Gov. Larry Hogan decides to run for president would he be able to secure enough support to win his home state in a competitive GOP primary election? Hogan’s more moderate brand of Republicanism appears to be at odds with a party that has many voters who are still enthusiastic about former President Donald Trump and his MAGA populist vision, and Republicans from Maryland are unsure Hogan’s reach into the state’s conservative regions is as strong as it once was. Bryan Renbaum of Baltimore Post-Examiner/MarylandReporter.

CHOUDHURY ON MARYLAND PUBLIC EDUCATION: As the beginning of the school year approaches, State Superintendent Mohammed Choudhury is already looking ahead to the next academic year and those following. That’s because the Blueprint for Maryland’s Future, legislation providing billions in funding to the state’s schools, starts to roll out across the state this year. Choudhury sat down for a Q&A as school approaches. Sabrina LeBoeuf /The Baltimore Sun.

BA CO SCHOOLS SHORT 400 TEACHERS: Hundreds of teachers won’t be in classrooms across the Baltimore County Public School district as students return to school next week. Baltimore County is short more than 400 teachers while the school board is clashing with the county executive and council over how to fund teacher pay raises. John Lee/WYPR-FM.

FBI CHIEF WANTS HQ TO REMAIN IN D.C., CARDIN SAYS: Sen. Ben Cardin (D) identified a potential hurdle to Maryland’s dream of luring the FBI headquarters to Prince George’s County. He said FBI director Christopher Wray wants the agency to remain downtown. “Maryland has the strongest offer. Make no mistake about it,” Cardin said. “But there’s a lot of politics. We’re having a problem with the FBI director, who doesn’t really want to move, so we’ll see what happens.” Bruce DePuyt/Maryland Matters.

STATE LEADERS SEEK SIGNS OF RECESSION: State and local leaders are keeping a watchful eye on economic indicators that could hint at a looming recession. Mixed economic signals including high inflation and job growth linger as the state, nation and the world try to right themselves during a pandemic. Maryland’s treasurer said some caution might be warranted. Bryan Sears/The Daily Record.

AFTER HOGAN ADMIN, WHERE DO HIS CABINET MEMBERS LAND? When he leaves office next January, Gov. Larry Hogan (R) will have several professional options available to him. He can return to his real estate business; settle into semi-retirement; go on the political lecture series or run for president. But what about Hogan’s cabinet members and other high-ranking members of his administration? What’s ahead for them? Josh Kurtz/Maryland Matters.

BLAIR CLOSES GAP IN PRIMARY AGAINST ELRICH: As the recount in the Democratic primary for Montgomery County executive nears an end, businessman David Blair has closed the gap on incumbent Marc Elrich’s lead by three votes. Montgomery County elections workers gathered Monday for a fourth straight day working their way through every ballot cast in the county during the July 19 primary. Danielle Gaines/Maryland Matters.

B’MORE VOTERS TO DECIDE ON TERM-LIMITS: Baltimore voters will be asked this fall to decide whether the city’s future elected leaders should be limited to two terms, the only successful question to emerge from multiple petition drives to put issues on the ballot this year. The petition drive was financed by Sinclair Broadcast Group Chairman David Smith. Emily Opilo/The Baltimore Sun.