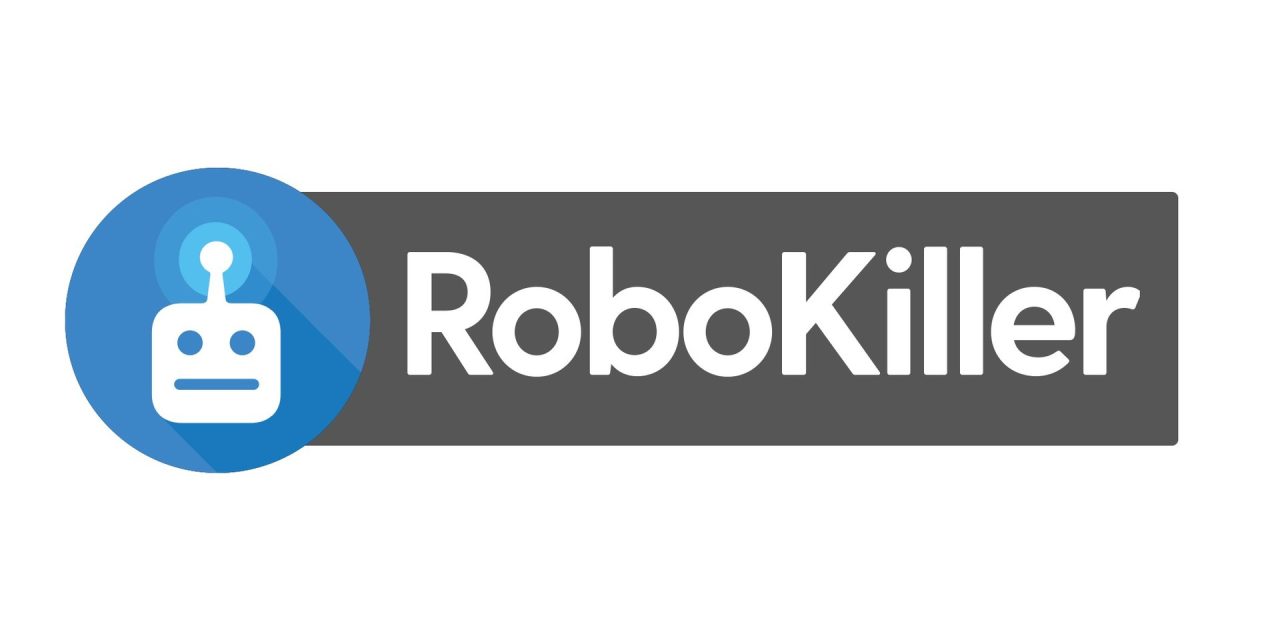 What is RoboKiller App?

RoboKiller app is a spam call blocker that lets you keep track of incoming calls by automatically banning  and adding undesired callers to your blacklist. When RoboKiller’s call blocking algorithm is activated, no  spam calls stand a chance. With the use of number-blocking audio-fingerprinting technology, any  robocall, telemarketing, unwanted caller, or phone call with an unknown caller id would be recognized  as spam. With the spam call filtering program, you may avoid receiving unsolicited phone calls.

RoboKiller was created and is maintained by Teltech Systems, Inc.’s brilliant staff, and the software is  updated on a regular basis. This program is breaking records with millions of downloads. The app does  not interfere with any other apps on your phone. It runs on a secure, enterprise-class platform. It  guarantees that your information is secure and that nothing is shared with other apps.

? Spam calls should be blocked.

? Always be aware of who is phoning you.

? You may personalize your call blocking.

? Spammers are added to the blacklist automatically.

How does Robokiller work?

Over a million robocalls and telemarketers are blocked by Robolkiller. The Robolkiller application is  available for both iOS and Android devices.

Robolkiller’s “AnswerBot,” which answers the phone for you and then wastes the marketers’ time  chatting to them, is one of the company’s unique features. When a spam call is detected, Robolkiller’s  Answer Bots are given the opportunity to answer the call and waste their time.

These Answer Bots are pre-recorded audio files that are used to deceive spammers and robocallers. You  may choose from a variety of answer bots, including Random, the default answer bot, Nonsense, spoilt  child, Morgan Freeman, and many others. Robolkiller has a database of over 500 million phone frauds  that it will automatically prevent.

You may also change the call blocking level. Because contemporary fraudsters know that you are more  likely to answer calls from local numbers, they fake the data to make the area code appear to be the  same as your residence.

They can even make the caller ID seem similar; nevertheless, Robolkiller’s program will defeat all of their  attempts. You’ll also be able to safeguard your phone number against deceptive spam calls from a  certain neighbor.

Features of the RoboKiller App

? Spammers are automatically added to the spam call blocker’s blacklist in the app without  disturbing you. The Blacklist automatically refreshes to provide the most up-to-date protection,  preventing even the most devious scam calls.

? Avoid being a victim of a scam by blocking unwanted phone calls and keeping the number  banned for as long as you like. You may also add undesirable calls to the Block List to block  them.

? In the Allow List, keep your contacts or any new phone numbers protected. In your Recents, you  may also see the number you missed. If you’re anticipating an essential call from an unknown  number, the program also allows you to temporarily stop the spam blocker, then resume  blocking calls when you’re ready.

RoboKiller is a spam call blocker that lets you keep track of incoming calls by automatically banning and  adding undesired callers to your blacklist. It features a simple, clean style and pictures that make it  simple for consumers to utilize.

Specifications of the Robokiller Software:

? The app protects you from spam calls.

? The program also protects you against spam SMS messages.

? The app comes with a seven-day free trial.

? The program allows users to exact vengeance on spammers.

? Users may build a block and allow list in the app.

? The software may be downloaded from both the Google Play Store and the Apple Store. Is it legal and secure?

Yes, the Robolkiller app is 100% safe and legal. It fools spammers and Robocall into playing the recorded  message before your phone ever rings. It has received a lot of excellent feedback in both the Apple App  Store and the Google Play Store.

Despite this, several users have reported that the premium version does not perform well and is  inaccurate. One customer claimed that the default option of blocking local area codes had automatically  prevented an important call.

? Answer that is both entertaining and satisfying Robolkiller’s block list is routinely updated by  bots that accept your calls for you.

? It allows you to customize the whitelist and blocklist.

? It works on both iOS and Android smartphones.

RoboKiller has both free and premium subscription levels. You may subscribe to its premium plan for  enhanced features for $3.99 per month, $29.99 per year, or $39.99 for a two-year membership. There’s  also a seven-day free trial.

How to Use RoboKiller on iPhone?

Downloading a third-party robocall blocker app like RoboKiller is the best and most effective approach  to battle robocalls on your iPhone. Robocall blocking applications are recommended by both Apple and  the FTC. This sort of program was designed to block nuisance robocalls and spam calls.

RoboKiller is highly rated iPhone robocall blocker software that can help you avoid spam messages and  robocalls. RoboKiller is a third-party robocall blocker tool that allows you to battle robocalls with your  robot, in addition to providing the most effective spam call protection, real-time caller identification,  and blacklist/whitelist features.

How to Use RoboKiller on Android?

RoboKiller is also available for Android smartphones and tablets. Android users may use this feature to  stop unsolicited calls. The Federal Trade Commission (FTC) and even Google promote it. RoboKiller is a  top-rated app on the Google Play Store. It functions similarly to the iPhone. Spammers and robocalls will  be kept at bay.

To get started with RoboKiller on your Android device, simply follow the steps below:

? Go to your Google Play store and download the app.

? In the search box, type “RoboKiller.”

? Then, in the box, press the magnifying glass. It may be found at the very top of your screen. ? Choose the app from the list of results.

? You’ll notice the RoboKiller on your home screen after it’s been installed, and you can start using  it right away.

How to Get Started RoboKiller for Android:

Follow the steps below to get started with RoboKiller on your Android phone:

? Open the RoboKiller app after downloading it to your Android phone.

? To begin activating your account, enter your mobile phone number on the screen. You’re ready to battle robocalls anytime, anyplace now that you know how to utilize RoboKiller!

Nomorobo vs Robokiller vs Hiya: Comparison

Scammers and telemarketers’ strategies for persuading you to pick up the phone have improved as well,  thanks to call blocking software. Continue reading to see how Nomorobo, Robokiller, and Hiya stack up.

Illegal telemarketers or robocalls are blocked or hung up on by Nomorobo. Users can add the Nomorobo  number to their simultaneous ring list with Nomorobo.

It uses “simultaneous ring,” a technique that is currently in use in many VoIP configurations, to  safeguard VoIP (Voice over internet protocol) mobile phones and landlines.

When you receive a call, all of those numbers will ring at the same time, with the first number to be  answered terminating the ringing on the others.

If the call is legitimate, it will be forwarded to your phone number. It claims that your phone will ring  once to notify you that the robocall has been answered and terminated. Also, because Nomorobo  utilizes the first ring to identify the call, users must wait for the second ring to answer the call.

Nomorobo makes use of a database of approximately 655,000 known robocallers. Nomorobo will pick  up the call if there is a match, which includes political robocallers.

Hiya is a program that uses caller profile data to identify incoming calls and stop bothersome calls that  are suggested. Its “Call Block Security” identifies and prevents unsolicited calls and messages.

It’s completely safe and secure since it alerts you to incoming spam phone calls, which you can then  report to the Hiya community. It shows you who’s calling in real time, whether it’s a robocaller, a friend,  or a telemarketer.

You may add Hiya names and addresses to your phone contacts to ensure that they are correct, up-to date, and full. You may use its reverse search tool to check up the phone number of an unsaved  contact’s call to determine the real caller’s name and whether it is a robocaller.

An automated call blocker, which allows you to blacklist undesired numbers, can help you maintain your  privacy. Caller blocker blocks fraud and scam calls automatically, as well as “neighbor spoofing” calls  from numbers that seem similar to yours.

Hiya Premium is a paid membership service that includes all of the fundamental features of the free  service. Users may join up for a seven-day free trial and then subscribe to a monthly or yearly plan after  that.

Which is better: Nomorobo, Robokiller, or Hiya?

It’s difficult to choose between these three applications because they’re all quite useful and help you  prevent incoming spam or unwanted calls. Telemarketers, fraudsters, and other unwanted calls and SMS  are immediately blocked by Robokillers. Nomorobo is a VoIP service with a great feature called  “Simultaneous Calls.”

Hiya’s Call Block Security, on the other hand, identifies the calls you want to make and bans unsolicited  calls and messages. As a result, choosing the best call blocking software is totally dependent on your  needs and tastes. We hope that the information provided in the preceding article has provided you with  a thorough understanding of Nomorobo vs Robokiller vs Hiya.

We found a lot of positive Robokiller Software reviews online, where customers are praising the app.  Many customers claim that after using the program, the amount of spam calls they received decreased  significantly.

Many reviews are accessible on the app’s official website and social media platforms. In addition, a large  number of customers have given good reviews in the app stores. These testimonials reveal that the  software provided respite from annoying spam calls.

The program looks to be ideal for folks who are constantly receiving scam calls. The software is well known for assisting mobile users in blocking spam calls. According to internet Robokiller app reviews,  the app efficiently stops spam calls.

Robokiller (Robokiller Reviews) provides a free seven-day trial and is absolutely safe to use. 3. How to remove robokiller from iphone?

There’s a chance you’re having trouble receiving VoIP calls on your phone.

RoboKiller is a completely free program to download. Although a membership is required to utilize the  service, you may test it out for free for seven days.

Hiya’s call blocking can only be automatically updated when the software is active in the background,  however Robokiller’s spam list protects you from fraudulent calls every time.

Few users have reported that the phone’s default option of blocking local area codes has automatically  prevented a vital call. 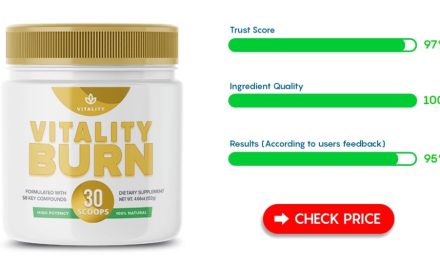 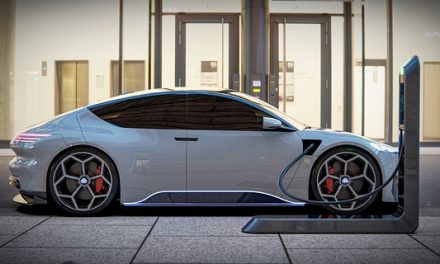 Do you want to buy an Electric vehicle in 2022? Your questions are answered here! 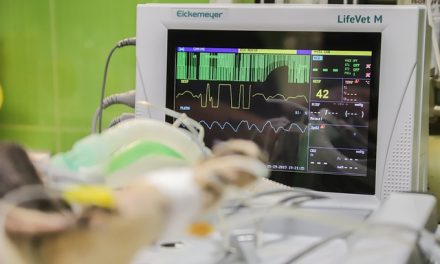 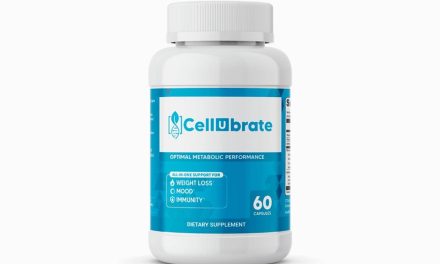