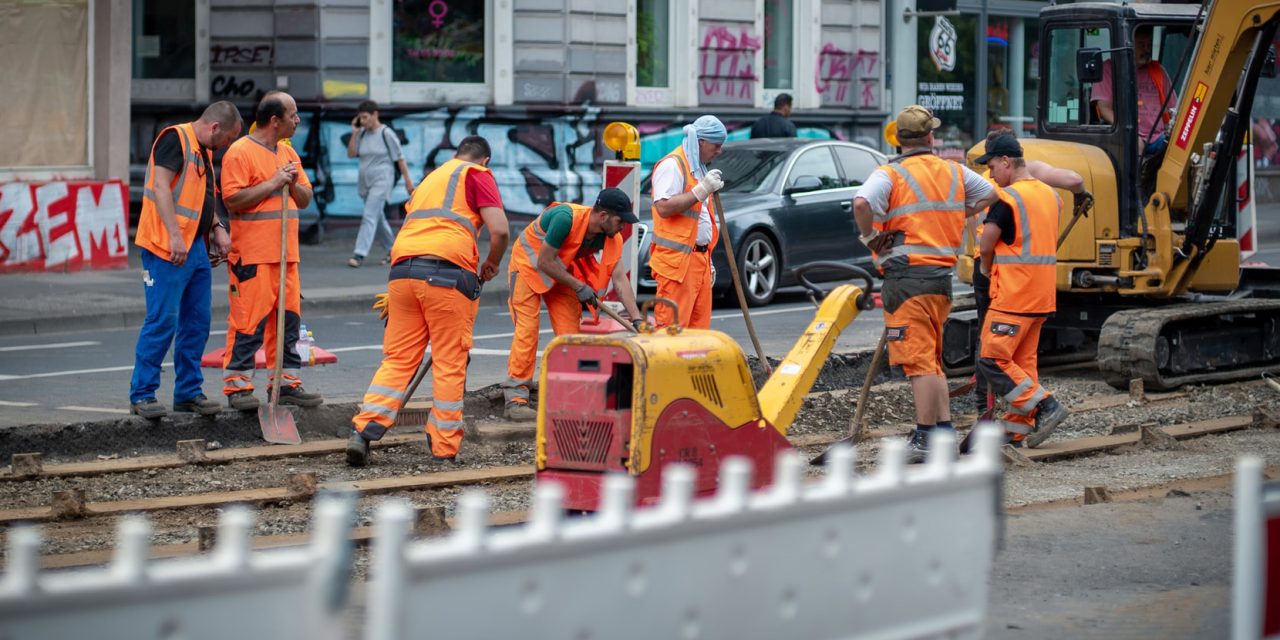 County, urban and rural jurisdictions are hoping to return to the old formula for allocation of road construction dollars from the state. Photo by Mika Baumeister on Unsplash

LOCALS DESPERATE TO GET ROADS FUNDING RESTORED: When the Great Recession hit and revenues tanked, state leaders raided every pot of money they could find, including the fund that divides “highway user revenues” between the State Highway Administration and local governments. Given Maryland’s record surplus, county and municipal officials are insisting that Maryland restore the 70-30 split that existed for 40 years before the downturn. Despite a full-throated campaign, however, their efforts have yet to pay off. Bruce DePuyt/Maryland Matters.

SENTENCING DATA BILL MOVES TO HOUSE PANEL: The Democratic-led Maryland Senate passed legislation this month calling on a state commission to compile and post circuit court sentencing data on a largely county-by county-basis, rebuffing Gov. Larry Hogan’s proposal that the posted information provide by name the sentence each Maryland judge rendered for violent criminals. Following the Senate’s 46-0 vote, attention now has shifted to the House Judiciary Committee, which is scheduled to hold a hearing on the Senate-passed bill today. Steve Lash/The Daily Record.

LAWMAKERS IGNORE BILL TO SAVE DOLLARS GOING TO ‘GHOST STUDENTS:’ Millions of tax dollars are going toward educating students who are not even in school. An analysis of state data found, in 2019, there were 6,126 students statewide who could not be located at a cost to taxpayers of $92,796,648, in just one year. Legislation drafted to better protect those tax dollars recently went before lawmakers, but it was ignored. Chris Papst/WBFF-TV.

PANDEMIC NEVER FAR AWAY, EVEN ON CROSSOVER DAY: Even though Monday had a frenetic, conventional Crossover Day feel, the pandemic was never far from the lawmakers’ minds. In fact, as an eye-glazing number of bills zoomed through the legislative sausage-making machine, it became apparent just how much the pandemic has defined this year’s session. “You can’t escape that,” said Del. Alfred C. Carr Jr. (D-Montgomery). “It forces you to rethink a lot of things.” Staff/Maryland Matters.

EARLY VOTING SCHEDULE FOR JULY 19 PRIMARY ANNOUNCED: Early voting for the delayed July 19 primary will begin on July 7, according to an announcement Monday from the Maryland State Board of Elections. The deadline to register to vote in the primary will now be June 28, and the deadline for primary voters to request a mail-in ballot is July 12, according to the Maryland Elections Administrator Linda H. Lamone said in a news release. Bennett Leckrone/Maryland Matters.

MORE ON BARON’s RUNNING MATE: Former nonprofit executive Jon Baron has selected Natalie Williams, who has a long history in District politics as a former spokeswoman for Marion Barry and a former Ward 8 president, to join his ticket in his bid to become Maryland’s next governor. Williams, who began her career in television journalism, lives in Prince George’s County and serves as a communications executive for the Maryland Business Roundtable for Education. Ovetta Wiggins/The Washington Post.

RULING ON BA CO MAP EXPECTED THIS WEEK: U.S. District Court Judge Lydia Kay Griggsby said at a Monday hearing that she would try to rule this week as to whether a new Baltimore County Council redistricting proposal complies with the federal Voting Rights Act. Bennett Leckrone/Maryland Matters.

FIONA APPLE LENDS VOICE TO PG COURT-WATCHING: Court-watchers in Prince George’s County have a musical advocate who is amplifying the need for advocates to see what’s going on inside courtrooms. Grammy Award-winning singer-songwriter Fiona Apple came to prominence during the ’90s era of empowered women demanding to take center stage with their voices and concerns. And she’s now urging others to raise their own voices and join her as a PG County court watcher. Jamila Bey/The Washington Informer.

VIGNARAJAH TO RUN FOR CITY STATE’S ATTY: Thiru Vignarajah, the former city, state and federal prosecutor who has run for Baltimore state’s attorney and mayor, is running for state’s attorney again, setting the stage for a potential rematch of the last election for the city’s top prosecutor. Alex Mann/The Baltimore Sun.