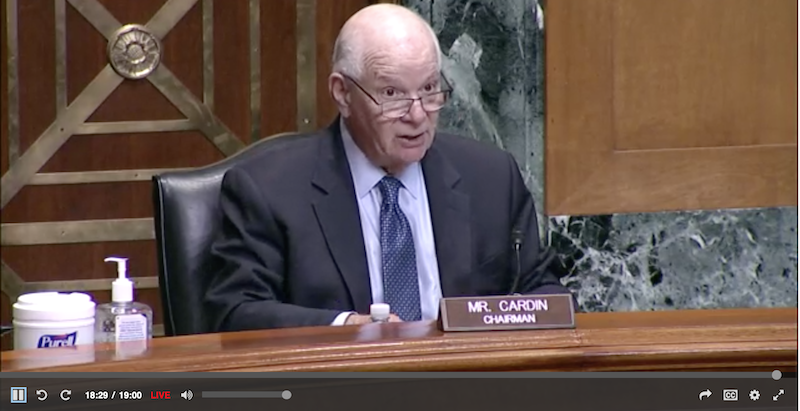 U.S. Sen. Ben Cardin, D-Md., Wednesday emphasized the need to ensure that money from a federal program that provides financing to promising small businesses is more equitably distributed to entrepreneurs in underserved communities throughout the nation.

The Small Business Investment Company Program (SBIC) has provided more than $100 billion to tens of thousands of small businesses since its creation by Congress in 1958. Apple, FedEx and Build-a Bear are included among the now-large companies that once received SBIC financing. The program is administered by the U.S. Small Business Administration (SBA).

While SBICs have a better track record at providing capital to underserved communities than does the broader venture capital industry, the program’s leaders and participants are nevertheless continually striving for greater inclusion.

Cardin, who chairs the committee, added: “We have the historic problems of women-owned businesses, Black, Hispanic, rural, and other underserved communities-that existed before COVID-19 and was made more difficult as a result of COVID-19 in attracting capital.”

“We can and must do better. And the SBIC can play a very important role in making that a reality,” Cardin said.

“Small businesses need more access to equity, which is the most patient form of capital. Equity investments are typically less of a cash constraint than debt, allowing for more money to be reinvested into a business. Equity is also typically more appropriate for earlier stage businesses that are not yet generating significant revenue.”

Ivelisse Rodriguez Simon, who is a managing partner at the Los Angeles-based women and minority-owned private credit and structured equity fund, Avante Capital Partners, said one of the main problems with the SBIC program is that is “underutilized.”

“While the SBA is authorized to provide up to $4 billion in leveraged-SBICs annually, SBIC funds are only drawing about $2 billion in SBA-leverage each year. We should expand the program and fully utilize it to get more capital invested in small businesses.”

Simon said the SBIC should create an equity program to help provide more capital to small businesses in underserved communities.

“Each year SBICs provide only five percent of the total financing to minority-owned businesses and about three percent to women-owned businesses. This lack of diversity in investment stems directly from the lack of diversity among SBIC fund managers. There is no more than a handful or two of women and minority-owned investment managers in the 300 SBIC licenses outstanding.”

Nonprofit groups aim to influence candidates to help their causes