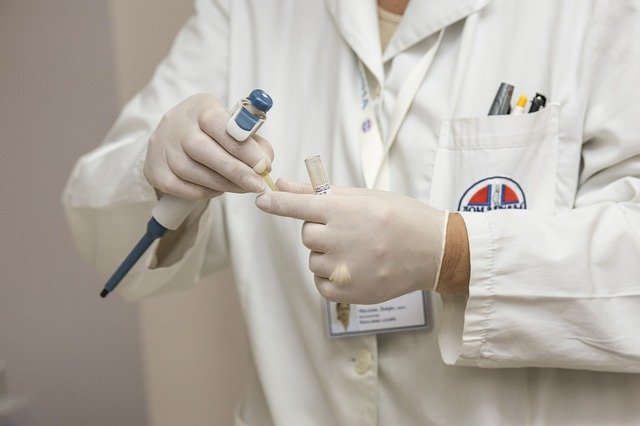 Image by Darko Stojanovic from Pixabay

A bill that would, among other things, mandate healthcare workers participate in implicit bias training, is on the desk of Maryland Gov. Larry Hogan.

SB05 aims to confront racial inequality in the healthcare system through legislation that targets individual care providers and the state as a whole.

If passed, evidence-based implicit bias training would be required of any health care professional looking to renew their license with a health occupations board or the Accreditation Council for Continuing Medical Education every two years.

As is indicated by the bill, the program would be offered to physicians, dentists, nurses, psychologists, and other “allied health professionals.”

A similar bill, HB837, which sets comparable requirements for healthcare workers involved in pre-and postnatal care, was enacted in May 2020.

The training would provide participants with a comprehensive framework on implicit bias, defined in the bill as, in part, “prejudicial negative feelings or beliefs about a group that an individual holds without being aware.”

A Cultural and Linguistic Health Care Professional Competency Program — which would provide insight into how factors like ethnicity, culture, and race play into the patient experience — would also be offered to healthcare workers.

Delegate Joseline A. Pena-Melnyk, D-Prince George’s and Anne Arundel, who is sponsoring the cross-filed HB0028, says the COVID-19 pandemic has only highlighted the need for these programs.

“When you look at how the people who are most impacted are the Black and brown communities — the Latino community — where they had the highest number of COVID-19 cases in the entire state in Prince George’s County … COVID has really shown that these health disparities exist,” Pena-Melnyk told Capital News Service.

The bill would further require the Maryland Department of Health to release a more expansive version of the Health Care Disparities Report Card.

Though required to be updated every year, the most recent data on minority health disparities available on the state health department website is from 2012.

The updated report would be published annually beginning in 2023 and include more details about the health of people of color in the state; select information would be updated every six months.

Proposed adjustments to the report card include analyses of the racial breakdown of residents covered by medical insurance, the ethnic and racial breakdown of the medical personnel compared with the general population, and racial and ethnic disparities in cases of dementia, cancer, diabetes, infant mortality, and other conditions known to affect minorities at a higher rate.

The Alzheimer’s Association of America reached out directly to Sen. Melony Griffith, D-Prince George’s, who is sponsoring the bill, to implore her to include the specific disease in the bill.

Through her own research, Griffith learned some evidence suggests Alzheimer’s Disease may be more prevalent in non-white populations, yet these patients often receive a delayed diagnosis or subpar treatment according to a study published in the Alzheimer Disease and Associated Disorders journal.

The bill also mandates the governor to designate $1,788,314 or 0.012% of the annual budget for the Office of Minority Health and Health Disparities beginning in the fiscal year 2023.

If enacted, the bill will take effect beginning on Oct. 1; implicit bias training of medical providers will be required after April 1, 2022.

Chesapeake oyster decline not due to overfishing, but warmer winters, new study says