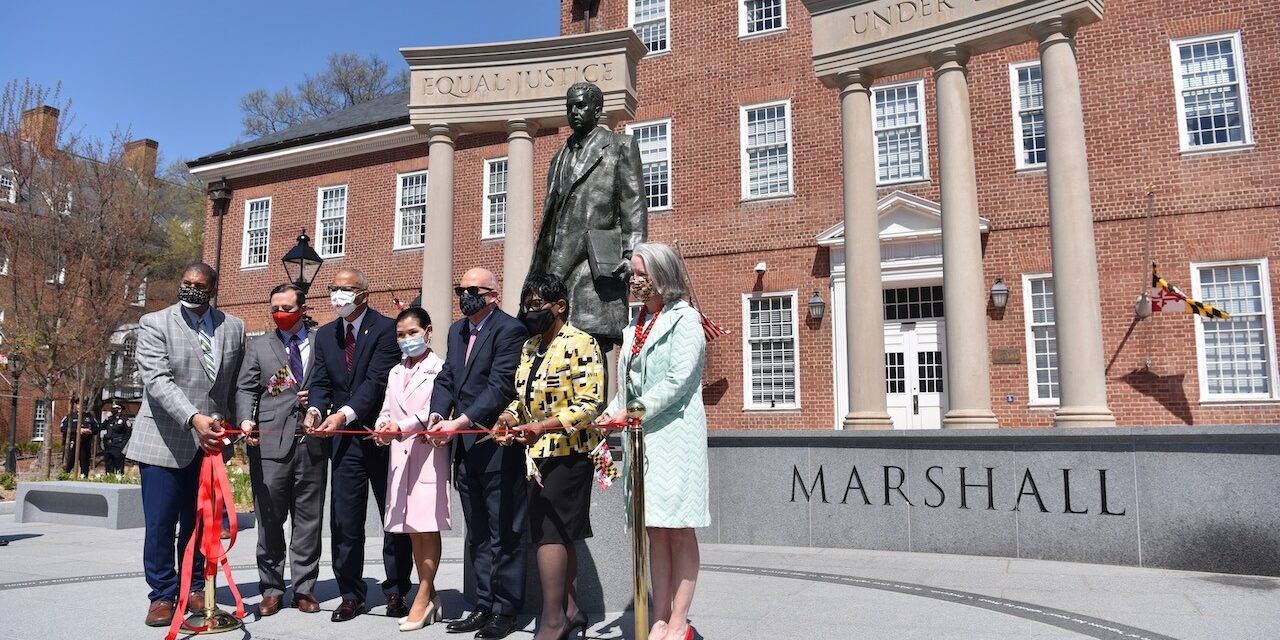 The revised and expanded Lawyer's Mall outside of the State House was rededicated Monday by the governor and presiding officers of the General Assembly and others associated with the two-year long project forced by the replacement of the underground utility system for the Annapolis complex. Governor's Office Photo.

RESTAURANTS CHALLENGED BY RETAINING EMPLOYEES: In an interview with Bryan Renbaum of Maryland Reporter, Marshall Weston, president and CEO of the Restaurant Association of Maryland, said Tuesday that the biggest challenge for restaurants in the near-term is retaining enough employees to serve the increased number of customers who have recently decided to dine out. Last month, Gov. Larry Hogan allowed the state’s restaurants to go from 50% dining capacity to 100% dining capacity.

POLICING BILLS HEAD TO FINAL NEGOTIATIONS: Maryland lawmakers set the stage Tuesday for final negotiations over a series of major policing bills that are the General Assembly’s top remaining priority with the legislative session ticking to a close, Bryn Stole and Pamela Wood report in the Sun.

BILL TO PROTECT BUSINESSES FROM PANDEMIC LAWSUITS DIES: With the Maryland General Assembly session coming to an end, a top priority for the state’s business community — legislation to protect businesses from lawsuits claiming that a customer had caught the virus at those businesses — has failed to move past initial hearings in either chamber, Johanna Alonso of the Daily Record reports.

SPORTS BETTING PLAN LIFTS LIMIT ON BUSINESSES: A new plan for sports betting is moving forward in the General Assembly that would open the new industry to an unlimited number of in-person and online businesses, Pamela Wood of the Sun reports. The plan being put forth by the state Senate would be one that is wide-open to applicants, compared with one approved by the House of Delegates that would limit the number of licenses.

REP. BROWN URGES FEDS TO RE-EVALUATE ROAD WIDENING PROJECT: U.S. Rep. Anthony G. Brown (D-Md.) is urging the federal government to tap the brakes on the Hogan administration’s controversial project to widen two Montgomery County highways, Bruce DePuyt reports for Maryland Matters. In a Feb. 2 letter to Transportation Secretary Pete Buttigieg, Brown said the project has numerous flaws, and he urged the federal government to “reevaluate” its role in it.

EX-PROCUREMENT CHIEF UNSURPRISED BY AUDIT OF KOREAN TEST-KIT BUY: An independent review of Maryland’s purchase of COVID-19 test kits from South Korea found they “were not procured in accordance with State procurement regulations.” Nor could auditors determine who made the ultimate decision to spend $11.5 million on tests that had to be returned because of performance issues. Bruce DePuyt of Maryland Matters reports that those findings came as no surprise to the man who served as head of procurement at the Department of Health until his abrupt dismissal in December.

OPINION: TEST-KIT AUDIT RAISES MORE QUESTIONS: In a column for Maryland Matters David Plymyer opines that “I believe that Maryland Department of General Services Secretary Ellington Churchill Jr. has a problem, and he knows it. According to a report by the Office of Legislative Audits, he authorized the ill-fated purchase of 500,000 COVID-19 test kits from LabGenomics last April. More scrutiny of what Churchill did, or failed to do, is necessary.”

MARYLAND TO GET $54M IN FED AID TO VAXX UNDERSERVED: Maryland will get more than $54 million from federal sources to help distribute COVID-19 vaccine to underserved populations, the U.S. Centers for Disease Control and Prevention announced Tuesday. Meredith Cohn of the Sun reports that the $54.6 million is set to go to local health departments, community groups and others to increase uptake of the vaccine and ensure greater equity and access.

OPINION: A PREMATURE REOPENING: The editorial board for the Post criticizes Gov. Larry Hogan’s reopening plans, writing that several weeks ago, he lifted pandemic capacity restrictions on restaurants, bars and some other public places, saying “the time is right” after the winter surge in infections had dissipated. Mr. Hogan properly kept the mask mandate in place. But his reopening decision looks to have been premature. Coronavirus daily case counts are on the rise again.

DETAILS ON THE EMERGENT FIASCO: Chris Hamby, Sharon LaFraniere and Sheryl Gay Stolberg of the New York Times take a deep dive into the oversight problems at Baltimore’s Emergent BioSolutions plant that was supposed to be churning out Johnson & Johnson and AstraZeneca Covid-19 vaccines but instead has to destroy 15 million doses due to cross-contamination.

BONIFACE ENTERS RACE TO REPLACE GLASSMAN: Billy Boniface, a longtime adviser to Harford County Executive Barry Glassman (R), became the first candidate Tuesday to formally enter the race to replace him in 2022, Josh Kurtz of Maryland Matters writes. Boniface, a former Harford County Council president and currently chief adviser to Glassman, had signaled for weeks that he planned to run next year, when Glassman is term limited.

HOW ‘SAVE OUR SUN’ BECAME RALLYING CRY: Elahe Izadi and Sarah Ellison of the Post report on the Baltimore Sun reporters’ campaign to find a local buyer for their newspaper, and to remove it from the hands of Alden Capital, the hedge fund that was on the cusp of buying the Tribune properties. They spoke to a former Maryland politician who gave them a piece of advice: Treat this like a political campaign. The Post unravels what happened following the meeting. 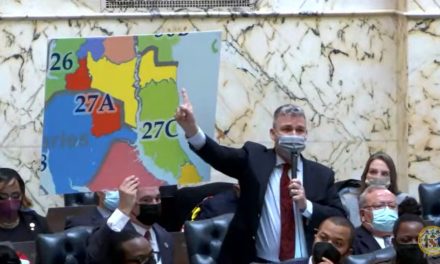