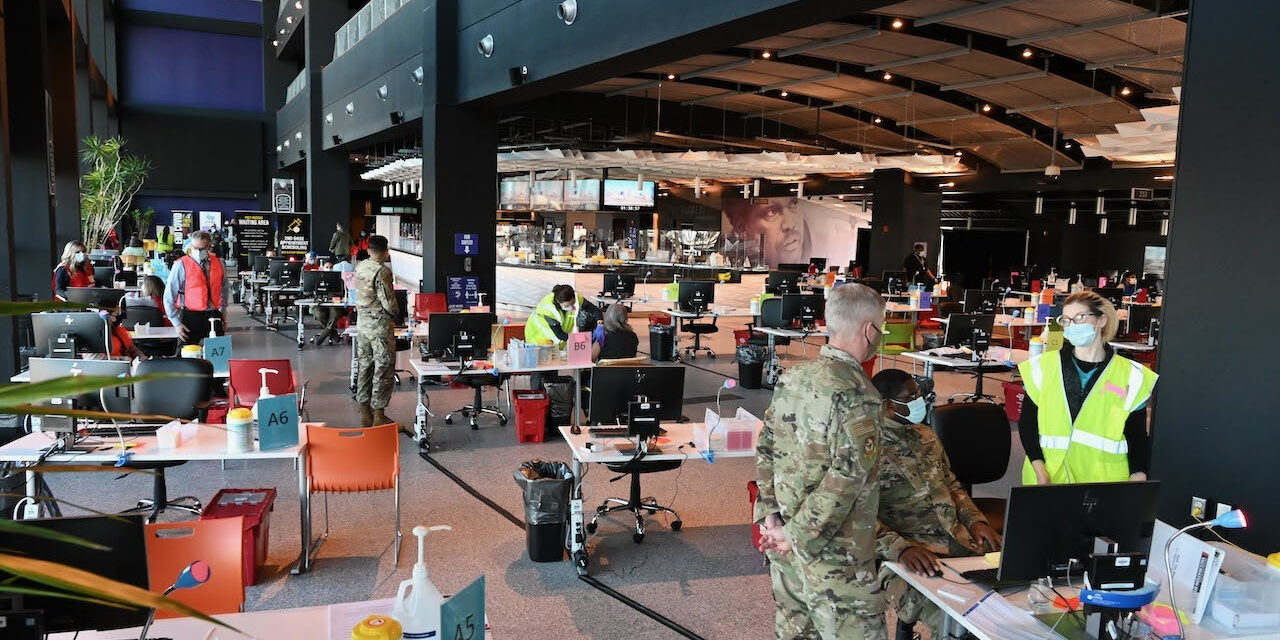 Frustrated with the slow rollout, many residents are turning to a Facebook group for help in hunting down COVID-19 vaccine appointments

The Maryland Vaccine Hunters group has existed for just over a month but boasts, at publishing, nearly 55,000 members.

Nancy Knuth, 75, lives in Parkton with her 76-year-old husband; the two have been eligible to receive vaccines since the state entered phase 1B on Jan. 18 but were unable to make appointments without assistance.

Knuth said she checked online multiple times a day for nearly three weeks and never managed to book any, but after she joined Maryland Vaccine Hunters, someone procured vaccine appointments for the couple and their daughter, who runs a preschool.

“I tried Walgreens, I tried CVS, I’m on the Baltimore County Registry, I tried Six Flags; I just wasn’t having any success. Then one of the gals offered to help; I gave her my information and within two days, she had appointments for all three of us,” Knuth said.

Elliot Hazzard, a 25-year-old geographic information system technician living in Mount Airy, created the group out of concern over wasted vaccine doses and after noticing frustration about the decentralized nature of the state’s vaccine registration system.

Hazzard read an article about another New Orleans-based group called the Nola Vaccine Hunters — the central goal of which is to help ensure no extra dose is left unused — and decided Maryland could use a similar resource.

The group’s stated intent is purely “to get vaccines in arms,” and it does not outwardly criticize the state’s approach to vaccine distribution, but it has evolved into a pseudo-matchmaking service for people eligible to receive the vaccines, and people willing to help others make appointments.

“The original purpose of my group was to connect people with pharmacies or with vaccination sites that had expiring doses. But the group has kind of evolved into more of a COVID vaccine information clearinghouse,” Hazzard said.

The group has been a game-changer when it comes to scheduling vaccines, and strangers so willing to help one another has instilled in Nicholas Brown a much-needed sense of hope; “it has restored my faith in humanity,” Brown said.

Brown, who lives in Bowie, joined Maryland Vaccine Hunters less than a week ago, and in that time has helped between 10 and 15 people find vaccine appointments; at present, he is assisting someone going through cancer treatment, he told Capital News Service.

But the group’s exploding popularity — an increase of nearly 35,000 members since Feb. 19 — does concern Brown as he worries it will only exaggerate the existing disparities between who can and cannot make vaccine appointments.

If someone has a team of people helping them procure an appointment, they are at a much greater advantage than someone with minimal internet access who does not know about the group.

Hazzard said there have been conversations about the importance of outreach; he and other volunteers encourage members to reach out to people they know who may not have a broadband internet connection or might just not feel comfortable using the internet or social media as a primary means of communication.

Acting Maryland Health Secretary Dennis Schrader announced in late February that the state has plans to open a centralized online portal for pre-registration at the three operational mass vaccine sites: a reversal from what he described as a potential “single point of failure,” during a meeting Feb. 1.

Hazzard, whose group turned him into an unintentional COVID-19 vaccine insider, supports the decision, saying it seems like a “step in the right direction,” but wishes it would go further.

“I just don’t think it goes far enough, I think, in order for things to truly be easy, every single vaccination site in the state of Maryland should schedule appointments through one state-run website,” Hazzard said.