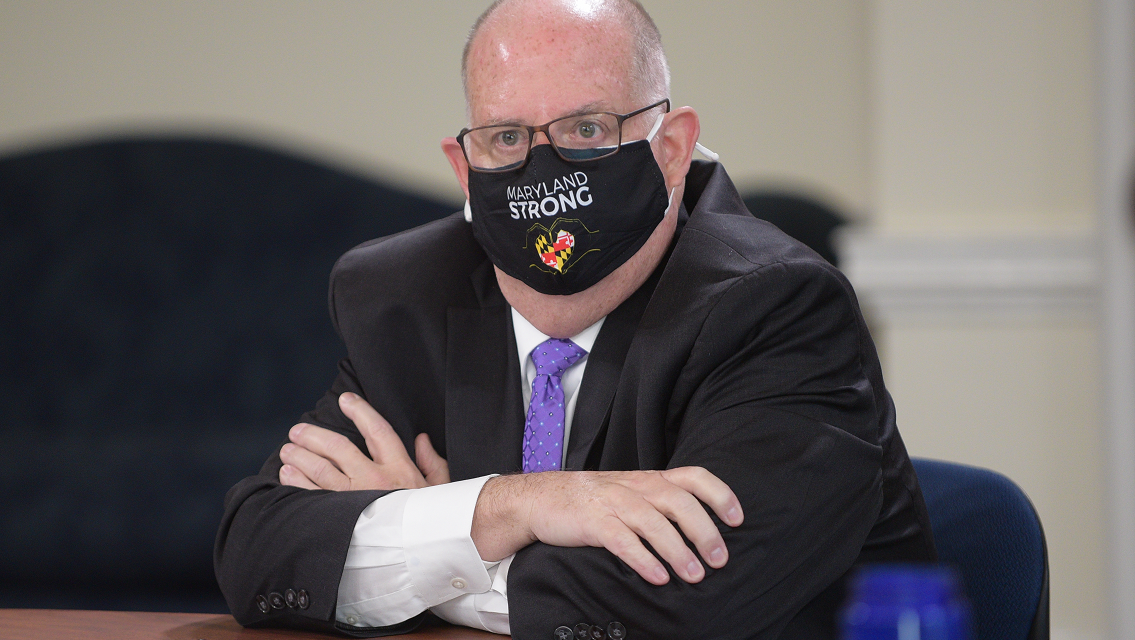 “WE CANNOT AFFORD TO LET OUR GUARD DOWN”: Gov. Larry Hogan on Thursday evening urged Marylanders to remain vigilant in response to the rising number of coronavirus cases both in the state and across the nation, Bryan Renbaum reports for Maryland Reporter.

MONGTOMERY WANTS REGIONAL RESTRICTIONS: Before putting forth a plan for new health restrictions in Montgomery County like reducing restaurant capacity, officials spoke with jurisdictions to coordinate a regional plan, Briana Adhikusuma reports for Bethesda Beat. They were turned down, but the county still hopes it won’t have to act alone.

THE COUNT GOES ON: The counting of mail-in ballots resumed Thursday across Maryland as most of the last batch of Election Day returns for a select group of jurisdictions — Baltimore County, City and Prince George’s County — was reported, Emily Opilo reports for the Sun.

WHY WERE THE POLLS WRONG? After pollsters predicted a clear-cut win for Joe Biden, the ever-tightening presidential race is causing many to ask: “What went wrong?”, Hannah Gaskill writes for Maryland Matters. She delves into challenges facing pollsters in crafting questions and reaching voters.

PRESSING PAUSE ON IN-PERSON SCHOOL: Faced with a coronavirus surge nationally and in the D.C. region, some Washington-area school systems, including Anne Arundel County, are pressing pause on plans to return children to classrooms, Hannah Natanson reports for the Post.

MORE COSTS OF PURPLE LINE: Though the Purple Line has been billed as a project that will be funded by users, Bruce DePuyt reports for Maryland Matters that it could cost utility customers thousands of dollars in added fees longterm to pay for relocation of things like water lines, fiberoptic cables and other utilities. The state has not estimated the cost of the relocations.

MD LAWYERS WEIGH IN ON TRUMP CHALLENGES: Lawyers from both sides of the historic case when Republican Ellen Sauerbrey challenged results that led Democrat Parris Glendening to victory commented to WBAL TV’s Kim Dacey on the current Trump legal challenges stretching several states. They said fraud is hard to prove and one commented it is doubtful any of these challenges will change the outcome of the race.

VOTES DASH HOGAN’S PRESIDENTIAL HOPES: One outcome of the 2020 race you won’t find on the ballot reports? Hogan’s 2024 presidential hopes are listed as a loser, writes Robert McCartney in the Post. Republican voters are enthusiastic about Trump and not buying Hogan’s more moderate vision for the Republican Party.

VOTER TURNOUT HIGH EVEN AS COUNT GOES ON: Montgomery County’s voter turnout was higher this election than in 2016, and the county continues to count ballots, Briana Adhikusuma reports for Bethesda Beat. As of Thursday, it stood at 78%, compared to 73% in 2016.

SURVEILLANCE PLANE CHALLENGE FAILS: A divided federal appeals court has given the all clear on Baltimore’s aerial surveillance program, saying it falls into already approved techniques and tools like security cameras, Steve Lash reports for The Daily Record. The ACLU of Maryland filed its challenge to the AIR program on behalf of the black advocacy group Leaders of a Beautiful Struggle and Baltimore activists Erricka Bridgeford and Kevin James, who advocate for gun control, school funding, housing rights and immigrants.