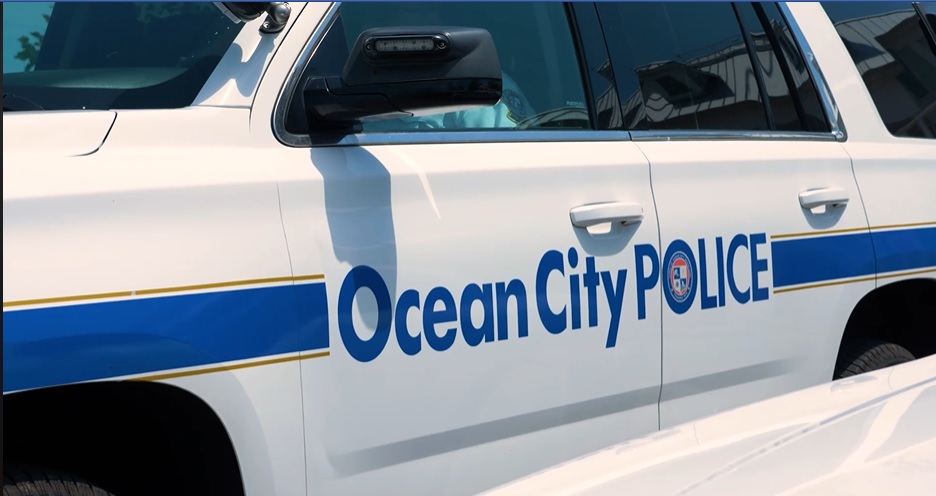 More than 100 people arrested in Ocean City over the weekend. From Ocean City police Facebook page.

VIEWS ON POLICE BILLS SPLIT, WITH SOME AGREEMENT: Senate Judicial Proceedings Committee Chair Will Smith (D-Montgomery) on Friday refuted Republican claims that the committee’s recent hearings on a series of bills aimed at addressing police misconduct were not ideologically inclusive and that the bills themselves would hinder law enforcement personnel, Bryan Renbaum of MarylandReporter reports.

OCEAN CITY ARRESTS: More than 100 people were arrested and tense, sometimes violent interactions between individuals and police were recorded on video over the weekend during an unauthorized motor rally in Ocean City, the Baltimore Sun reports. The rally, H2oi, was the second Ocean City event this year resulting in more than 100 arrests. The resort town had sought help from six other agencies to assist with crowd control during the gathering, which is unpopular with local residents and officials and has caused injuries in the past.

OPINION: BIPARTISANSHIP AIDS POLICE REFORM: In an op-ed for the Sun, Baltimore County Executive Johnny Olszewski opines that “in Baltimore County … we came together — Democrats and Republicans — to announce the SMART (Strengthening, Modernization, Accountability, Reform and Transparency) Policing Act, which will make policing in our county more accountable, equitable and just.”

FOAM CONTAINER BAN SET TO TAKE EFFECT: As the coronavirus pandemic continues to shift much restaurant dining from eat-in to takeout, Maryland next week becomes the first state in the nation to ban the familiar foam containers used to carry home everything from crab cakes to curries, Jean Marbella and Christina Tkacik of the Sun report.

UTILITIES CAN BEGIN TO SEND CUT-OFF NOTICES: Utility companies could soon send termination notices to Marylanders who are behind on their bills, as a months-long moratorium on shut-offs comes to an end, Alison Knezevich reports for the Sun. A state prohibition on residential disconnections began in March in response to the coronavirus pandemic. A moratorium remains in place for water, gas and electric service turn-offs until Nov. 15, but notices can begin going out Oct. 1.

STATE SEEKS PPP DEAL WITH TOLL ROADS PLAN: Even as Maryland’s $5.6 billion public-private partnership for the Purple Line project is on the verge of collapsing mid-construction, the state is continuing to pursue a similar arrangement to add toll lanes to the Capital Beltway and Interstate 270, Katherine Shaver of the Post reports.

CARDIN, VAN HOLLEN SAY SUPREME COURT BATTLE NOT OVER: Democratic Maryland Sens. Ben Cardin and Chris Van Hollen said Saturday they are not giving up on trying to defeat the U.S. Supreme Court nomination of Amy Coney Barrett, saying her appointment was rushed in advance of the presidential election and that she threatened to undo abortion and LGBTQ rights, as well as access to affordable health care plans, Jeff Barker reports in the Sun.

431 NEW COVID CASES, 10 DEATHS ON SUNDAY: Maryland officials reported Sunday 431 new cases of the coronavirus and 10 more deaths, reports Phil Davis in the Sun. Sunday’s additions bring the state’s total to 123,403 cases of COVID-19, the illness caused by the virus, since it began tracking the disease in March.

PANDEMIC PARTIER GETS JAIL: Prosecutors say a Maryland man who disregarded police orders to break up a party has been sentenced to a year in jail for violating the state’s ban on large gatherings during the coronavirus pandemic. Hennessy also sentenced the 42-year-old Hughesville man to three years of probation after his jail term at the Charles County Detention Center, the AP is reporting.

BIZ GROUPS CONCERNED ABOUT ACCESS TO GA SESSION: A coalition of business groups is concerned about the potential for rule changes that could limit public participation in the 2021 General Assembly Session, writes Bryan Sears in the Daily Record. Legislative leaders have yet to say what a second pandemic session would look like, but a 10-page letter from an attorney for the General Assembly laid out the potential for one in which there could be limited bill hearings or limits on public testimony or the ability to observe legislative proceedings.

COLUMN: A LOOK BACK AT BLACK MARYLANDERS’ FIGHT FOR CIVIL RIGHTS: In a column for Maryland Matters, Frank DeFilippo reminds us of what Black Marylanders went through to gain equal rights in the waning years of Jim Crow, when, in the early 1960s, Black elected members of General Assembly were denied service at Annapolis restaurants and were turned away from renting a room at Annapolis hotels.

800,000 MAIL-IN BALLOTS SENT OUT: Maryland’s State Board of Elections began sending about 800,000 mail-in ballots to voters over the weekend, Emily Sullivan reports for WYPR-FM. To speed up the delivery process, out-of-state vendors shipped large batches of ballots to Maryland, where they subsequently entered the local mail stream as first-class mail.

ARUNDEL RESIDENTS CAN START VOTING: Anne Arundel County voters can begin casting their votes for president, congressional representatives, charter amendments and, depending on their district, school board members as early as Thursday, when 18 ballot drop boxes open, Olivia Sanchez reports in the Capital Gazette. The first wave of absentee ballots have been mailed to voters who requested them. The ballots should arrive by early next week, officials said.

B’MORE HISPANIC COMMUNITY HOPES TO ENCOURAGE VOTING: A caravan that weaved Sunday through Southeast Baltimore was both a celebration of the city’s Hispanic community and a call to action, Talia Richman and Stephanie García report in the Sun. Organizers said they hoped to see the same kind of energy come Nov. 3. Near the front of the car parade was a truck encouraging onlookers to vote the full Democratic ticket, from Joe Biden for president on down to Odette Ramos for City Council.

$5,000 CARES BONUSES SOUGHT FOR SOME B’MORE WORKERS: With just over three months left for Baltimore to spend its remaining federal CARES Act funding, two Baltimore City Council members want the mayor to use it to provide $5,000 bonuses for sanitation workers, Christine Tcacik of the Sun reports.

ASSAULT CHARGES DISMISSED IN CAMPAIGN ROW: A misdemeanor assault charge has been dismissed against the volunteer of a rival campaign who punched City Council President Brandon Scott outside a mayoral forum last February, Tim Prudente of the Sun reports. The volunteer, Michael Terrance Moore, 36, of Perry Hall, filed his own charge of assault against Scott two weeks later. That charge against has been dismissed, too. Both cases were thrown out last week by an outside prosecutor brought in to review the case.