The House of Delegates chamber has been empty since March 19. Social distancing is not possible there. Photo by Rebecca Lessner, MarylandReporter.com

80 ADVOCACY GROUPS SEEK SPECIAL GA SESSION: Eighty advocacy groups in Maryland are mounting a campaign to press the General Assembly to reconvene in a special session to tackle the economic fallout of the coronavirus pandemic, including an expected surge in evictions and massive cuts to the state budget, Ovetta Wiggins of the Post reports.

COVID TESTING LAB TURNS AWAY NURSING HOMES: When Maryland’s health department told nursing homes in late July that the state would stop paying to test their staff members for COVID-19, the facilities were told they’d have to come up with their own testing plans by Aug. 14. The state health department said last week that a University of Maryland lab would offer a significant discount on such coronavirus testing for nursing homes. But now, with just a few days to go before the state’s deadline, that lab is turning numerous nursing homes away, Christine Condon of the Sun reports.

LAWMAKERS QUESTION COVID OFFICIALS ON NUMBERS: Lawmakers in Maryland and D.C. grilled top health officials in their jurisdictions Wednesday over responses to the coronavirus pandemic, Ovetta Wiggins and Julie Zauzmer of the Post report. Maryland lawmakers inquired how the state calculates its test positivity rate and why it differs from other health experts’ data. Their questions came one day after Gov. Larry Hogan (R) touted the state’s record-low seven-day average test positivity rate of 3.5%.

TRIBUNE SHUTS DOWN TWO MARYLAND NEWS ROOMS: Melody Simmons of the Baltimore Business Journal reports that the Capital Gazette and Carroll County Times newsrooms have been shut down by Tribune Co. The move is part of a nationwide shuttering of newsrooms in the Chicago-based chain including the New York Daily News.

HOGAN HOLDS INTEREST IN REAL ESTATE FIRMS: Gov. Larry Hogan has divested from five companies he previously held an interest in, but maintains an interest in dozens of real estate companies, according to his annual financial disclosure filing, Pamela Wood of the Sun reports. The Republican governor operated his real estate firm, Annapolis-based Hogan Cos., for decades before winning his first, four-year term in 2014.

STILL NO BENEFITS FOR SOME JOBLESS WORKERS: Some unemployed workers whose Maryland unemployment benefits were taken away due to an identity theft investigation still have not had their money restored, a month after the probe was made public, Pamela Wood of the Sun reports.

AFTER PSC REPORT, BGE SAYS IT IS SEPARATING GAS, ELECTRIC LINES: Responding to a state report that faulted its failure to comply with safety standards at the site of a gas explosion that damaged a Columbia office building last year, Baltimore Gas and Electric Co. said Tuesday that it is separating underground electric and gas utility lines at 250 other commercial sites, Lorraine Mirabella reports in the Sun. The work, which BGE said has already begun, is expected to reduce the risk of similar incidents.

OLD GAS PIPES PROBLEMATIC IN B’MORE: The number of hazardous gas leaks from old underground pipes in and around Baltimore increased significantly again last year — even as the area’s largest utility continued a state-mandated push to modernize its aging infrastructure, Talia Richman of the Sun is reporting.

COVID-19 UPDATE: There are 97,384 total confirmed cases of the coronavirus in Maryland as of Aug. 12, according to a Sun story updating Covid-19 information in the state.

FREDERICK TO LAY OFF BUS DRIVERS, CAFETERIA WORKERS: A few hundred Frederick County Public Schools bus drivers and cafeteria workers are expected to be laid off in the coming weeks, Board of Education President Brad Young said Wednesday. Katryna Perera of the Frederick News-Post reports that employees in the transportation and food and nutrition services departments were alerted this week that positions would be reduced due to the school system operating in a virtual mode for the fall semester.

PROGRAM SEEKS TO BOOST PG BUSINESSES: The Washington Informer reports that a recently launched program in Prince George’s County seeks to boost local businesses and encourages residents to support them while staying at home amid the coronavirus pandemic. According to a summary of the “Buy Prince George’s” initiative, businesses must create an online presence of their goods and services.

3 COUNTIES GET FEDERAL BUS GRANTS: Harford, Howard and Carroll counties were collectively awarded nearly $4.8 million in federal grants to improve their bus systems — the only three Maryland jurisdictions to receive that funding, James Whitlow of the Aegis reports. 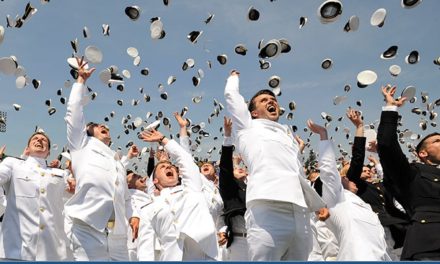 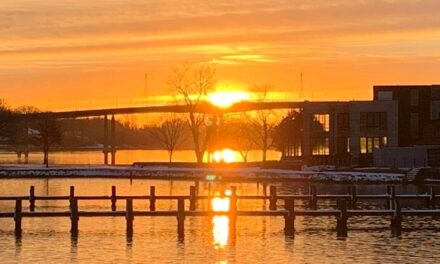