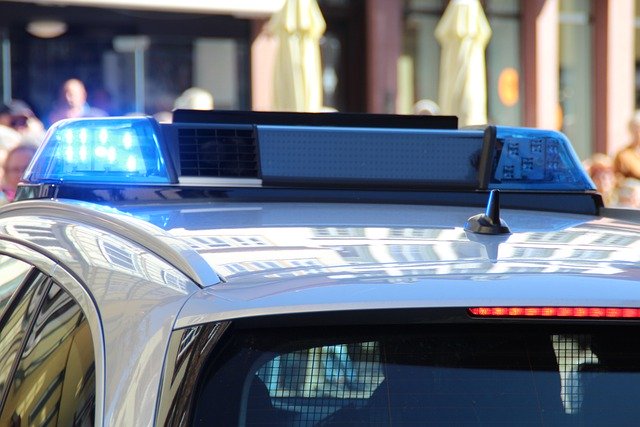 By Mohan Xu and Mike Revollo

BALTIMORE—The three students at Frederick Douglass High School grew up amid the violence and trauma that plague the city, where crime can begin to feel routine.  Yet when a shooter fired a gun inside their school on Feb. 8, 2019, they were stunned.

“I did not believe what was going on,” Jaionna Santos said.

“It was surreal,” Bryonna Harris added.

As they tried to find answers,  the students came to see that the violence that they accepted as inevitable should not be considered normal. So on April 10, 2019, they told their stories to the Baltimore City Council. Their effort was a catalyst for the Elijah Cummings Healing City Act.

Signed into law in February, the act requires all city workers, from police officers to teachers, to be trained to respond to the trauma they see as they work with Baltimoreans.

In helping to draft the bill, the three students say they learned about government. They learned they were leaders.

And they realized something else: They came to understand how deeply they had been affected by violence in their own families and how they had to get help in coping.

“I did not understand the circumstances I was in … was trauma,” said Santos, 19, who has lost a cousin and a close friend in shootings.

“Over the years and over the time of living in Baltimore being a student in Baltimore City,” she added, “I learned how to navigate a lot of things and normalize things that I went through.”

Before the school shooting, Harris, 17, said, “I was very quiet about my problems and struggles, and I like to go through it alone.” But now, she said, she realizes “I can’t do everything by myself, especially when it comes to trying to heal from trauma because it’s an all-hands-on-deck kind of process.”

After the gunfire at Frederick Douglass, which wounded a staff member, City Councilman Zeke Cohen called the school’s principal asking how he could help. Cohen also mentioned an upcoming council hearing on the violence that affects youth.

When English teacher Daniel Parsons got word of Cohen’s plan, he decided that Harris, Santos and Thomas, whom he knew from his AP language and composition class,  should go to City Hall to tell their stories.

“It was almost a natural choice for me to pick all three of them,” Parsons said. “All three of them are just amazing kids. Their personalities are so incredibly different and all three of them have just been through such harrowing, personal challenges in their life that they never let go of them and never use them as excuses.”

So a few weeks later, the three Frederick Douglass students nervously entered City Hall and read their statements to a City Council committee.

“Crime and violence impact our lives constantly,” Santos said in her testimony. “Some students don’t make it to school because the walk to the bus stop is too dangerous or someone was shot near their usual stop. Sometimes they have to put up with drunk or high people riding the bus with them. Overage men harass young girls on the way to school.”

“We experience all of this,” Santos said, “before the first bell rings.”

Harris said she watched the council members, saw they were really listening, and relaxed.

“They understood what we were saying,” Harris said.

She realized she was in a new role — testifying on behalf of the students who were not yet ready to speak.

“If I can just be that one voice or we can just be those three voices to speak up for the voiceless, it matters a whole lot,” Harris said.

Thomas said, “I decided to speak out because I felt like certain kids can connect with me and understand that we do have a voice and can serve our peers and kids that necessarily do not have the strength to speak up for each other.”

Harris, whose brother was murdered in 2008, now understands that the apathy she used to feel was a manifestation of the trauma in her life.

She had felt unmotivated to carry on.  “Where is my light at the end of the tunnel? It just kind of feels like you’re in this dark place.”

“Whenever I have trauma, I try to push it to the back of my head and try to convince myself that it is normal and this is everyday life,” Harris said. “But eventually I became unhealthy because when you keep everything bottled in, eventually it will explode.”

Her father’s death in 2018 pushed her into depression, and people close to her noticed.

“It puts me in moods that sometimes I can’t control and causes me to push the people that’s closest to me away,” Harris said. “I just kind of feel like I have to do everything on my own, even though I really don’t.”

The shooting certainly took its toll on Thomas, who suffered from depression and began isolating himself in his room and sleeping for hours. Even before the shooting, Thomas said, he was dealing with social anxiety. When in big crowds, he felt everything was moving in slow motion and everyone was watching him.

He said his response to trauma—being withdrawn and lethargic—is something other teenagers deal with as well, something he feels adults fail to understand.

“They might describe us kids as self-centered, or we’ve got tough shells, or we might not care because of where we come from,” Thomas said. “If you actually took the time to really speak to the kids and really understand their lives and analyze them, you will understand they were as affected as me, maybe even more.”

Even after the shooting at Frederick Douglass, Harris still feels the school is a safe and comfortable place to be. She believes many teachers care about addressing trauma and about the well-being of their students.

“Teachers are very supportive. They always pushed us beyond our limits and pushed us to exceed our expectations,” Harris said. “So I think that’s something that’s really healthy for my mindset sometimes.”

With the Healing City Act now law, Harris now feels more willing to see herself as a leader.

“I think I took it much more seriously and I was much more willing to take on the challenges of it,” Harris said.

Santos hopes the Healing City Act will start a downward trend in violence and trauma.

“It can slow down violence and trauma because most people don’t even know they are actually traumatized,” Santos said. “This bill will actually teach them, educate them, what you go through shouldn’t be normal.”

Thomas hopes it will help other students have a bigger voice to express their ideas and concerns.

Harris hopes this legislation can set an example beyond Baltimore, which is not the only city dealing with these issues.

“It is important to start to focus on (trauma) because it has been ignored for way too long.” 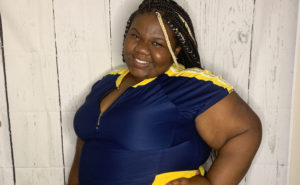 “I would probably call (Santos) the rock,” said Daniel Parsons, Santos’s AP English teacher. “Her strength really is often in listening and being empathetic and encouraging.”

Santos said she is shy and has anxiety about speaking in public. She is a former class president but dislikes being called a leader because she dislikes the spotlight.

“I know people look at me as a leader,” Santos said. “There’s school people who hold me to a high standard, like administrators and students. Me as a person, I don’t like to have all of that attention.”

Santos was diagnosed with depression and anxiety in October and took four weeks’ leave from her school.  She wasn’t doing well academically and only wanted to stay home.

“I was not talking to friends and I basically was only going to the appointments with my therapist and psychiatrist,” Santos said. “I just wanted to be by myself.”

Now that she has been able to understand the trauma she went through, she hopes others in the Baltimore community will get the help they need to do the same.

“The main thing I believe in is educating people about trauma and figuring out solutions to actually reduce it,” Santos said.

Santos’s mother is a pharmaceutical buyer who supports Santos and her 16-year-old sister. She also has 27-year-old twin brothers.

Santos views African-American figures in history as her role models, because they overcame so much to achieve their goals.

“It gives me hope that I can become something because we had the same background and struggles,” she said.

In the fall, Santos will go to Community College of Baltimore County in Essex. She wants to finish college and become a trauma surgeon. 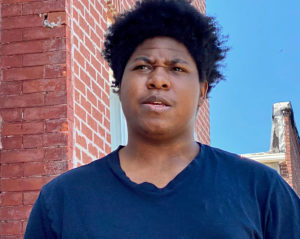 “Why did that happen to us in school?” Damani Thomas, 18, of Baltimore in spring 2020.  (Capital News Service photo)

Parsons sees Thomas as the most artistic of the three students. Thomas loves drawing and cartoons as well as reading — fiction, nonfiction, biographies and autobiographies.

He considers himself a leader because “I stayed on the forefront to make (the Healing City Act) possible for the city.”

Thomas has three siblings. His father is a security guard and mother is a teacher’s helper.

Thomas’s definition of success is ensuring “he lived his life to the fullest and he made sure he grasped every conversation and every lesson he got along the way.”

Thomas said he looks up to the people who have encouraged him, “because they made me the person I am today and was able to dedicate their lives making sure that I will fulfill the purpose in my life.”

He hopes to go to college to study graphic design or computer science. 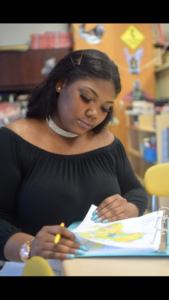 Bryonna Harris, 17, in Baltimore in spring 2020, says dealing with trauma is “an all-hands-on-deck kind of process.” (Photo by Jasmine Jones, courtesy Bryonna Harris.)

“I think she is the natural leader of the bunch,” Parsons said. “She’s incredibly thoughtful, very perceptive and charismatic and persuasive.”

Harris has always considered herself a kind of leader because “I just see things from a different perspective. I feel like I’ve always been an over-analyzer.”

Harris also likes to write. “Writing is like having a conversation with myself,” she said.

She has 14 siblings — eight brothers and six sisters. Harris’s mother is a nurse.

“She came from a different era than me,” Harris said about her mother. “It’s like some of the same issues but things just change with time, so seeing her strengths and her resistance when it comes to life is pushing me to strive to be better. I definitely want to provide for my mother and be there for her and do everything for her when I grow up.”

Working on the Healing City Act taught Harris to be more ambitious and more persistent in reaching her goals. “I feel everything is like perseverance. I had the motivation to push through, that I can do better when it comes to school and make a better life for myself.”

She said she used to accept violence as part of life but that has changed.

Harris wants to study at the University of Baltimore and become a lawyer.

Analysis: In the ongoing State House shuffle, we lose a key editor