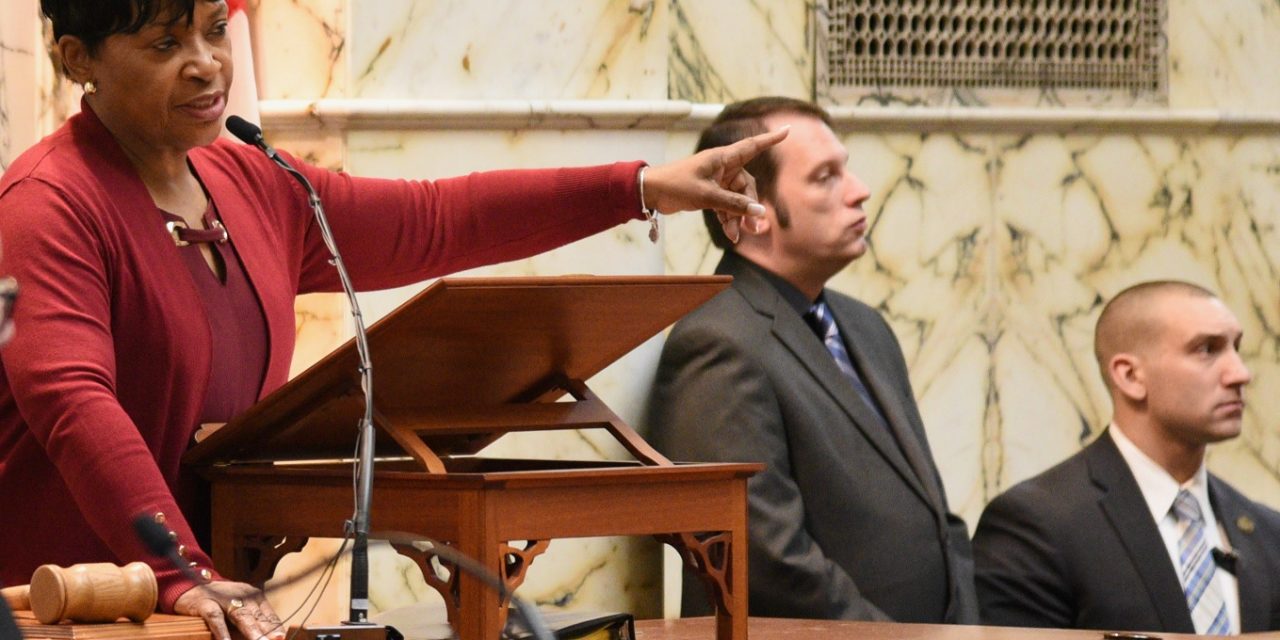 PG OPTS FOR PUBLIC HEALTH OVER COP TRAINING: Leaders in Prince George’s County, a majority black jurisdiction with a history of police brutality, said Tuesday that they want to capitalize on nationwide protests to launch changes that would include shifting at least some funding from police facilities to facilities for mental health and addiction services, Rachel Chason of the Post is reporting.

HAGERSTOWN COPS SET UP CITIZENS BOARD: In response to ongoing nationwide tension regarding police and discussions with community members, the Hagerstown Police Department is developing a citizens advisory committee, according to Chief Paul Kifer. Kifer said the group of 8 to 12 members “from a broad spectrum” would serve one-year terms, Alex Fitzpatrick reports for the Hagerstown Herald-Mail.

MO CO COUNCIL: RACISM PUBLIC HEALTH CRISIS: The Montgomery County Council has declared that racism is a public health crisis, reports Briana Adhikusuma for Bethesda Beat. The council took that position through a resolution it unanimously passed on Tuesday.

MO CO SEEKS TO CHANGE REBEL STREET NAMES: Kate Ryan of WTOP-AM is reporting that the Montgomery County Council wants to see name changes to streets and other county facilities that bear the names of Confederate Army leaders and soldiers.

OPINION: DISBAND POLICE UNIONS: Barry Beckham of Silver Spring, in an op-ed for the Sun, writes that as police reform comes to the foreground of issues, he recalls former Baltimore Police Commissioner Beverly Ober, who in a book in the 1950s articulated the problem with police unions. He proclaimed that the characteristics necessary to policing – character, temperament, disposition and indebtedness to society – cannot be followed by officers associated with a police union, which doesn’t support those obligations.

PARROTT DISAPPOINTED BY SUPREMES UPHOLDING LGBTQ RIGHTS: Del. Neil Parrott (R-Washington) said he is disappointed by the recent Supreme Court decision that affirmed anti-discrimination protections for members of the LGBTQ community in the workplace. “The justices are supposed to be strict constitutional justices. They’re supposed to follow the U.S. Constitution …” Parrott told Bryan Renbaum of MarylandReporter.com in a phone interview on Tuesday.

OPINION: BEWARE THE PURPLE LINE: The editorial board of the Sun urges the incoming executive director of the Maryland Port Administration to tread carefully when it comes to funding D.C. projects at the expense of the Baltimore suburbs, pointing to the Purple Line. “In case nobody has noticed, the D.C. area light rail project, the $2 billion, 16.2-mile east-west light rail line connecting New Carrollton to Bethesda is in something of a crisis.”

LAWMAKERS SKEPTICAL ON ELECTION GLITCH HANDLING: Members of the Maryland State Board of Elections defended Tuesday several key decisions, including the number of voting sites offered during the June 2 primary, while the state’s elections administrator admitted she made a mistake in removing returns from the state’s website without explanation, Emily Opilo of the Sun reports.

STYRO BAN DELAYED TIL OCTOBER: In an effort to give small businesses and schools a chance to use up their stock of foam food and drink containers, the Maryland Department of the Environment announced Tuesday the state’s ban on the containers would not go into effect until October, Mary Grace Keller and Catalina Righter of the Carroll County Times report.

WA CO HEALTH CHIEF CONTINUES TO PUSH SAFETY: Washington County Health Officer Earl Stoner reviewed some of the do’s and don’ts under Phase 2 of Maryland’s pandemic recovery plan during the county commissioners meeting Tuesday morning, emphasizing that facial coverings are still required in retail and food service establishments as well as for public transportation and in personal service businesses such as hair salons, barbershops and nail salons.

ACLU PROTESTS CITY PORT COVINGTON TIF: A protest letter filed by the ACLU of Maryland and four other nonprofits on Tuesday asks the city’s Board of Estimates to postpone its vote this week on the sale of up to $148 million in tax increment financing bonds for the Port Covington project, saying that it lacked transparency, writes Melody Simmons for the Baltimore Business Journal.