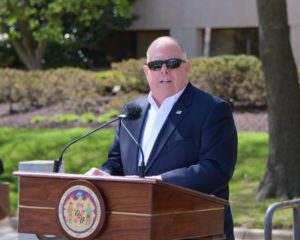 Gov. Larry Hogan has received praise from across the nation for the way he has handled the pandemic. He is shown officially reopening Laurel Medical Center for COVID-19 patients on April 22. (Executive Office of the Governor)

COMMENTARY: MD ON ROAD TO RECOVERY: Gov. Hogan himself writes that the state is making progress every single day on the road to recovery, in an op-ed for the Easton-Star Democrat. “Our plan is based on the understanding that economic recovery and protecting public health are the same goal — not opposing ones,” he writes.

TESTS GET KEY APPROVAL: The U.S. Food and Drug Administration has approved a South Korean company’s coronavirus tests, Luke Broadwater and Pamela Wood report for the Sun. This clears one key hurdle for Maryland officials to begin ramping up deployment of the 500,000 tests they bought.

REOPEN MD PLANS CARAVAN WITH MULTIPLE STOPS: Marylanders who want to end government restrictions closing businesses are planning to drive from Frederick to Salisbury on Saturday, reports Alex Mann for the Capital Gazette. The caravan of ReOpen Maryland protesters plans to practice social distancing by staying in their cars.

BALTIMORE CONSTANT PLANE SURVEILLANCE BEGINS: Baltimore is still seeing high levels of violence and is starting an airplane surveillance system in the city, David Collins reports for WBAL-TV. Police say data will be used only for criminal investigations, and any unanalyzed data may only be stored for 45 days.

UNEMPLOYMENT CLAIMS DROP BY 10,000: “The number of first-time unemployment claims in Maryland last week was 37,225 as the economic toll from the pandemic continues to ravage the state,” Bryan Sears writes in the Daily Record. The number was 10,000 lower than the previous week, as the state still struggles to get the glitches out its new one-stop online application system.

SCHOOL MEAL PROGRAMS FACE FUNDING CHALLENGES: Because the U.S. Department of Agriculture reimburses schools for meals on a per-student basis, schools in Maryland and around the country are bracing for tens of millions of dollars in losses from their food programs, Colin Campbell for the Sun reports. Federal relief is being sought if they are not reimbursed.

AFSCME CONCERN FOR PRISONS: A state employee union is pushing for the state to provide universal testing for prisons, which are prone to outbreaks like nursing homes ordered to test universally this week, Danielle Gaines reports for Maryland Matters.

INTERNET DESERT CAUSES ISSUES FOR DISTANCE LEARNING: Nearly a quarter of Baltimore families are struggling to find any internet connection as schools are closed and the internet is the only way to connect students with education, reports Liz Bowie with the Sun.

AG INVESTIGATES PRICE GOUGING COMPLAINTS: Maryland Attorney General Brian Frosh has gotten more than 200 complaints about price gouging and has had to shift resources to try to address them, Joy Lambert for WBFF reports. Face masks, sanitizer, cleaning supplies and toilet paper are among the items reported.

COMMENTARY: VIRUS DOES NOT FOLLOW POLITICAL LINES OR BOUNDARIES: Sun columnist Dan Rodricks takes issue with U.S. Rep. Andy Harris calling for the state to reopen, particularly rural areas, especially as news broke that a new hotspot had emerged on the Eastern Shore among poultry workers.

RED MARYLAND WILL STOP PUBLISHING: Conservative news and commentary website Red Maryland will cease operations on June 4, the website announced Thursday on its final podcast.  “Despite nearly 13 years of effort on Red Maryland’s part, so much of conservative media these days is focused on national politics and ‘owning the libs’ as opposed to cogent thought and discussion of campaigns and issues,” co-founders Brian Griffiths and Greg Kline stated. “Combine that with voters and consumers of media on social media devoting 98% of their attention to President Trump and his decisions and ignoring important issues at the state level, it felt like we were in a vicious cycle where our efforts are becoming more and more unrewarding.”

SUN UNION WANTS NONPROFIT MODEL: Facing a vote for furloughs and pay cuts, unions representing journalists at the Baltimore Sun launched a “Save Our Sun” campaign Thursday in an effort to detach the newspaper from its corporate ownership and create a nonprofit news model, Melody Simmons for the Baltimore Business Journal reports.

DELEGATE SERVES AS ATTORNEY TO LOCAL FARMER FACING CHARGES: Del. Haven Shoemaker is listed in court records as the attorney of farm owner Dwight Baugher, who allegedly fired a handgun in the air and chased minors riding all-terrain vehicles on his property, reports Jon Kelvey for the Carroll County Times. Shoemaker, mentioned at the bottom of the article on the charges, did not return a call for comment.

KEY SUMMER EVENTS ARE UP IN THE AIR: “Say it ain’t so, hon. Spring in Baltimore without HonFest?” Ed Gunts questions for Baltimore Fishbowl. He reports that HonFest, Artscape, July 4thfireworks and other events are up in the air while organizers wait to see if the state continues restrictions on large gatherings this summer.

TOTAL WINE & MORE RESPONDS: A spokesperson for Total Wine & More contacted MarylandReporter about an item in Thursday’s newsletter about a Buzz Feed News article concerning pay raises at the company that were instituted after the pandemic started but discontinued a few weeks later. The spokesperson said that the pay hikes were intended to be temporary and that employees knew that. 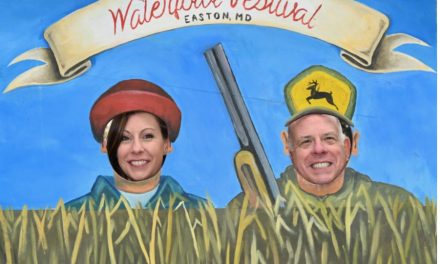 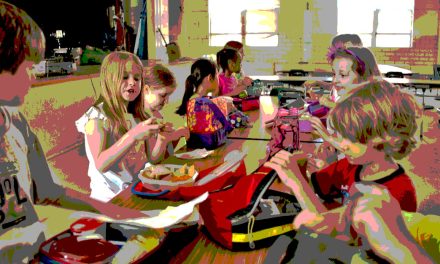 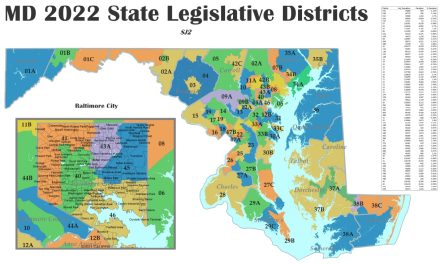