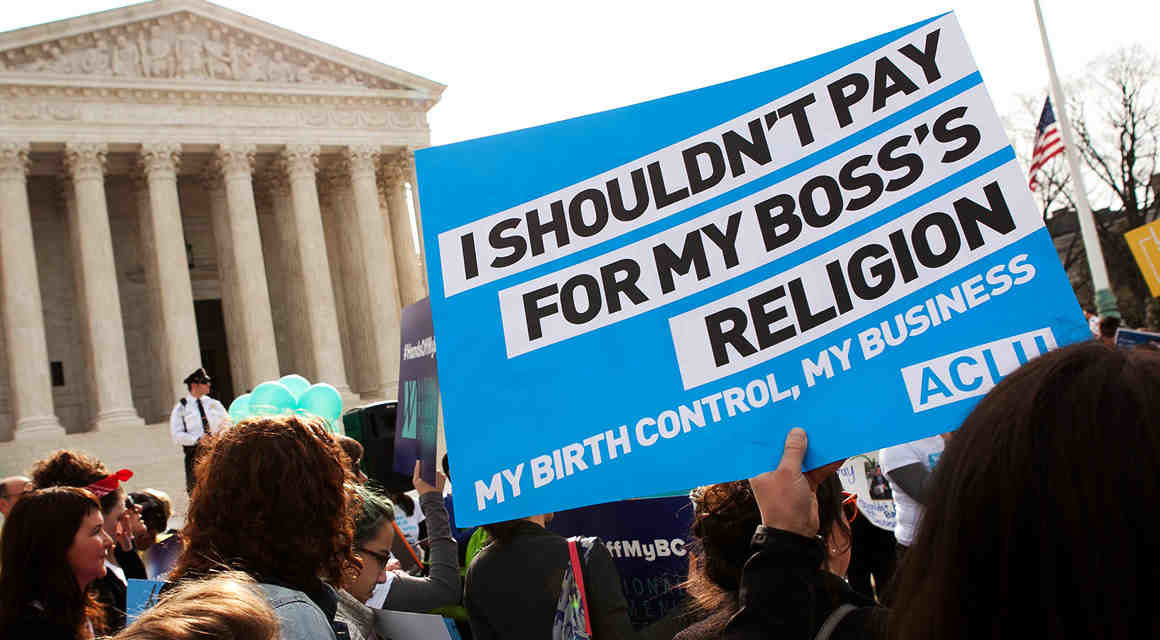 The attorneys general said in the brief filed in the case, Donald Trump et al v. Pennsylvania, that the Affordable Care Act’s requirement to cover birth-control coverage with no co-pay has benefited more than 62 million women.

“Access to affordable birth control is critical to the health, well-being and economic security of the states’ residents,” the coalition argued.

“The ACA is clear that cost-free contraceptive care and services is guaranteed,” Frosh said in a statement released Wednesday. “As long as the federal government continues to illegally ignore this requirement, Maryland will continue to take action to protect its residents and ensure access to contraception.”

The Trump administration issued rules in 2017 and 2018 allowing employers to ignore the ACA mandate and deny birth-control coverage to their employees due to religious or moral objections.

California, joined by Maryland and 12 other states, had obtained an injunction blocking the rules in those states. Pennsylvania and New Jersey obtained a nationwide injunction that stopped the regulations from going into effect while litigation was pending. Appeals courts upheld both injunctions.

The federal government, Little Sisters of the Poor, and March for Life then filed petitions for certiorari in the U.S. Supreme Court. The court granted the petitions in the Pennsylvania litigation. The petitions from the California litigation are pending.

In the brief filed in the Supreme Court case on Wednesday, the attorneys general argue that the states have a vested interest in providing women contraceptive coverage.

“Tens of thousands of women will lose their cost-free contraceptive coverage if employers are allowed to exempt themselves from the ACA requirement. This loss of coverage will result in a reliance on state-funded programs that will increase the states’ costs associated with the provision of reproductive healthcare, and will likely lead to an increase in unintended pregnancies,” according to Frosh’s statement.

Planned Parenthood Federation of America has backed the lawsuit. “It is deeply concerning that, in 2020, we are still debating whether people can access birth control – health care that nine in 10 women will use in our lifetimes,” Jacqueline Ayers, the organization’s vice president for government relations and public policy, said in January. “These rules are not about health care, they are an ideological attack on our health and rights led by the Trump-Pence administration and anti-reproductive health politicians across the country, and it’s alarming the Supreme Court has taken the case.”

But the U.S. Department of Justice has argued in a statement that the lawsuit is about freedom of religion. “Religious organizations should not be forced to violate their mission and deeply held beliefs.”