ICE RUNS FACIAL RECOGNITION ON MD DRIVERS’ PHOTOS: U.S. Immigration and Customs Enforcement officials have been permitted to run facial-recognition searches on millions of Maryland driver’s license photos without first seeking state or court approval, state officials said — access that goes far beyond what other states allow and that alarms immigration activists in a state that grants special driver’s licenses to undocumented immigrants, Drew Harwell and Erin Cox report in the Sun.

MARYLAND PREPS FOR CORONAVIRUS: As countries across Asia and Europe continue to report new coronavirus cases, and more than four dozen cases are logged in the United States, Maryland officials say they are preparing for what might come, Meredith Cohn, Alison Knezevich and Liz Bowie report in the Sun. 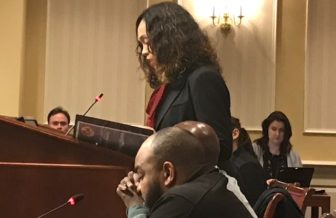 Baltimore City State’s Attorney Marilyn Mosby testified at a hearing on Wednesday in support of legislation that would require the state to compensate certain people who are wrongly convicted or sentenced. (MarylandReporter.com photo)

AID FOR WRONGLY CONVICTED: Baltimore City State’s Attorney Marilyn Mosby was in Annapolis on Wednesday to voice her support for a bill that would require Maryland to pay certain individuals who have been wrongly convicted, sentenced or confined, or whose conviction or judgment has been overturned, Bryan Renbaum of MarylandReporter writes.

MOSBY FIGHTS BILL TO HIRE MORE PROSECUTORS: Baltimore City State’s Attorney Marilyn Mosby called on lawmakers Wednesday to kill a bill that would provide $2.5 million to hire criminal prosecutors in the Office of the Attorney General that would focus on violent offenders, Bryan Sears reports for the Daily Record.

BARBERA OPPOSES COMPROMISE JUDICIAL ELECTIONS BILL: Steve Lash of the Daily Record writes that legislation aimed at striking a compromise between proponents and opponents of contested circuit court elections has failed to gain the support of the elections’ most vocal, highest-ranking critic, Court of Appeals Chief Judge Mary Ellen Barbera.

MORGAN CAMPUS POLICE POWERS: One year after major controversy enveloped legislation to create a private police force at Johns Hopkins University, a late-filed measure in the House of Delegates would expand the potential powers of the police at another Baltimore-based university – Morgan State, Bruce DePuyt writes for Maryland Matters.

RESIDENTIAL SPRINKLERS: A Carroll County commissioner with decades of firefighting experience testified in Annapolis on Tuesday in support of a Maryland bill that would require the state fire marshal to enforce residential fire sprinkler requirements, Mary Grace Keller reports for the Carroll County Times.

LAWMAKERS PROPOSE RULES FOR BA CO ED BOARD: Maryland state lawmakers have stepped into a dispute over selecting the chairperson of Baltimore County’s school board, drawing criticism from board members, Pamela Wood of the Sun reports. The lawmakers say they’re trying to fix a problem, while some board members allege that the lawmakers are inappropriately meddling in school board business.

EX-DEL. GAINES’ DAUGHTER SENTENCED: The treasurer and daughter of a former Maryland lawmaker has been sentenced to probation for misusing her mother’s campaign funds, the AP reports. Anitra Edmond, daughter of former Del. Tawanna Gaines, pleaded guilty in November to converting more than $35,000 in campaign funds for her personal use and failing to disclose contributions on state campaign finance reports. 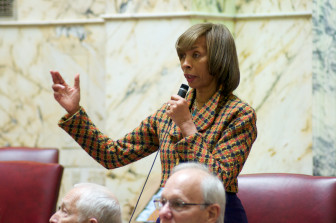 PUGH APOLOGIZES BEFORE SENTENCING: What started off as a promising mayoralty in Baltimore ended in ignominy last year when Catherine Pugh resigned from office amid a corruption scandal involving the sale of her “Healthy Holly” children’s books to entities that did business with state and city governments.Today, Pugh will be sentenced in federal court in Baltimore after pleading guilty to conspiracy and tax evasion, Luke Broadwater of the Sun reports.

TSU STUDENTS SEEK RENAMING OF BUILDINGS: A group of Towson University students is demanding that school officials rename two campus buildings that were named for prominent Marylanders who owned slaves: William Paca and Charles Carroll, both of whom also signed the Declaration of Independence, Cody Boteler of the Sun reports. 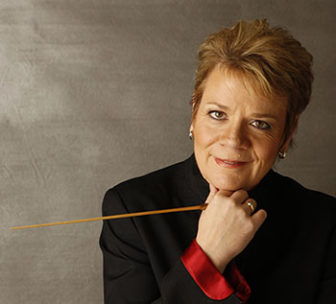 ALSOP TO STEP DOWN AT BSO: After 14 years presiding over the podium for the Baltimore Symphony Orchestra, Marin Alsop is stepping down during a critical junction in the organization’s history. Alsop, 63, will put down her baton as the orchestra’s music director when her contract expires Aug. 31, 2021, Mary Carole McCauley reports in the Sun.

MO CO MAY FINE FOR BALLOON RELEASES: It would be illegal in Montgomery County to intentionally release a helium-filled balloon into the air, and it would carry a $500 penalty, under a bill proposed Tuesday, Dan Schere of Bethesda Beat writes. This month, the state legislature passed a similar measure with a $250 fine if they intentionally release a balloon into the air. It was sent to Gov. Larry Hogan for his signature.