BILL SEEKS TO STOP HOME ACQUISITIONS FOR TOLL LANES: The House Environment and Transportation Committee heard testimony on a bill to prohibit state acquisition of residential property to add toll lanes to I-270 and I-495 as part of a public-private partnership, such as Gov. Larry Hogan has proposed, Louis Peck of Bethesda Beat writes.

OPINION: P3 PROJECT LACKS TRANSPARENCY: Ben Ross of the Maryland Transit Opportunities Coalition, in a column for Maryland Matters writes on the public-private partnership project to widen the Capital Beltway and I-270, opining that, “Public investments of such great magnitude demand prudence, impartiality and transparency. What we have seen is a process sadly lacking in those attributes.” 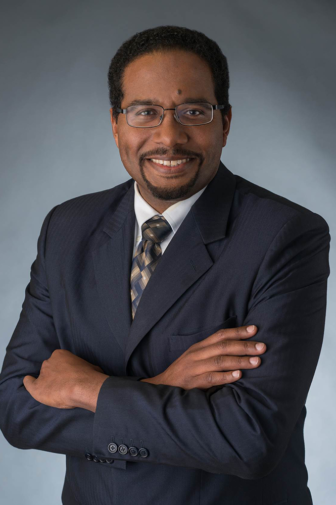 ENGINEERING DEAN NAMED UM PRESIDENT: Darryll Pines — the longtime dean of the University of Maryland engineering school — was appointed the state flagship’s next president Wednesday by the University System of Maryland Board of Regents, taking over from Wallace Loh on July 1, Talia Richman reports in the Sun.

UPDATING OPEN-RECORDS LAWS: Lawmakers and open government advocates are promoting a package of three bills meant to modernize the state’s 50-year-old open- records laws, reports Bryan Sears for the Daily Record. Supporters and users of state open-records laws applaud them as giving the public more insight into government, but they argue that state and local agencies are frequently slow to respond and sometimes ignore requests.

OPINION: BACK JONES’ HBCU PROPOSAL: In urging Gov. Hogan to get on board with Speaker Adrienne Jones’ solution to the equity suit brought by Maryland’s historically black colleges and universities, the editorial board for the Sun writes that Jones brings to the debate a powerful and much-needed voice that could finally force a long-overdue end to the 13-year lawsuit.

VACCINES WITHOUT PARENTAL CONSENT: In the age of so-called anti-vaxers, legislation in Annapolis may allow a small number of Maryland minors to receive immunizations without consent from their parents, Hannah Gaskill of Maryland Matters reports.

CAPITAL PUNISHMENT FOR MASS MURDER: The 2018 slayings of four journalists and a sales assistant in the Capital Gazette newsroom prompted Del. Neil Parrott to propose reinstating capital punishment in Maryland for cases of mass murder, Tamela Baker reports for the Hagerstown Herald-Mail.

AUDITORS QUESTION GRANT TO BUY GOLF COURSE: State auditors are questioning a $750,000 grant awarded by a state body created to fight opioid addiction to an Eastern Shore nonprofit for the purchase of a former country club and golf course, Emily Opilo of the Sun is reporting.

OPINION: PREPARE WOMEN PRISONERS FOR RELEASE: The editorial board for the Sun opines that if we want the incarcerated to rejoin society and do well after imprisonment, we have to prepare them before they are released. That means connecting people with health insurance coverage, assisting with training that improves the chances of getting a job, or offering GED classes for those who don’t have high school degrees. Maryland is doing that for men, but there is no pre-release facility for women.

BATTLE OVER JUDICIAL ELECTIONS: Steve Lash of the Daily Record reports that opponents and proponents of contested circuit court elections in Maryland battled Wednesday over proposed constitutional amendments to end the practice, with the state’s top judge saying the elections politicize the one governmental branch that should never be politicized and a former elected judge calling the elections necessary to ensure the judiciary remains diverse.

MEASURE WOULD ‘DE-COUPLE’ STATE, FED TAX CODES: Sen. Andrew Serafini, R-Washington, presented legislation Wednesday to the Senate Budget and Taxation Committee that, if approved, would “de-couple” the state’s tax code from the federal code, Tamela Baker reports for the Hagerstown Herald-Mail. Maryland’s tax code is coupled with the federal tax code so if taxpayers take the standard deduction on their federal returns, they can’t itemize deductions on their state returns.

SHERIFF PUSHES BACK ON ICE COOPERATION BILL: Even as Maryland Democrats move to make collaboration between federal immigration officials and local law enforcement agencies more difficult, state Sen. Justin Ready of Carroll County has filed legislation to do the opposite, and Carroll’s sheriff is pushing back as well, Mary Grace Keller writes for the Carroll County Times.

ABANDONED BOAT PROPOSAL: The owner cited for abandoning two of her boats after they were evicted from a marina last summer — and pulled out of the water by state officials — warned that legislation drafted after the incident could be an opening for others to abuse, reports Olivia Sanchez for the Capital Gazette.

RESOLUTION TO RENAME MOUNTAIN: Negro Mountain might get a new name, but there’s doubt whether it should be Nemesis, reports Teresa McMinn for the Cumberland Times-News. House Joint Resolution 12 calls for the establishment of a commission to inform Maryland’s governor, General Assembly and pertinent state agencies of a new name for the mountain by the end of the year.