The two delegates, good government groups and journalists had pushed for the move for several years, as had Gov. Larry Hogan. Conservative Republican Szeliga and progressive Democrat Moon introduced their legislation requiring the streaming again Tuesday, and MarylandReporter.com wrote about the issue again two weeks ago.

UPDATE: Senate President Mike Miller announced from the rostrum Wednesday that the Senate will begin live streaming in 2021.

“The House is equipped to do some things that we’re not able to do right away in terms of transparency,” said Miller. “And so we’re going to move forward, the House first and then the Senate’s going to follow a year later. … We’re going to try to move forward as quickly as we can.”

His announcement came after the delayed introduction of a Hogan administration bill, SB207, the Transparency Act of 2019, c0-sponsored by 14 Republican senators, that would require the live streaming of floor sessions, as well as all committee hearings and voting sessions. END OF UPDATE

“Through live-streaming, Marylanders will be able to see, and not just hear, our floor sessions to have a better understanding of the work in the People’s House,” said Busch in a statement Tuesday. “Transparency is key to an open and free government, and I have no doubt that embracing this technology in the House Chamber will improve the public’s accessibility to the legislature and allow our communities to be more engaged in the process.”

According to the speaker’s office, Busch “authorized contractors to begin installation during the summer of 2018. Due to the historic nature of the State House and the size of the Chamber, the House of Delegates is partnering with Maryland Public Television to begin the program next session.”

Audio of the sessions has been available for at least a decade, but since members are forbidden by House rules to use personal names, determining who is speaking can be difficult, based on descriptions such as “the gentle lady from Harford County” or “the delegate from District 13.”

“I applaud Speaker Busch for standing up for transparency and all Maryland citizens who deserve to see with their own eyes exactly how and why their representatives are voting,” said Szeliga, R-Baltimore-Harford. “Maryland has had the notorious distinction of being one of only seven states barring video from either chamber for far too long. We will finally modernize the House.

“This is a common sense and bipartisan effort – something legislators of both parties strongly support.”

Speaker Busch initiated full video coverage of all House committee hearings in 2011. This is allows the public — including journalists and advocates — to view hearings as they occur, as well as long after the fact. The hearing videos are now archived as part of the legislative record for every bill.

“In an era when it’s easier for voters to watch funny cat videos than to watch Maryland’s legislature in action, I’m thrilled to see Speaker Busch bring the House of Delegates into the modern era,” said Del. Moon, D-Montgomery. “My constituents expect transparency in government, and literally hiding from public view, sets the wrong tone.” 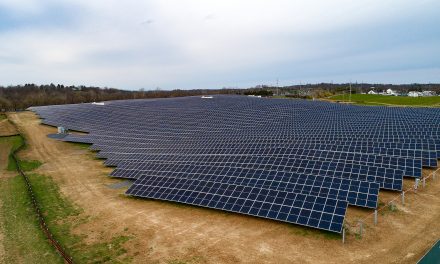