BILLS WOULD BAR FOREIGN TIES TO ELECTION VENDORS: Maryland lawmakers have introduced two U.S. House bills seeking to better safeguard election systems following the disclosure that a state election software vendor had ties to a Russian investor. A measure by Democratic Rep. John Delaney and Republican Rep. Andy Harris would mandate that vendors associated with federal elections be owned and controlled by U.S. companies, Jeff Barker of the Sun reports.

HOUSE CUTS BAY POLLUTION PENALTIES: For the second time in a year, the U.S. House of Representatives has voted to restrict the federal government from penalizing states for missing pollution-reduction goals — such as those guiding cleanup of the Chesapeake Bay, Scott Dance reports in the Sun. The measure was again pushed by Rep. Bob Goodlatte, a Virginia Republican who says the Environmental Protection Agency has been “hijacking states’ water quality strategies.”

STATE OKs BWI EXPANSION: Maryland officials on Thursday approved a $60 million renovation and expansion project at BWI Thurgood Marshall Airport over the objections of Comptroller Peter Franchot and residents who live near the airport. Luke Broadwater of the Sun reports that the Board of Public Works voted 2-1 to fund the project — which airport officials say is needed to fix aging infrastructure — but the panel also voted to not allow the Linthicum airport to open more airline gates until they come back to the board for additional approval.

HOGAN WOULD REJECT NRA SUPPORT: Gov. Larry Hogan on Thursday told a group of students from Great Mills High School, where a 16-year- old girl was killed earlier this year, that he would support toughening a law that holds parents responsible when their children gain access to their guns. Ovetta Wiggins of the Post reports that the Republican governor, who is seeking a second term and faces a challenge from Democrat Ben Jealous, also told the teenagers that he would reject an election endorsement from the National Rifle Association if the organization offered one.

GUBERNATORIAL DEBATES? The debate over gubernatorial debates has begun, Bruce DePuyt of Maryland Matters writes. A spokeswoman for Democratic gubernatorial candidate Ben Jealous said Wednesday that incumbent Gov. Larry Hogan (R) is trying to mislead the public about debates between the two men this fall.

HOUSE LEADERSHIP: Del. Kathleen Dumais of Rockville, renominated last month for a fifth four-year term in the Maryland House of Delegates, late Wednesday was named the next majority leader by House Speaker Michael Busch. Busch’s appointment presumes the House—which currently has a 91-50 Democratic majority—remains in control of that party following this November’s election, Louis Peck reports for Bethesda Beat.

CLIPPINGER’s RISE: There is no way to overstate the significance of House Speaker Michael Busch’s decision to make Del. Luke Clippinger (D-Baltimore City) the next chairman of the House Judiciary Committee, writes Josh Kurtz in a commentary for Maryland Matters. For starters, Clippinger represents a radical – and welcome – departure from the man he will be replacing, outgoing Chairman Jose Vallario (D-Prince George’s). 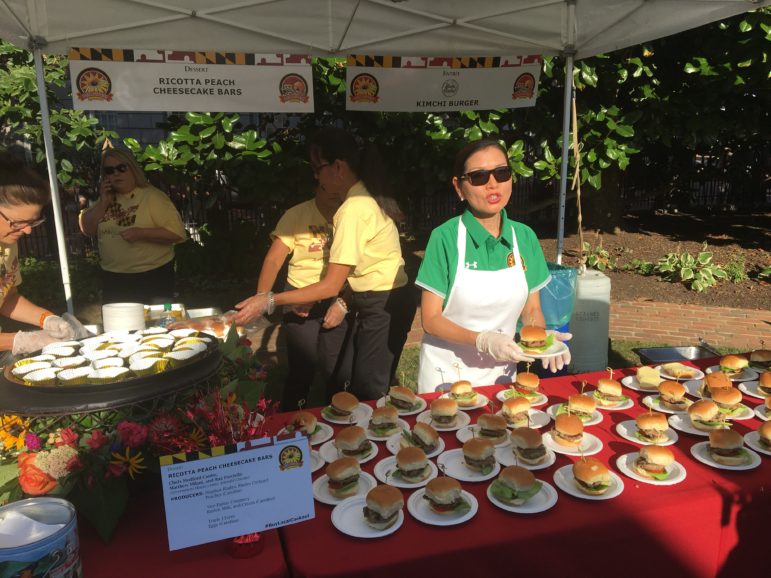 CRABS & CANDIDATES: On the third Wednesday of every July, the faithful flood into Somers Cove Marina for the unofficial start of another political season in Maryland at the annual J. Millard Tawes Crab and Clam Bake. Bill Zorzi of Maryland Matters writes that this year, maybe more than others, the event is a little more supercharged, given that it’s a year when Maryland elects its top officials – governor, attorney general, comptroller – and all 188 members of the General Assembly, as well as the federal representatives and locals.

STATE REPS SLAM I.C.E. RESOLUTION: Republican-sponsored House of Representatives resolution in support of the U.S. Immigration and Customs Enforcement agency was criticized as a “sham” and a “distraction” by Democratic House members from Maryland. Jeff Barker of the Sun writes that the measure — lauded by President Donald Trump in a tweet on Thursday morning — expresses support for “the officers and personnel who carry out the important mission of the United States Immigration and Customs Enforcement .” It was approved 244-35 on Wednesday.

ARUNDEL POLICE MULL CHANGES AFTER NEWSPAPER SHOOTING: Anne Arundel County police say that after reviewing their response to last month’s mass shooting that killed five Capital Gazette employees they are considering significant changes to the types of gear and weapons officers use while confronting active gunmen, Peter Hermann reports for the Annapolis Capital. County police were widely praised for their response to the shootings at the Capital Gazette newsroom, but as a matter of policy they review their performance after major events.