MarylandReporter.com, the 8-year-old nonprofit news website on state government and politics, and Maryland Matters, another member of the Institute for Nonprofit News, both met their 2017 News Match challenge grants, raising $28,000 each from hundreds of donors.

Contributions of up to $1,000 from individuals between Oct. 1 and Dec. 31 will be matched by the Knight Foundation, the MacArthur Foundation and the Democracy Fund in support of nonprofit news. The foundations offered $3 million in News Match funds to over 100 local, state and investigative news organizations across the U.S.

The donations support MarylandReporter.com’s original reporting on state government and politics and its daily State Roundup of news from over 50 news sites and blogs. Its daily email newsletter goes to more than 8,500 people, with 20 to 30 new subscribers each week.

MarylandReporter.com also publishes stories every Friday from the experienced environmental reporters at the Bay Journal, and regularly publishes the work of the student journalists and professional editors at the University of Maryland’s Capital News Service.

MarylandReporter.com will host a Thank You Happy Hour for News Match donors of $100 or more on Feb. 28 at Harry Browne’s across from the State House. Billed as “The Bar of Public Works,” the guest bartenders are Gov. Larry Hogan, Comptroller Peter Franchot and Treasurer Nancy Kopp. A limited number of sponsorships and tickets for the second hour are available. 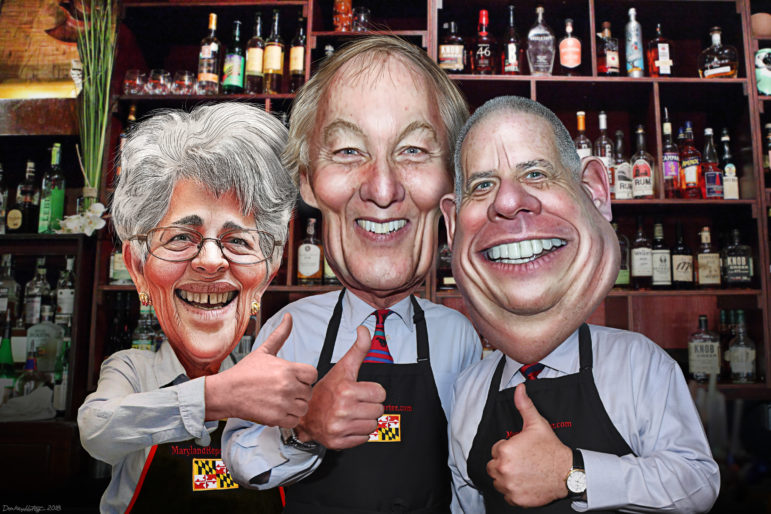 The need for nonprofit news

“Trusted nonprofit news organizations like MarylandReporter.com are essential to building stronger communities, holding our decision makers accountable, and providing people with the information they need to contribute to civic change. Ensuring they have a bright future is in all of our interests,” said Jennifer Preston, Knight Foundation vice president for journalism.

MarylandReporter.com was launched with foundation funding in 2009 by Len Lazarick, a veteran State House reporter for the Baltimore Examiner and Patuxent Publishing who had also worked as a copy editor at the Washington Post and International Herald Tribune.

Maryland Matters was launched last year by Josh Kurtz, the well-known political reporter for the former Gazette Newspapers. With a $100,000 grant from the Robert W. Deutsch Foundation, Maryland Matters has added two veteran reporters to the State House press corps, Bruce DePuyt and Bill Zorzi. They have added to the depth and breadth of coverage of this year’s Maryland General Assembly.

While seen as news competitors, MarylandReporter.com links to Maryland Matters stories and incisive political analysis by Kurtz in its daily State Roundup.

While some readers see MarylandReporter.com as right-leaning and Maryland Matters as left-leaning, both nonprofit organizations are committed to fair, accurate, ethical and a balanced reporting, though sometimes with a point of view.

Zorzi did a long nostalgia piece last week about what it was like to cover Annapolis 30 years ago.

The number of reporters has been cut in half over the past decade, but much of the work of the General Assembly is more accessible than it was even 10 years ago.

The Maryland General Assembly website is still not always easy to navigate by inexperienced users, but it contains a wealth of information, including live streamed and archived videos of hearings, bill texts, fiscal notes, reports, committee votes (non-searchable), and chamber roll call votes (though usually a day or two after the vote.)

With the live streaming and archiving, it is now possible to cover hearings remotely, as many reporters do.

What’s still missing for public accountability and transpaat large is video streaming and archiving of the full sessions of each chamber. The audio has been available for many years, but since the rules of both the House of Delegates and Senate do not allow the use of a legislator’s name (which might make debate too personal), you cannot know who’s speaking without recognizing their voices.

There are also no videos of committee work sessions and voting sessions, when some of the most crucial legislative work occurs.

And even if this video coverage happened, there is still the need for reporters to offer context and perspective, summaries of the most important actions time pressed readers, and what goes on behind the scenes, the hardest reporting to do,