LURING AMAZON HQ2 TO MO CO: Gov. Larry Hogan will offer more than $3 billion in tax breaks and grants and about $2 billion in transportation upgrades to persuade Amazon.com to bring its second headquarters and up to 50,000 jobs to Montgomery County, Robert McCartney and Ovetta Wiggins of the Post are reporting. It appears to be the second-most generous set of inducements among the 20 locations on Amazon’s shortlist, behind New Jersey’s $7 billion offer.

UNRELIABLE POLICE STATS: In an effort to track how police officers are treating minorities, the Maryland General Assembly passed a law requiring police departments to report whom they stop and search, writes Lindsay Huth for Capital News Service in the first of a four-part series in MarylandReporter. But 17 years later, the statistics that the police departments around the state are filing are incomplete and unreliable, a CNS analysis has found.

FIGHT OVER LAWYERS MALL: Chase Cook of the Annapolis Capital reports on the storied history of Lawyers Mall in Annapolis, a gathering place for advocates and protesters of all stripes. Now, the ACLU of Maryland and the Caucus of African American Leaders are leading a charge against the Department of General Services, the state body responsible for saying who rallies when and where. The two groups argue the state’s rules against raising money during rallies is a violation of free speech.

PURPLE LINE DELAY: Maryland Transportation Secretary Pete Rahn revealed Thursday that the state is anticipating a delay in opening the Purple Line, Andrew Metcalf of Bethesda Beat reports. The state has projected that the light-rail line will open in the spring of 2022, but Rahn said the delay will likely mean it opens later that year.

CELEBRITIES EYE MD RACE FOR GOVERNOR: The Koch brothers. George Soros. Dave Chappelle. Silicon Valley executives. Hollywood actresses. Across Maryland — and across the country — the rich and famous are choosing sides in the Free State’s 2018 race for governor, reports Luke Broadwater for the Sun.

FRACKING FIGHT: A coalition of a half dozen environmental groups say they will boycott a state hearing on a proposed natural gas pipeline, calling the Maryland Department of the Environment’s review “illegitimate.” State regulators are scheduled to host a hearing this evening in western Maryland — a continuation of a December meeting — to take public comment on the proposed Potomac Pipeline project, Bryan Sears reports for the Daily Record.

HOGAN SEEKS DRILLING EXCLUSION: Gov. Larry Hogan and six other governors of Atlantic states have asked the federal government to be excluded from the Trump administration’s off-shore drilling expansion, reports Erin Cox in the Sun. The bipartisan group of governors wrote to Interior Secretary Ryan Zinke last week asking for the same exemption granted to Florida.

CLIMATE CHANGE AFFECTS THE POOR: In an op-ed for the Post, Gerald Stansbury of the NAACP’s Maryland State Conference, writes about how climate change is affecting African Americans disproportionately, writing that African American and lower-income communities will struggle the most and have fewer options for coping on this dangerously hotter and more polluted planet.

BAIL REFORM: The commercial bail system is unfair, unsafe, costly and racially biased. Thankfully, Maryland and a handful of other states now lead the nation in moving away from it, opines Michael Walter of the open Society Institute in an op-ed for the Sun. At a recent House Judiciary Committee hearing on the impact of the rule change, Baltimore County State’s Attorney Scott Shellenberger, who initially opposed the change, suggesting it represented a threat to public safety, acknowledged that he had been wrong.

OAKS GETS TWO TRIALS: A federal judge ruled in favor of state Sen. Nathaniel T. Oaks (D) on Friday, granting a defense motion for two separate trials on fraud and obstruction of justice charges against him, writes William Zorzi for Maryland Matters. Judge Richard D. Bennett found that “there is a risk of prejudice to the defendant,” were Oaks to be tried on all the charges at one trial. The 10 charges arise from a separate — though related — series of incidents.

***KNOW YOUR MARYLAND FARMERS: From the mountains of Western Maryland to the sandy coastal soils on the Eastern Shore, Maryland farm families grow just about every kind of crop you can imagine. What they all have in common is a desire to be the best at what they do: growing the highest quality food, feed and fiber products for their families and yours. Meet Maryland’s farmers. SPONSORED CONTENT***

REDSKINS STADIUM: Three politicians from three jurisdiction are teaming up across partisan lines, seeking to prevent their governments from waging a bidding war with public money to build a new stadium for the Washington Redskins, Alan Suderman of the AP reports. The liberal Democrat in Maryland (David Moon), a conservative Republican in Virginia and left-leaning independent District of Columbia Council member have introduced legislation to set up an interstate compact barring any public spending on incentives for a new stadium.

HOGAN’s ZINGER: Maryland Matters’ Political Notebook kicks off with a zinger launched by Gov. Larry Hogan toward the long-serving members of the General Assembly, but points out that many older Americans might not take so kindly to the remark.

PRIMARY RACES ARE ON: Two first-term delegates seeking to oust senior state senators in Democratic primaries this June raised more than $100,000 in the past year, putting themselves in strong financial positions for the last five months of the campaign. Those are some of the nuggets from the annual campaign finance reports that candidates for state and local offices released last week, writes Josh Kurtz for Maryland Matters.

VAN HOLLEN ON TRUMP’s 1st YEAR: U.S. Sen. Chris Van Hollen, who delivered the Democrats’ weekly address, said that President Trump’s first year in office has been marked by harmful policy choices, inflammatory rhetoric and a failure to addresss key issues. The address coincided with Trump’s first anniversary in office. Van Hollen faulted the president for not focusing early on infrastructure renewal — a frequently mentioned campaign pledge. Instead, he said, Trump pursued policies to “destroy” the Affordable Care Act, weaken America’s response to climate change and enact “a tax scheme” that benefits the wealthy. Bruce DePuyt writes of the speech for Maryland Matters.

CAMPAIGN FOR PG, FOR BAKER: It’s big and blue and has a giant arrow pointing toward the sky with a three-word slogan underneath: Experience. Expand. Explore. That is the message Prince George’s County officials want visitors to consider as they drive into the Washington suburb that is Maryland’s second-most-populous county.The campaign also happens to fit perfectly with the pitch County Executive Rushern L. Baker III (D) is making in his 2018 gubernatorial bid: Look what he did for the county. Imagine what he can do for the state, writes Arelis Hernandez for the Post.

OPIOIDS DOMINATE CANDIDATE FORUM: The candidates forum had the feel of a group-therapy session at times, as three of six Democrats running for an open congressional seat shared stories of close relatives who overdosed on opioids. A brother-in-law. A nephew. A father. Drug addiction has emerged as a central issue in the race to replace outgoing Rep. John Delaney (D-Md.), as candidates nursing personal loss find common ground with the residents they seek to represent on Capitol Hill, Jenna Portnoy reports for the Post.

MO CO COUNCIL RACE: Ben Shnider of Rockville, a political operative and civic activist, raised more than $156,000 during the past year in his bid to oust District 3 County Council member Sidney Katz of Gaithersburg in this June’s Democratic primary, according to campaign finance reports filed Wednesday. Shnider reported having about $112,150 in his campaign treasury as of the report’s cutoff date of Jan. 10. That put him ahead of Katz, who reported almost $64,600 in cash on hand, Louis Peck reports for Bethesda Beat. 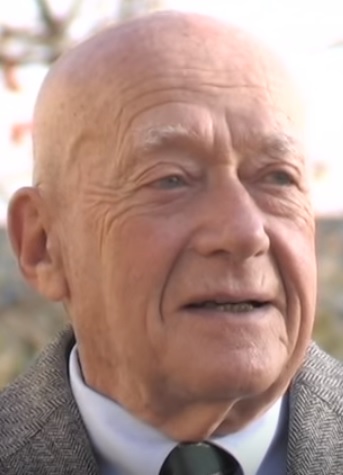 KINGDON GOULD DIES: Kingdon Gould Jr., who expanded a family fortune by astutely investing in Washington and Baltimore properties, and also served as an ambassador to The Netherlands and Luxembourg, died Tuesday of complications from pneumonia at his North Laurel home, writes Jacques Kelly in the Sun. He was 94. Mr. Gould bought real estate — including parking lots in downtown Washington and Baltimore — and became a developer. He was active in Republican political circles and helped found the Glenelg Country School in Howard County. (Mr. Gould in recent years was a major donor to MarylandReporter.com and he also financed one of newest and finest buildings in the revitalization of downtown Columbia, Little Patuxent Square.)