NATIONAL HARBOR TOPS CASINO TAKE: Approaching its first anniversary, MGM National Harbor generated more than $50 million in revenue in October, while revenue at Horseshoe Casino Baltimore dipped again from a year earlier, Jeff Barker reports in the Sun. Topping $50 million in monthly revenue for the sixth time since opening last December, MGM National Harbor’s $51.9 million was again more than any of the state’s other five casinos, according to figures released Monday by the Maryland Lottery and Gaming Control Agency.

BA CO ED BOARD TO VOTE ON CALENDAR: The Baltimore County school board is scheduled to decide today whether to keep schools open on two of the most important holy days in the Jewish calendar. If board members decide to do so, it would be the first time in about two decades that students would be required to attend school on those days, Liz Bowie of the Sun reports.

SOME COLLEGES FACE TAX HIT: Some Maryland colleges would have to pay taxes on investment earnings under the tax legislation proposed by Republicans in the U.S House of Representatives. Tim Curtis of the Daily Record reports that the colleges warn that the taxes could lower the amount of money they have to spend on financial aid and student support.

FROSH ASKS SUPREMES TO REJECT DISTRICTING CHALLENGE: Maryland’s attorney general is asking the Supreme Court to reject the appeal of 6th District Republicans challenging the state’s congressional district map, Danielle Gaines of the Frederick News-Post reports. In a filing last week, Attorney General Brian Frosh  asked the Supreme Court to affirm a U.S. District Court decision not to impose a preliminary injunction that would have required a new statewide map before the 2018 election.

NEW FACES IN MARYLAND PART 1: Maryland Reporter runs the first of a four part Capital News Service series on the changing demographics of Maryland that immigrants bring and what benefits and challenges occur. In Part 1, Jessica Campisi speaks with professors who analyze those changes..

LAWMAKERS SUE FOR TRUMP INFO: Maryland Reps. Elijah Cummings, Jamie Raskin and other House Democrats said last Thursday they have filed a lawsuit to force the federal government to turn over information about the operations of President Donald Trump’s downtown hotel, according to the Capital News Service’s Ashley Clarke and Jason Moseman. The frustrated lawmakers said they had been stonewalled by the federal government in their efforts to learn more about the highly visible Trump International Hotel, located in a leased federal building known as the Old Post Office, just blocks from the White House.

ANNAPOLIS VOTES: As Annapolitans get ready to go to the polls to vote for mayor and city council candidates, Danielle Ohl and Selene San Felice of the Annapolis Capital report on a last-minute write-in council candidate and what voters can expect from the day.

2 MAY SEEK PUBLIC FINANCING: Only two of the eight Democrats vying to replace Gov. Larry Hogan (R) in 2018 say they might seek public matching funds for their primaries, which Hogan did during his underdog run nearly four years ago, Ovetta Wiggins of the Post reports. Most of the candidates, who are scrambling to raise money, said the state’s public financing system comes with too many restrictions and would not provide enough money for a competitive bid.

POWER OF ENDORSEMENTS WANES: In a column for his Political Maryland blog, Barry Rascovar writes that once upon a time, campaign endorsements mattered. Some of those nods of approval even tilted elections. That’s no longer the case in Maryland. The power of an endorsement is waning as the communications revolution provides multiple sources of information about candidates running for office.

2018 A CONSEQUENTIAL ELECTION? In a column for Maryland Matters, Josh Kurtz writes that now that the 2017 elections are also behind us, the 2018 election can begin in earnest. And what a cycle it’s going to be in Maryland! Every few years, political professionals postulate that it’s going to be the most consequential election in recent history. This time, they might actually be right. 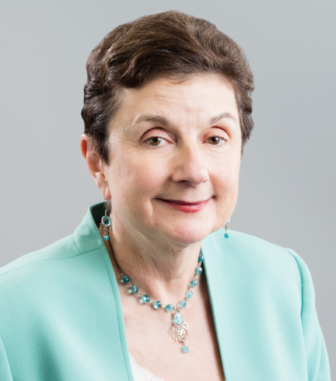 KRASNOW’s MO CO RACE: A fifth Democrat – and the first woman – has entered the wide-open race for Montgomery County executive — Rose Krasnow, deputy director of the county’s planning department and a former three-term mayor of Rockville, Rachel Siegal of the Post writes. Krasnow, 66, filed a notice of intent to run under the county’s public financing program on Friday and plans to formally announce her candidacy to lead Maryland’s largest jurisdiction on Thursday.

UPDATING MONTGOMERY CANDIDATES: This is an updated list of candidates for local, state and federal office in Montgomery County as best as MarylandReporter.co could determine as of November 7, 2017. This week two Republicans entered district races, a member of the Armenian community joined the county council at-large race – making it at least 26 candidates now – and former Rockville City Mayor, Rose Krasnow, becomes the first female to enter the race for County Executive.

MO CO MINIMUM WAGE VOTE: The Montgomery County Council is set to vote today on a new version of a $15 minimum-wage bill, the latest attempt by Maryland’s largest jurisdiction to become one of the first suburbs in the nation to adopt such a wage, reports Rachel Siegel in the Post. The issue has divided the council, activists and members of the business community in Montgomery.