OCEAN CITY, Maryland–As the summer tourism season comes to a close in Ocean City, Maryland, many businesses fear they may soon lose much of their seasonal workforce if the Trump administration cancels the J-1 visa program.

The White House may be considering reducing the J-1 visa exchange visitor program, which brings in more than 100,000 students from foreign countries to the U.S. each summer, often to work in tourist destinations like Ocean City, according to a recent report in the Wall Street Journal.

President Trump is considering reducing the J-1 program as part of his “Buy American and Hire American” executive order he issued in April, which calls for a review of U.S. immigration rules to make sure that the interests of American workers are protected, according to the Wall Street Journal report. 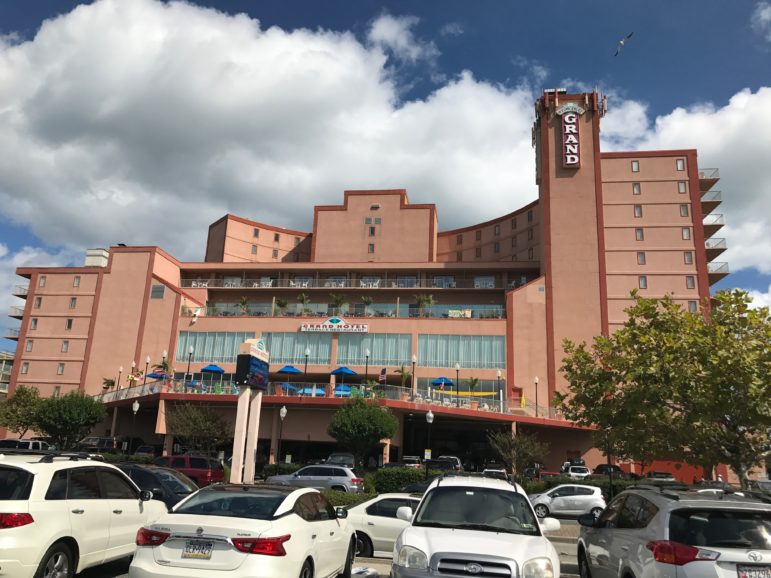 “We wouldn’t be able to function and would probably have to shut down at least half of the hotel,” if the J-1 program is cut, said Greg Dominguez, front office manager at the Grand Hotel and Spa. The hotel employs about 100 J-1 students each summer.

The hotel would struggle, Dominguez said, because the J-1 students take on so many different roles. The students are front office clerks, housekeepers, maintenance workers, servers and cooks.

“Here at Ocean City, we typically see about 4,000 workers that come over,” said Melanie Pursel, executive director of the Greater Ocean City Maryland Chamber of Commerce. “They come to Ocean City usually around May or June and work for about three months.”

Whether the J-1 program will share the same fate as DACA — the Deferred Action for Children Arrivals that is ending in six months — is still up in the air, one work exchange advocacy group said last week.

“We don’t have any more information yet,” said Ranit Schmelzer, communications consultant for the Alliance for International Exchange. 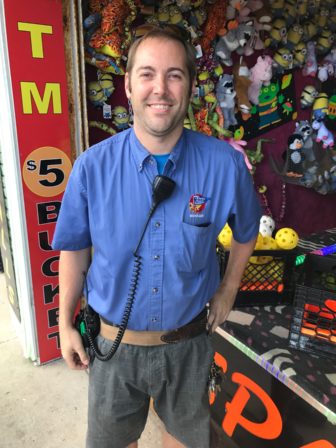 Many young Americans simply don’t want to work for only three months, said Brooks Trimper, operations manager at Trimper’s Rides, an amusement park on the boardwalk that employs about 130 J-1 students each summer.

“I’m offering great, fun jobs for three months and I can’t really get a lot of people that want to take those jobs.”

He said that most Americans are searching for year-round work.

For others, simply commuting to Ocean City each day to work can be a problem. Young kids in nearby cities might want to work but lack transportation, Jones said.

Local business owners agree that without the international students, Ocean City would struggle to operate.

“I’m not sure we will survive if the J-1 visa program is gone,” said Trimper. Trimper’s employees have to be at least 18 to operate the rides, so that excludes many high school students; meanwhile many U.S. college students go back to school in mid-August.

But it’s not just the Ocean City businesses that would suffer.

A cultural exchange program too

“It’s more than just a work program,” said Pursel, “it’s really a cultural exchange program and these students really give a lot to the guest experience as well.” She said that the guests enjoy learning from the students and hearing about their home countries.

The J-1 students also learn what it’s like to live and work in America. 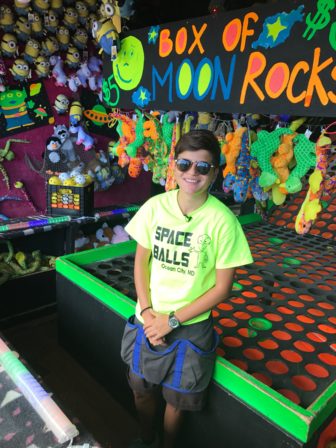 Ana Pirnea, 24, from Romania, works as a ride operator at Trimper’s and this is her second year as a J-1 student. She worked in Myrtle Beach, S.C., last summer. She said that the students are not mainly here for the money. “They are here just to feel the American experience,” she said and “to have fun.”

She said she was inspired to come to America as a J-1 student after one of her friends spent the summer in Atlanta and told her how amazing the experience was.

Robert Stoica, 23, from Romania, is also a ride operator at Trimper’s and he sees the J-1 program as a “win-win” for both the students and the businesses: “It’s one of our only chances to visit the U.S. and to experience the U.S. lifestyle” and the J-1 students help the businesses. The students also get to improve their English, said Stoica.

This is Stoica’s second year as a ride operator at Trimper’s. He said the program has helped him mature because he is so far away from home. “I’m 8,000 miles from home,” he said. “If something happens I cannot call my mother, ‘Mama something happened, I need help.’ No, I have to deal with it.”

A month to tour the U.S.

One of the biggest perks for many J-1 students is that after their three months of work, they get a month to tour the country before going back to their home countries.

Stoica explored much of the East Coast last year and said he plans to explore the West Coast this year.

Kristi Dencheva, 21, from Bulgaria, works at both The Dough Roller and Dippin’ Dots ice cream. She arrived in Ocean City in late May and will finish in early October. In August, she got to visit Niagara Falls. “It was my biggest dream,” she said.

Though the students are around for only three months, the businesses—and the community as a whole—treat them quite well, said Pursel.

“The businesses treat all of their employees like family,” said Pursel. “This is a very small town at heart here in Ocean City.” 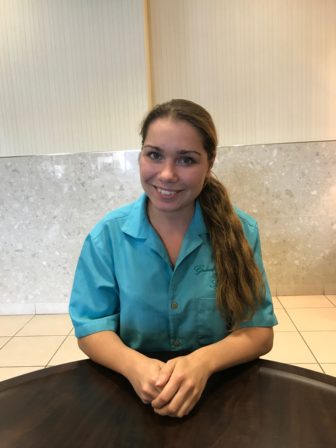 Nikola Stefancinova, 24, from Slovakia, works the front desk at the Grand Hotel and Spa. She said that the hotel often organizes lunches for the students. There is also an employee of the month at the hotel, awarded exclusively to J-1 students—Stefancinova received a $50 credit card for winning last month. “With the Americans we work with, we are treated as equals,” she said.

A local Presbyterian church offers free meals to J-1 students every Monday and a free surfing school each Wednesday. “I appreciate what the church does,” said Stefancinova.

There is even an Irish Outreach Center that helps those students with housing and any other issues. There are about 300 Irish students in Ocean City, said Rick Fairbend, who, along with his wife, Pat, opened the center earlier this year. The center’s Facebook page says that “If you need bedding, towels, pots and pans, tea pots plus other items stop in. Or if you just need a shoulder to lean on we are here for you.”

Ultimately, the students return to their home countries with fond memories and stories. “They give America good press,” said Trimper. “We need that right now.”

Karen Davis is fond of chickens — but not chicken 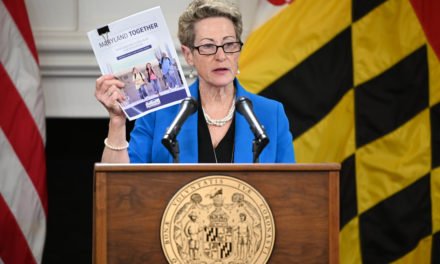