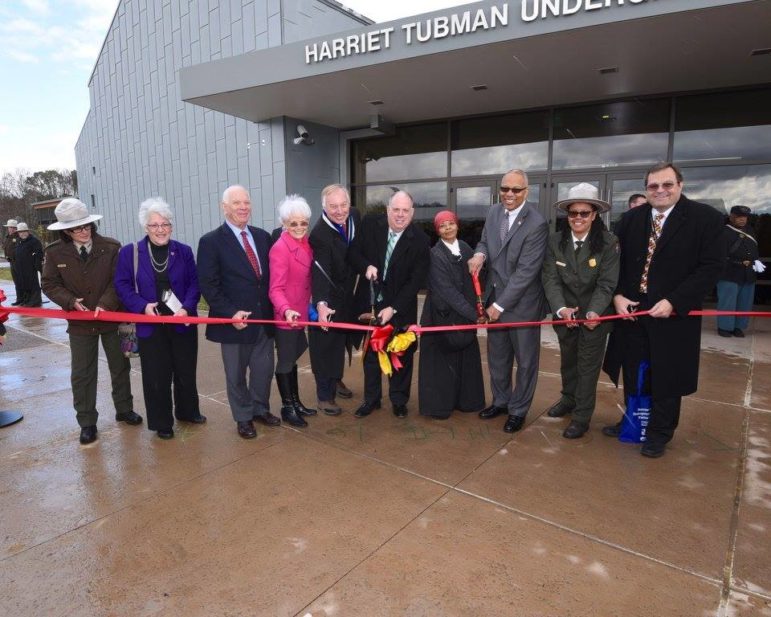 REDISTRICTING REFORM: Senate President Mike Miller told MarylandReporter.com last week that a version of redistricting reform that incorporates some aspects of Gov. Larry Hogan’s proposal for an independent commission might move out of Senate committee. Miller was referring to a bill sponsored by Sen. Craig Zucker, SB1023, which Miller and majority of Senate Democrats have cosponsored. It had a hearing last week. Zucker said he did model some provisions on the governor’s plan for an independent commission by not allowing elected officials or lobbyists to serve on the commission.

But Zucker’s proposal is substantially different from Hogan’s. It covers only congressional reapportionment, not legislative redistricting; it allows legislative leaders of both parties to name a majority of the commission; and it only goes into effect if five other nearby states create the same sort of independent commission.

HOGAN BUDGET GETS INITIAL OK: The House Appropriations Committee approved Gov. Larry Hogan’s $43.5 billion budget Friday, along with a companion measure needed to bring it into balance. The measure will go to the House floor Monday, with the first votes on proposed amendments expected Wednesday. The legislation is expected to pass by the end of the week. It will then go to the Senate, Michael Dresser writes in the Sun.

MEDICAL REFUGEES: Meredith Cohn and Erin Cox of the Sun write of medical refugees leaving the state: A few months after the Inman family traipsed the State House halls to press lawmakers to legalize medical marijuana, doctors wanted to cut open their son’s head, again. But now, with Maryland’s medical marijuana market still years away, the Inmans and others in need of medical marijuana have moved from the state to Colorado Springs, Colo. They are medical refugees in a state where doctors and parents had for years extolled the benefits of cannabis oil for epileptics. “If the choice is cut your kid’s head open or try an oil, you try an oil,” Alex Inman said.

PAID SICK LEAVE: A bill that would require Maryland companies to give sick leave to workers is advancing in the state Senate, with a final vote likely this week. On Friday, the Senate changed the bill to require that companies give at least five days of sick leave to full-time workers — paid leave for companies with 15 or more employees, and unpaid leave for smaller companies, Pamela Wood reports in the Sun.

HOUSE SENDS FRACKING BAN TO SENATE: The House of Delegates voted by a veto-proof margin on Friday to ban the natural gas extraction method known as fracking in Maryland, sending the bill to the Senate, Michael Dresser reports in the Sun. Delegates voted 97-40 — 12 more than needed to override a possible veto by Gov. Larry Hogan — after a lengthy debate during which lawmakers from Western Maryland pleaded with their colleagues not to stand in the way of what they portrayed as an economic lifeline for the struggling region.

PRO-FRACKING DELEGATE OWNS GAS RIGHTS:  Maryland lawmaker who is a leading proponent of hydraulic fracturing could profit from the controversial gas-extraction process if the state decides to permit it, because he owns land and mineral rights in Garrett County, reports Josh Hicks for the Post. Del. Wendell R. Beitzel (R-Garrett) has said little publicly about the possibility that he could make money off gas royalties if the legislature allows a moratorium on fracking to expire in October.

OFF-SHORE WIND HEARINGS: Hearings starting today could determine whether Maryland becomes a leader in the development of offshore wind power in the United States.The Maryland Public Service Commission will begin what could be two weeks of hearings on proposals from two developers to build wind farms in the Atlantic Ocean off Maryland, reports Sarah Gantz in the Sun.

HOUSE REMOVES GOVERNOR FROM PAROLE DECISIONS: The House of Delegates voted Friday to remove the governor from the process of deciding whether a convict serving a life sentence can be paroled, leaving that decision in the hands of the Parole Commission. The 79-55 vote sends the bill to the Senate, which is considering a similar bill, Michael Dresser of the Sun reports. This is six votes shy of those needed to override a veto of a bill that Hogan has criticized.

***MBRG LUNCH WITH HOGAN POSTPONED: Tuesday’s luncheon with Gov. Larry Hogan by Maryland Business for Responsive Government has been postponed due to the snowstorm. It will be rescheduled for a later date.***

SUNSHINE ON GOVERNMENT: If you need to find your local government office in Maryland, there’s a good chance the address is on the web. But, report Jeremy Cox of the Salisbury Daily Times and Andrew Schotz of the Frederick News Post, if you want to know when the office is open, the answer might be trickier to find online. Journalists reviewing local government websites for a new Maryland-Delaware-D.C. Press Association study found that basic detail less than 60% of the time.

AIRBNB BILL LIKELY TO DIE: Senators on a key committee made it clear Friday that they’re not likely to approve legislation to regulate and tax short-term rental properties that are advertised online. Members of the Senate Finance Committee expressed little interest in passing a bill during a work group meeting on the issue Friday afternoon, Pamela Wood writes in the Sun.

RALLYING IN ANNAPOLIS: Moms in superhero capes. Hunters in bright orange hats. Hordes of students in school uniform. A former candidate for governor leading a drum circle. Stop by downtown Annapolis almost any day of the week during the General Assembly’s 90-day session, and you’re likely to see people assembled and advocating for a cause. Whether it’s paid sick leave, Second Amendment rights, support for private schools or protesting the Dakota Access Pipeline, Marylanders this session have continued the time-honored tradition, reports Amanda Yeager for the Annapolis Capital.

PUGH OUTLINES SCHOOL BUDGET PLAN: Baltimore Mayor Catherine Pugh and state lawmakers outlined a proposal Friday designed to give the city school system a reprieve from its annual ritual of plugging budget holes — but the sources of money for the deal have yet to be finalized and the plan wouldn’t entirely close a funding gap the schools face for the coming year, reports Ian Duncan for the Sun.

A BOY, A MINERAL & THEIR LOBBYIST: David Shore was by far the smallest person in the Education, Health and Environmental Affairs Committee Tuesday. But if anyone underestimated the boy from Bethesda, writes Bryan Sears for the Daily Record, they soon had their mistaken impression corrected.This was not the first time before a committee in Annapolis for Shore, who is asking the General Assembly to designate an official state mineral. This time the 10-year-old brought a lobbyist.

JUNK SCIENCE: In an op-ed for the Sun, scientists Alex Berezow and  Josh Bloom opine that the Children’s Environmental Health and Protection Advisory Council, an agency within Maryland’s Department of Health and Mental Hygiene, has recommended that schools reduce or eliminate students’ exposure to Wi-Fi because it believes wireless signals might cause cancer. This is pure, unadulterated junk science.

BANNING FOAM FOOD PACKAGING: All expanded polystyrene products used for packaging food products, including foam carriers, could be banned from all Maryland food businesses if pending legislation is passed in the General Assembly this session, Cara Newcomer reports for Capital News Service.

HARRIS MEETS CONSTITUENTS: Health care dominated discussions between Rep. Andy Harris and several dozen constituents who met with the congressman Saturday at his Bel Air district office, Jessica Anderson writes in the Sun. The small-group sessions that heavily focused on the future of the Affordable Care Act came in the midst of criticism from some who said the Republican congressman had not provided more opportunities for them to discuss their concerns since President Donald Trump took office.

HOGAN & THE TRUMP FACTOR: Gov. Larry Hogan’s popularity remains sky-high and he continues to skirt controversial social issues that could bring him trouble with liberal voters while losing the backing of GOP conservatives, opines Barry Rascovar in an op-ed in the Sun. His prime objective is getting reelected in 2018 while dragging in with him enough Republican legislators to ensure a veto-proof state Senate. But it may be more difficult. The 2018 election is looking more and more like a national referendum on Donald Trump’s manic, unpredictable presidency.

CHALLENGING HOGAN: In a commentary for Maryland Matters, Josh Kurtz scans the horizon for all the Democratic hopefuls for governor and ponders the possibilities of someone upending Gov. Hogan’s likely return to the Annapolis for a second term. There are plenty of people dipping their toes in the water. But besides the usual suspects, who else is out there?