RENEWABLES VETO OVERRIDE: A Senate vote to increase the state’s Renewable Energy Portfolio Standard and override Gov. Larry Hogan’s veto from the 2016 session was postponed Thursday for a week, Daniel Menefee is writing in MarylandReporter.com. The bill would mandate that 25% of all electricity consumption in the state come from renewable energy sources by the year 2020. The measure ups the renewable energy goal from the current 20% by 2022.

ENVIRONMENTAL SUMMIT: Meanwhile, a boisterous crowd of more than 300 activists packed the annual Environmental Summit Thursday in Annapolis, where they prepared to fight for environmental measures before the General Assembly. Top legislative leaders promised the activists that they would override Gov. Larry Hogan’s veto of a bill that requires a greater portion of electricity, Pamela Wood of the Sun writes.

FRACKING BAN UNLIKELY: If Maryland lawmakers want to pass a fracking ban during the General Assembly’s current session, they need to get it past Baltimore Sen. Joan Carter Conway, chairman of the Senate committee that oversees environmental legislation. And as Conway told a room full of environmental activists in Annapolis on Thursday, that that’s not likely, Rachel Baye of WYPR-FM reports.

ACA ENROLLMENT RISES: Enrollment in the Maryland Health Exchange thus far has been climbing at faster rates than in previous years, while President Donald Trump and the Republican-led Congress have taken their first steps to repeal the Affordable Care Act. As of Monday, more than 465,500 Marylanders had enrolled in the Maryland Health Connection since it opened on Nov. 1, surpassing the 457,862 who had enrolled by the same date last year. The enrollment period ends on Jan. 31, Natalie Schwartz of CNS reports.

BLOCKING INDIVIDUAL MINIMUM WAGE HIKES: Del. Dereck E. Davis, the chairman of the House Economic Matters Committee, wants to ban counties and cities from increasing minimum wage in their individual jurisdictions, a proposal that is likely to pit progressive Democrats who have embraced a national push for a $15 hourly wage against the party’s center- and right-leaning members, Ovetta Wiggins and Bill Turque of the Post report.

CITY PROTESTS STATE ON MINIMUM WAGE: Baltimore City Council members spoke out Thursday against a General Assembly bill that would block the city and other jurisdictions from raising the minimum wage above what’s approved by the state, Luke Broadwater of the Sun reports.

MO CO & A MINIMUM WAGE HIKE: A bill requiring a $15-an-hour minimum wage in Montgomery County was vetoed by County Executive Ike Leggett earlier this week. While the executive’s “reluctant” veto of the bill ended the plan that the County Council passed in a 5-4 vote, Leggett presented the framework for an alternative minimum wage plan. Kojo Nnamdi of WAMU-FM discusses the possibility for a minimum wage increase in one of the region’s wealthiest counties. 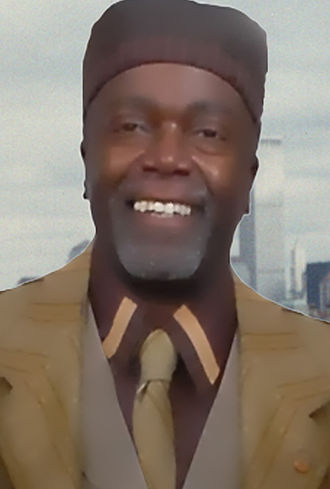 DEL. OAKS UP TO REPLACE SEN. GLADDEN: The Sun’s Carrie Wells reports that Del. Nathaniel Oaks will likely represent Northwest Baltimore in the Maryland State Senate after being unanimously recommended by Democratic Party officials on Thursday evening. Oaks was recommended by a panel of Baltimore City Democratic State Central Committee members to replace Lisa Gladden in Annapolis after the longtime state senator resigned before the start of the annual legislative session this year. Gladden, midway through her fourth term representing the 41st District, has multiple sclerosis.

TAX FRAUD CHARGES: Four Maryland residents are facing charges for tax fraud schemes that netted them tens of thousands of dollars as Comptroller Peter Franchot continues his push for greater enforcement powers for his agency, Heather Cobun of the Daily Record writes.

MILLER, BUSCH REFUSE TO TESTIFY: Republican challengers to a Maryland congressional district say they need testimony from the General Assembly’s Democratic leaders to prove their allegation in federal court that the district was unconstitutionally redrawn to favor Democrats. But, saying they have “legislative immunity,” Senate President Mike Miller and House Speaker Michael Busch counter they cannot be compelled to testify regarding what their motives were in voting to approve the redrawn 6th Congressional District in 2011, Steve Lash reports in the Daily Record.

SANCTUARY COUNTY: Two Howard County Council members plan to push forward with legislation to declare their county a sanctuary for undocumented immigrants, even after President Donald Trump announced his intention to crack down on such jurisdictions, Talia Richman of CNS reports.

99 WORKERS MOVED FROM STATE CENTER: The state government relocated 99 employees from Baltimore’s State Center complex last year, sparking concerns that more relocations could follow. News of the move emerged this week, as officials debate the future of the long-planned redevelopment of the aging government complex just north of downtown, Natalie Sherman and Pamela Wood write in the Sun.

WA CO HIGH SCHOOLERS TAKE COLLEGE COURSES: The number of high school students taking college courses has surged throughout the state, with Washington County students leading the pack, according to a legislative review presented Thursday. Tamela Baker of the Hagerstown Herald Mail reports that the report, compiled by the Office of Policy Analysis of the Legislative Services Department, was presented as part of a budget overview to a Senate subcommittee on education and business.

GA SUPPORT FOR AA LIQUOR BOARD ACTION: An Anne Arundel County Council request to grow the Liquor Board’s ranks has found sponsors in the General Assembly. Last July, council members passed a resolution asking the legislature to consider expanding the number of members on the county’s Board of License Commissioners from three to seven, in an effort to increase accountability, Amanda Yeager reports in the Annapolis Capital.

CUMMINGS TO MEET TRUMP ON DRUG COST: U.S. Rep. Elijah E. Cummings pledged Thursday to “use whatever time I have here on this earth to fight back” against the threats he sees to U.S. democracy, as President Donald J. Trump called for an investigation of voting practices and signed executive orders to change course on trade, immigration and the environment, Natalie Sherman of the Sun reports.  At the same time, the Baltimore Democrat said he is “looking forward” to meeting with Trump to discuss ways to reduce the cost of prescription drugs. The story is topped by a short interview with Cummings on Trump’s call to meet with him.

FEDERAL HIRING FREEZE: Maryland congressional leaders say they are troubled by a federal hiring freeze, one of the first actions by President Donald Trump. It’s a move that could have a deep impact on Maryland, home to nearly 150,000 federal jobs at last count. “The federal hiring freeze is a transparent ploy to prevent government from functioning effectively. America needs an effective workforce every day, not one that is being dismantled by the president,” U.S. Rep. Jamie Raskin, D-8th, said this week in a statement, which also called on the president to end the freeze. The story is reported by Danielle Gaines in the Frederick News Post.